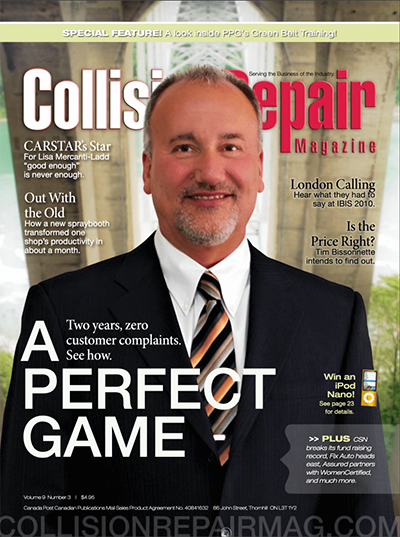 It has been eleven years since Bob Prest and his Cataract Collision Centre were featured on the cover of Collision Repair Magazine, and operations at the facility have continued on smoothly for the business, he said.

The past decade hasn’t been without a few changes, though, admits Prest. He told the magazine Cataract Collision is no longer under a banner, a move he says makes a “big difference” in the modern collision repair landscape. The business has also been hard at work attaining OEM certifications, of which they tout nine.

Prest says the success of the 47-years-running operation can be accredited to two things: the business’s long history and reputation in the Niagara Falls area and its loyal customer base. In fact, Cataract Collision boasts a tasteful five-stars across the board on its Google and Facebook review pages. As for the future, Prest puts it quite simply.

“ Adaptation moving forward will be the key to success.” 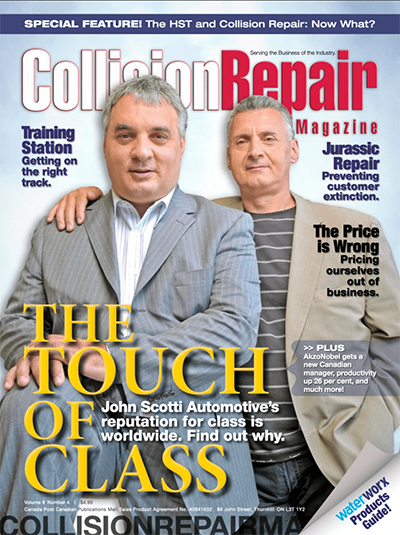 John Scotti, owner of multiple John Scotti Automotive locations in Montreal, started his career at just 15-years-old. In fact, he was the youngest technician to get his first-class card from the Comité Paritaire de l’Automobile de Montréal.

Scotti’s hard work led him to starting his own company, with the help of his father in 1977 called John Scotti Automotive. Scotti always had the goal of providing the best range of luxury and old vehicles in Montreal. He quickly expanded his dealership network and the car brands they offer, which include but are not limited to Lotus, Volvo, Alfa Romeo and Suburu. Scotti believes that what has kept him in the automotive industry this long is his ability to adapt to the constant changes the industry has had over the years, and his focus on excellent customer service.

Over the course of his career, Scotti makes sure to give back to the communities that have helped him become what he is today by raising money for associations like the Starlight Children’s Foundation. 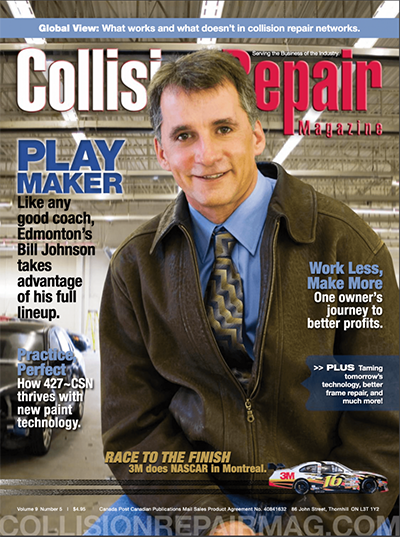 Repairs may be more complex nowadays, says Bill Johnson, who touts a more than 35-year career in the collision repair industry, but they’re also a heck of a lot more fun. “There are a lot more skills needed to complete repairs today, compared to when I first started,” says Johnson. “You have to really pay attention if you want to succeed at it. It’s a lot more complicated—and a lot more fun.”

While Johnson was featured on the Collision Repair cover in 2011 alongside the story and operations of Edmonton’s Empire Collision, he has since moved to British Columbia to work for Bannister Automotive Group, where he oversees the operations of six collision centres.

Johnson has been working in the industry since he was 17 years old—but what he enjoys most nowadays is passing his knowledge down to youngsters breaking ground in the industry. “With more than 35 years of experience, I find my biggest joy now is training, and teaching and showing the next generation of people how to be managers, estimators, and how it all works, so the collision industry can continue on with good people,” he said.