Münster-Hiltrup, Germany –BASF has inaugurated a new research centre at its German headquarters, where the coatings company will investigate the use of e-coat to “simulate [its] customers’ processes and paint systems” to paint pre-treated original parts like doors, fenders and hoods. The electrophoretic or cathodic dip coat (e-coat) process protects the surfaces, edges and cavities […]

Pittsburgh, Pennsylvania — Have you ever been cruising down the highway on a late-night drive and found yourself mesmerized by how the pavement lines seem to glow in the nighttime?  Well, the same technology is headed for powder coatings, courtesy of PPG’s partnership with rideshare company Lyft. PPG’s new powder coating, dubbed Envirocron LUM, is “the […]

Board Meeting: Registration for INDASA 2022 Battle of the Boards now open

Toronto, Ontario — Trade in your halfpipe for a spray booth, INDASA’s 2022 Battle of the Boards competition is on and bringing together the best painters from across the globe in a showcase of some of the refinishing industry’s finest work. This competition, held annually by New Jersey-based abrasives developer INDASA, tasks automotive painters with […]

Toronto, Ontario — BASF’s coatings division has been recognized by General Motors as one of this year’s Overdrive Award winners at the 30th annual Supplier of the Year awards ceremony in Phoenix, Ariz. As one of 31 companies to be honoured with the award, BASF was shown to demonstrate notable achievement in the areas of […]

Concord, Ontario – IGL Coatings has announced its partnership with Autobahn Auto Salon as its new exclusive distributor in Canada. This partnership brings IGL Coatings’ full range of products and ceramic coatings to Canadian autobody workers, including the award-winning Graphene Reinforced 10H Ecocoat Kenzo. “It is an opportunity of a lifetime as we are able […]

Toronto, Ontario — Axalta is taking a big step forward in the ongoing effort toward a more sustainable industry, announcing its commitment to reduce 50 percent of certain greenhouse gas emissions in its operations by 2030. This announcement pushes the global coatings developer into good position to achieve carbon neutrality by 2040, ten years ahead […]

Toronto, Ontario — The North American paint distribution powerhouses of Wesco Group and Albert Kemperle Inc. have joined forces, with the latter being integrated into the Wesco family. Albert and Mary Kemperle of Kemperle Auto Paint, Body and Equipment first opened their doors in Brooklyn, NY in 1940, expanding over the course of decades and […] 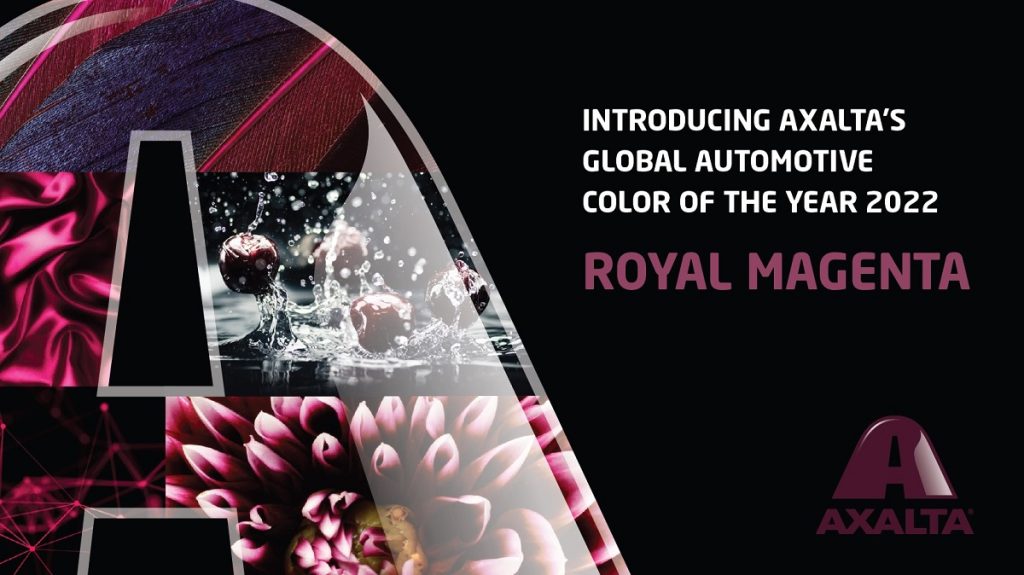 Philadelphia, Pennsylvania – The announcement of Axalta’s 2022 global automotive colour of the year, Royal Magenta, highlights the growing popularity of darker tones. Royal Magenta is a deep cherry colour with merlot and garnet hues, topped off with a luxurious, dark finish. Berry red in sunlight, it reveals a dark, mysterious look in the midnight […]