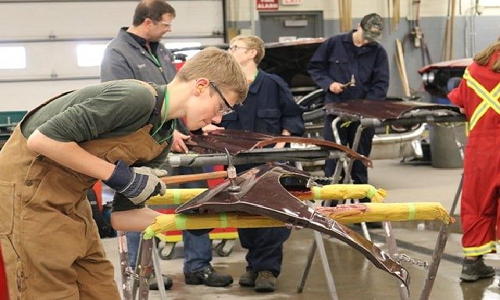 Toronto, Ontario — July 22, 2019 — While most kids in summer camps are learning to make bracelets, play the guitar, and dive off docks, one Saskatchewan summer camp is offering the same amount of fun but in a totally innovative way.

Saskatchewan Polytechnic is Saskatchewan’s primary post-secondary tech and skills training institute, but when school’s out for the summer, the kids take over to get a hands-on experience in the trades – with a heavy focus on auto bodywork.

Earlier this July, campers between the ages of 13 and 15 got to test out first-hand auto body repair as they were taught how to check oil, change tires, and even jumpstart a dead battery.

Safely supervised and led by industry experts, the campers got a taste of the trades were like while being molded into future repairers themselves.

“The students really got their hands dirty learning the basics of vehicle maintenance,” stated a representative from the camp. “It was so fun!”

The summer camp was also pleased to see a large turnout of female campers interested in welding and other hands-on trades. Known for their Girls Exploring Trades and Technology (GETT) program, the camp is determined to help young people enter the industry.

There has been a steady decline of students entering the automotive industry in the past years, and Saskatchewan Polytechnic believes the best way to introduce people to the trades is as a curious kid.

“[This camp] isn’t just sitting in a classroom,” reported Micah Knelsen, camper, and hopeful future tradeswoman to CBC. “It’s more fun and creative and gives you a lot of gateways.”

Knelsen isn’t wrong. Students at the camp didn’t only learn basic trades but branched into much more specific ones, such as minor-collision repair.

Campers in the GearHead program were able to align panels such and doors and hoods and mastered the art of refinishing a vehicle panel to take home at the end of the week.

“What strikes me the most is the creativity that the kids have, and are able to pursue through the camp experience,” reported Susan Crowley, Executive Director at CWB Welding Foundation. ” It’s so gratifying to see perceptions change, the potential for new career paths that they want to explore.” 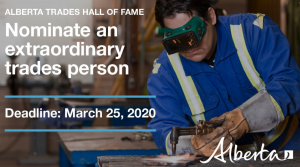