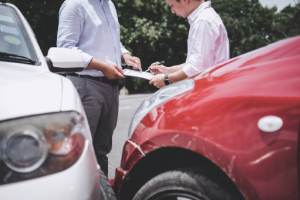 The Ontario Provincial Police (OPP) have released collision and fatality data for 2020, showing a decline in total collisions for the province but an increase in fatalities. Last year saw 26 percent fewer collisions than 2019, though the fatality rate was 22 percent higher.

A large number of deaths were deemed preventable and attributed to careless and dangerous driving behaviours. Sixty-two deaths were linked to speeding, 51 to alcohol/ drug use and 45 to driver inattention. Failure to wear a seat belt contributed to 55 driver/ passenger deaths. 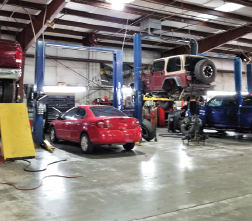 The Ontario government is hoping to clear the path for entry into the skilled trades industry as Minister of Labour, Training and Skills Development Monte McNaughton announced a $47 million investment into apprenticeship programs, according to a press release.

The new Achievement Incentive Program and the expanded Apprenticeship Capital Grant aim to get apprentices out the door and on the job by helping them complete their training and achieve certification. According to the press release, these programs are designed to support those who train apprentices, such as businesses, colleges and other training organizations. “This is a critical investment as our apprentices will be the ones who will help provide essential services and build our future hospitals, highways and homes,” said McNaughton.

The Achievement Incentive Program has the potential to offer an autobody shop a $1,000 payment once their apprentice reaches a new in-class training level or receives the highest level of trade certification. 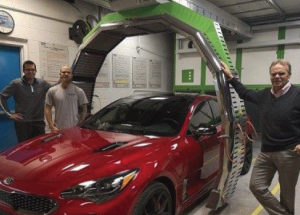 The machines are among us—more specifically among the staff of CSN St. Clair in Sarnia, Ontario, as the shop becomes the first in Canada to have a GreenTech E5 Dryer robot installed in its spray booth.

With more than 40 years in the automotive refinishing industry, FlatLine is a proven name when it comes to innovation. The company’s new line of GreenTech dryers are powered by methane gas, making them able to emit a low-intensity uniform heat without producing flame.

The big green machine from FlatLine Technology has led to a sales increase of 37 percent for the team at CSN St. Clair, as well as a decrease in touch time by 18 percent.

CSN St. Clair has been running in the Sarnia area since 1960 and this latest addition from FlatLine is sure to help the shop continue to perform quality work in their community.

A rash of truck hijackings in Elgin County in southern Ontario has seen local OPP recover more than $1.6 million in stolen merchandise as part of an investigation that also turned up a trailer full of General Motors auto parts.

As part of a series of truck heists in the greater London area, which includes Elgin County and the towns of Aylmer and St. Thomas, county OPP discovered a total of six stolen truck trailers in the area containing a variety of high-value stolen merchandise, including about $800,000 worth of structural steel for bridge floor beams, GM parts and shipping racks.

Elgin County OPP Const. Troy Carlson warns that this sort of crime is “a common occurrence” for the area, but declined to provide specific regional figures. “More often than not, they’re probably aware of what’s in the trailer, whether it be electronics or other products that, obviously, can be easily sold and not easily identifiable,” he said.

So far, only one person has been charged in connection with trailer thefts in the area; a St. Thomas man, 41, with nine counts of theft valued at more than $5,000. He’s also charged with arson after Aylmer police responded to a semi-tractor fire on February 1.