In the next two years, AIA Canada predicts up to 95 percent of all new cars sold in Canada will be connected cars—vehicles that are constantly communicating information in real time to automakers. There are three actions AIA Canada urges industry members to take to defend consumer ownership of data: become informed, take the pledge and sign the petition, available online at Change.org. 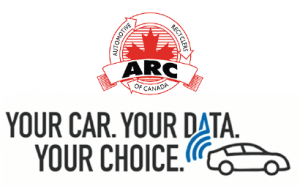 Li-Cycle is raising funds for global expansion by going public on the New York Stock Exchange (NYSE) in a deal that values the battery recycler at US$1.7 billion, the company announced mid-February. The fiveyear- old private company has unveiled plans to merge with Peridot Acquisition Corp., an NYSE-listed special acquisition corporation (SPAC).

If approved by shareholders in both companies, the transaction will bring US$615- million into Li-Cycle. Upon closing, the combined company will be renamed Li-Cycle Holdings Corp. and will be listed on the New York Stock Exchange under the new ticker symbol “LICY.” Ajay Kochhar, co-founder and chief executive, said the proposed SPAC deal provides Li-Cycle with enough funds in one transaction to fund expansion–a move he said will help the company lock-down long-term contracts with customers. The transaction is expected to close in the second quarter of 2021.

While lithium-ion batteries have touted a bad rap for allegedly being tossed in landfills or poorly recycled, they actually boast some of the longest lifetimes and highest reuse rates, Hans Eric Melin, managing director of Circular Energy Storage said during a panel at NAATBatt International 2021.

In most consumers’ minds, a vehicle creeps closer to end-of-life as it ages in model years. When the vehicle is scrapped, the lithium-ion battery is often believed to be tossed along with it. According to Melin’s data on Toyota Prius, Nissan Leaf and Tesla Model S units, a vehicle has roughly the same likelihood of being scrapped at any point in its lifetime as it does at an older age. Rather than being scrapped alongside EVs, Melin suggests other global markets repurposing these recycled batteries, leaving little for other countries to conquer.

According to Melin’s data, you will find more older-year Nissan Leaf models in Russia and Ukraine than in countries like the U.S., U.K., Germany or Norway, despite the fact the cars were likely originally sold in these countries. “This is the main reason we haven’t recycled more lithium-ion batteries in Europe and North America—not that we are landfilling them,” he said.

The United Recyclers Group (URG) 2021 Training Conference has been moved to August 5 through August 7, the company announced February 22. “The dates may have changed, but it is still the premier event of the year for the auto recycling industry,” said DJ Harrington in URG’s announcement video.