When a young Koos Reineking entered his first bodyshop in Delfzijl, Holland, he certainly never anticipated he’d one day be an integral figure to the trade—let alone across the ocean in Canada.

Koos has held a bevy of roles in the industry, starting as a technician and transitioning to businessowner before making the jump to AkzoNobel’s corporate office. Now the performance manager for Lift Auto Group, founded alongside his son, Mark Reineking, Koos has altered the industry in more ways than he could have ever dreamed.

Koos and Mark sat down with Collision Repair to delve into Koos’ impressive industry history and discuss the future of Lift Auto Group in Canada’s ever-changing automotive landscape.

Collision Repair: Koos, how did you first become introduced to the automotive realm and a career in the field?

Koos Reineking: When I was 17, my mother thought I would become a schoolteacher. Personally, I could never imagine myself in a classroom for the rest of my life!

Thankfully, my older brother, Ton, took me to the bodyshop he worked at in Delfzijl—a town in Northern Holland, about a half-hour drive from our hometown, Bedum. It was called H.E. Buist. Ton mentored me in the trade, and within a few years I was painting completes. The shop evolved quickly and by 1974, I was painting in a beautiful Italian downdraft paint booth with two-stage paint. Then I met Clari—a Canadian girl whose parents had emigrated to Calgary, Alberta from Bedum in 1955. I decided to follow her to Canada in 1974 and began working at Northland VW in Calgary.

My English was quite limited at first. I thought it was an antiquated shop, even though it was touted as a new VW dealership. But the shift to painting in a crossflow booth without heat and using “packaged VW paint”—it was a real challenge.

Not to mention the stereotypes around the collision repair industry in Canada drove me crazy! It’s certainly not what I was used to in Europe. I would phone my brother Ton in Holland—a half hour phone call was $100.00 and with wages of $5.00 an hour, it was very expensive—and we talked about opportunity.

CR: That must have been quite the transition, going from a high-tech shop in Europe to a more traditional facility in Canada. How did you move forward in such a position?

KR: In 1977, I went through a lot of difficult life changes and simultaneously getting very frustrated with the trade. My wife and I decided to go back to The Netherlands, and I asked myself, “what next?”

When I discussed it with Ton, he said that it would be a shame to give up on the industry. So, through his connections with his Sikkens rep, had made an appointment at the Sikkens Plant.

We expected a tour and some coffee—which we did get—but we also ended up at the export department manager’s desk, who suggested that I could become a technical rep in Canada, and I should find a distributor. We went back to Canada, excited but unsure where to start, we did look for a distributor in Surrey, BC, who had some initial contact with Sikkens. But we were not able to connect.

This is when my brother-in-law, Al Gotlieb, an oil executive suggested to start as a body shop, in order to build a business with the goal of importing Sikkens and being able to demonstrate it.

This is how Reineking Paint & Auto started in Northeast Calgary. My wife was pregnant of our first child, and we both quit on the same day to start our new venture. I phoned Ton excitedly and he and his wife also emigrated to Canada and joined me at the shop a year later.

CR: Where did you begin with Reineking Paint & Auto? What were the first aspects you narrowed in on?

KR: One of the first things we did, was to find a good booth, and with the help of a local paint rep, made an appointment at the Devilbiss Factory in Barrie. We had to go to Toronto to meet with the Sikkens export manager to go over all the details about importing Sikkens, so we were close enough to visit Barrie.

Interesting side note, there was a small Sikkens distributor in Toronto, called Dutch Coatings, and he had four customers: and we visited them all. One was Ralph D’Alessandro from 427 Auto Collision, a small shop, at the time! Ralph was the very first Sikkens customer in North America, which we celebrated a few years ago. At Devilbiss I tried to explain what we were looking for, and they mentioned that they had only used downdraft technology for the OEM manufacturer, not for the Bodyshop. They also warned me about the cost, and the difficult return on investment, I mentioned that I was not too sure what that meant, I just needed a good booth.

So, they built their first prototype downdraft booth, which later became the Concept and the Concept Cure. The booth and air make up unit was $20,000.00 not installed, by the time we did the pit and roof work, ductwork, it was more than $40,000.00 in 1978!

We grew fast, mostly repairing European cars, and by 1984 we did almost a million in sales with a $33.00 door rate. One of my proudest moments was when the president of the Insurance Bureau of Canada called, and asked what we were trying to do, change the industry? And I responded, yes very much so, this is a professional industry, and we need to get paid for what we do!

Our real business was of course to import and distribute Sikkens, so in 1985 our bodyshop became our training center and we focused on growing the market with Sikkens. We ended up opening Reineking Paint branches in Calgary, Edmonton, Lethbridge, Red Deer, Saskatoon, and Regina. 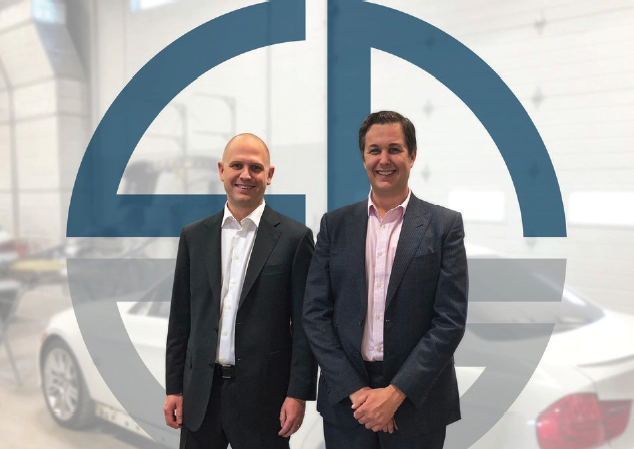 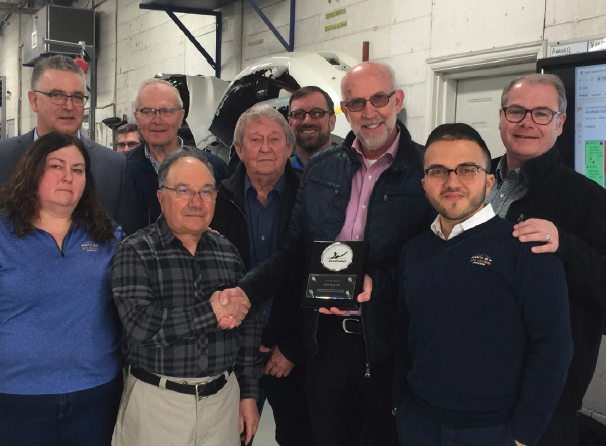 “The stereotypes around the collision repair industry in Canada drove me crazy! It’s certainly not what I was used to in Europe.” – Koos Reneiking, performance manager, Lift Auto Group

In 1996 my brother and I decided to sell the company to AkzoNobel, and I worked a few years in men’s ministry.

In 2000, I returned back to the industry, first with Caruk & Associates. Then Dave Smith, our former technical manager became Akzo- Nobel’s Western Canadian Manager and hired me to support the Western Canada market.

All together I worked 18 and a half years at AkzoNobel in various roles, the last five years as Services Manager, of Canada.

There is a real difference working for a large corporation and being an entrepreneur. My example was always: for a corporate employee cashflow is a theoretical term, for the entrepreneur it translates to, “how in the world am I to meet payroll on Friday!” I had a wonderful career and expected to finish at AkzoNobel.

CR: But life throws a mean curveball and Lift Auto Group was born in 2016.

KR: Yes, where I serve as the performance manager and my son, Mark Reineking serves as president and CEO.

CR: Mark, as the founder and CEO, how did the company come to be?

Mark Reineking: My background is in finance— I’m an accountant, business valuator, financial analyst. I was in the accounting and finance world for about 15 years, but ever since high school my dad—Koos—was telling me to look into collision repair but I was off doing my own thing.

Finally, in 2016, he mentioned it again. My business partner Brad Kopp and I did a deep dive on the industry and realized there was a really strong opportunity here, given the success of consolidation in the U.S. and Canada. The demographic of the industry is such that many businesses have been owned and operated by the same owners for the last 30 or 40 years—and a lot of them don’t have succession plans in place. Combined with the passion Koos has for the business, the passion I have from growing up in this environment and the experience of Mike Schruink, the chief operating officer, who has also been in the collision repair sector his entire life.

MR: It’s very different than your typical banners in that we own the facilities we take on. Sometimes the owner/operators stay on, other times they retire. We want to provide owners and operators the ability to sell their location, create liquidity and move into a retirement plan if that’s what they’re looking for.

We learn every acquisition we take on, but we’ve really streamlined the transition process. On day one, we transition to our cloudbased management and accounting system.

All of the administrative tasks that an owneroperator would do go to our head office. This allows the location to focus entirely on operations. The best-case scenario for us is there’s already an individual internally that can step up as general manager of the shop. Usually, an owner-operator will have a strong individual— whether it be a production manager or estimator—is fully capable of stepping into a manager role with the support Lift brings.

CR: It’s certainly been a whirlwind start for the company. Looking back, what were the plans for Lift when you began, versus now and beyond? How have ideas shifted?

MR: When we started in 2016, Koos, Mike and I got together and realized there was significant opportunity across Canada. British Columbia—our home province— was a great place to start for us. We don’t have DRP relationships with ICBC and government insurance, so it’s a bit more of a level playing field. We acquired five locations and realized the opportunity was much greater than we had initially recognized.

To support our growth, aligned Lift Auto Group with CSN Collision Centres and brought in institutional private equity investors for additional support on the capital side. In 2019, we had executed on our vision of growth and built the team to achieve our plan. Of course, the pandemic jolted things, but we have a strong team in place. Our goal now is to acquire at a rapid pace—somewhere between 10 to 12 acquisitions a year—across Canada.

CR: Of course, 2020 taught us some valuable lessons. What was the biggest takeaway for Lift Auto Group?

MR: It’s certainly not something we took for granted before, but COVID-19 truly proved the strength of our team.

Pre-pandemic, we had established a team capable of executing our growth plan. When COVID hit, we came together in strength. We didn’t lay anyone off and our team took the downtime to build processes, systems and internally streamline our operations for future growth.

It’s already helped us substantially, with four acquisitions in the last five months. It’s quite exciting to see the fruits of our labour and knowing we’re in a position of power as we execute our growth. 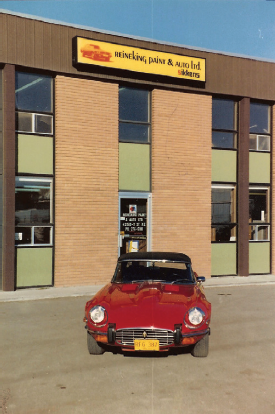 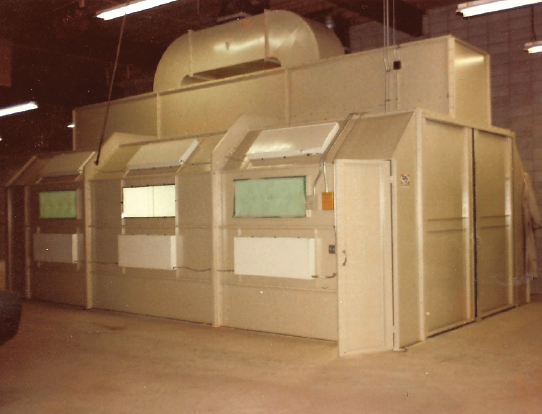 One of the first steps for Reneiking Paint & Auto was to find a good booth, said Koos. 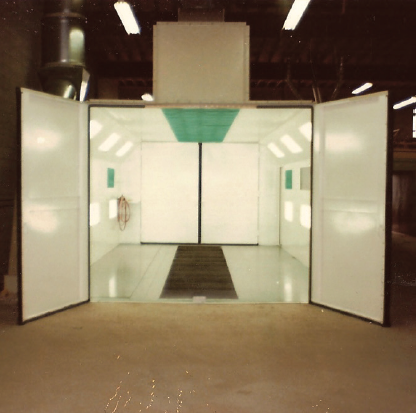