Navigating the shortages, together

About two years ago, collision centres across Canada found themselves in limbo. Facilities were full of technicians, looking to work but there was little to be found. Today the industry finds itself in a new limbo: pre-COVID repair volume has returned to the industry, and yet the industry itself is still waking up.

Producers of vital vehicle components like microchips are struggling to get back up to speed as many of the automakers who keep them in business greatly reduced their ordering in the height of the pandemic.

Rebekah Young, an economist with Scotiabank, said in an interview with the CBC in October that “Automakers in Canada initially thought that demand would be very slow recovery over the course of the pandemic, so they cut their chip orders.”

Now according to Young, Canada is on the path to the lowest vehicle production year since 1982, as the 2021 financial year is due to close with 1.2 million vehicles produced, down from 1.4 million in 2020.

As well, COVID is still running rampant in southeast Asia, as major microchip producers in Malaysia and Vietnam were forced to idle in September and October to curb infection rates, resulting in a delay expected to persist for about three months. 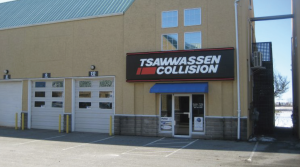 Meanwhile, Canadian collision shop owners are left to bide their time as these in-demand components crawl through clogged supply chains.

Peter Sziklai of Tsawwassen Collision in British Columbia says he feels held hostage by the materials shortage and that the inability to get parts is increasing tension with insurance partners.

“What do you do with a tow-in where you know you’ve got ten hours of repair ahead of you, but there’s a $50 part that’s mandatory to go into the middle of that repair?” said Sziklai over the phone with Collision Repair.

He pointed out that collision centres are left helpless in situations like this, where a shop knows the job that must be done, doesn’t have the resources to immediately complete the job, and are given little leeway in their negotiations with insurance companies.

Sziklai used his spray booth and his relationship with his electrician as an example: “One of the exhaust fans in our prep area isn’t behaving properly. We called in our electrician to look at it a couple of times. He does nice work, and I don’t mind paying him, but each team he’s here it’s a $90 truck charge for driving over.

“If we were to say to an insurance company, ‘Hey we’re stuck for three days because of this paint booth’, they will respond in very plain English, ‘That’s not really our problem.’” He says that this adversarial relationship with the insurance industry indirectly promotes the less-than-ideal notion that taking in less repair work could more consistently guarantee a profit for shops.

“The ability to charge for things beyond our control is zero. If we try anything, they just say ‘No, no, no.’ The cars still getting fixed, so they’re still getting away with saying no. Which means that every time we are told no, we must figure out a way to make it work internally and still make money,” said Sziklai.

For now, the automotive materials shortage is little more than a waiting game for collision repair facilities; hang in there, do the work you can, and do it efficiently.

Sziklai says the strong bonds he has with his parts providers are what is carrying him through these times. The position of those selling the in-demand parts and the shops buying them isn’t all that different—the providers are hurting too. Approaching the situation with patience and the understanding that your partners are acting in good faith is the only real course of action. We’re all on the same team here, even though it rarely seems like it. Now might be a good time to prove it.