As the roller coaster of 2020 unfolded before us, predictions of the number of collisions on Canadian roadways were a question long-lingering in the autobody repair community’s minds.

According to Canada’s road stats for 2020, collision frequency was nearly halved at some points in the year, compared the year prior. According to Mitchell International’s data, Canada saw a 50.09 percent reduction in accident frequency in April 2020 compared to April 2019. Like all good coasters, the first descent was followed by a climb; by May 2020, collisions were down 20 percent compared to the same time in 2019.

The autumn drama was short-lived; by the end of the year, things began to bounce back. In December 2020, accident frequency was only down 26.46 percent, compared to December 2019. The claims recovery, while quicker than many anticipated, came as Canadians turned to their personal vehicles for travel, many of them wary of public transportation methods and in need of a cure for pandemic-induced cabin fever.

The Ontario Provincial Police’s (OPP) records for the province mirror that of Mitchell. According to OPP data, however, the lower-than-normal number of collisions in 2020 resulted in a higher number of fatalities. Collisions in Ontario dropped 26 percent in 2020, compared to 2019, though fatality rates were up 22 percent.

“We don’t have the traffic volume in 2020 that we typically would for a variety of different reasons, and yet we still have roughly the same number of fatalities and that in and of itself is disturbing,” said Derek Rogers, the media relations co-ordinator for the OPP’s west region.

“You would think with lower traffic volume and fewer collisions that there would be fewer deaths but that hasn’t been the case.” A number of the deaths were preventable, said police. Among the deaths, 62 were linked to speed, 51 to alcohol/drug use, and 45 to distracted driving. Lack of seatbelt use, contributed to 55 driver and passenger deaths. In 37 of the 2020 incidents, no other vehicles were involved.

“It is a unique year, but certainly we’re loathe to point in the direction of the pandemic simply because our stats vary from month to month and we can get very large spikes and dips,” Rogers said. “What we can say is that there have been far too many people who have lost their lives on our highways.”

Like all good coasters, the first 30-percent descent in April was followed by a climb; by May 2020, collisions were down 20 percent compared to the same time in 2019. 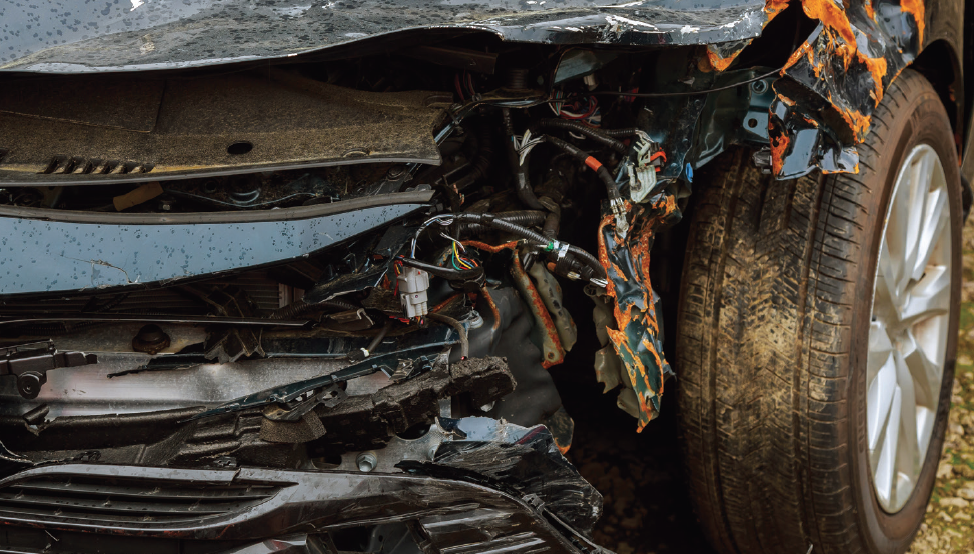 PrevPreviousTHE POWER OF PARR
NextTHE BEAT OF THE BODYSHOPNext