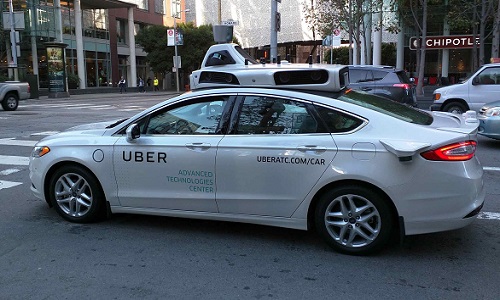 The ride-sharing service’s autonomous testing, which has been suspended since March after a pedestrian was struck and killed in Arizona, returns to Canada’s biggest city in the same way it left; with each vehicle being manually operated by a human driver, accompanied by another Uber employee in the passenger seat.

The manual-mode driving will allow Uber to collect data essential to understanding the different conditions that a self-driving vehicles might encounter. Being able to build a strong system is critical for the autonomous operations success and safety, and having the data available will allow the company to develop AI algorithms.

Today’s autonomous cars require detailed high definition maps of the road in order to safely operate. In an effort to accommodate this, ATG’s research and development team in Toronto has created an AI technology that allows self-driving cars to drive where maps are unavailable, building the map itself in real-time.

“Our automated mapping capabilities, once mature, have the potential to expedite the rate at which we build high definition maps, which is a time-intensive process,” said Raquel Urtasun, Uber ATG’s chief scientist and Toronto office lead. “We are pleased to resume manual driving of our autonomous vehicles in Toronto and excited about the potential that this data collection can have for our self-driving AI research efforts in Canada.”

With Uber’s research and development team expected to double within the next year, the company has decided to relocate the department’s headquarters to Bathurst College Centre for 2019. Earlier this year Uber announced that it would be opening an engineering hub in early 2019, along with expanding its ATG and Development Centre in Toronto, investing over $200 million over five years.

Yesterday Uber was granted permission by the state of Pennsylvania to resume testing of autonomous vehicles. The company stated that it would resume its self-driving operations in Pittsburg today, with two mission specialists in the vehicle at all times. In additional to Toronto, Uber will also resume the manual driving of its autonomous fleets in San Francisco today.

PrevPreviousCan you believe this?! – December 20, 2018
NextClear your calendar for the 2019 IRTNext