New vehicle technology comes with an understandable learning curve for drivers, though a recent J.D. Power report suggests these additions affect driver satisfaction in ways more nuanced than it may seem. In its 2022 Tech Experience Index (TXI) studies and Initial Quality Studies (IQS), J.D. Power measured vehicle quality via a problems per 100 vehicles (PP100) model. The company claims that, while the “notion that advanced technologies always lead to significant problems is a misconception,” certain pieces of technology have been found to be easier for drivers to adapt to than others. “Of the advanced technologies included in the 2022 TXI Study, 46 percent had at least one problem with a PP100 score higher than the most problematic attribute included in the 2022 IQS, with some exceeding it several times over,” said the report. In its most recent study, J.D. Power found there was significant variation in meeting user expectations between different pieces of advanced technology. For example, rear seat reminder technology had a range of problems from 1.9 PP100 to 26.2 PP100, demonstrating that tech can be developed with minimal owner complaints. On the other hand, fingerprint reading technology was identified as the most problematic technology in driver satisfaction, scoring a PP100 of 54.3.

J.D. Power expressed that they do not want to see automakers discouraged from developing more advanced technology based solely on how initial satisfaction is affected by change. 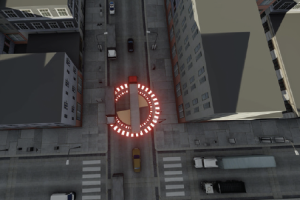 Autonomous vehicles (AVs) may lead to safer roads—a challenge the collision repair industry will have to seriously consider. CEICA hosted a webinar on Aug. 25 led by Tara Andringa, executive director at Partners for Automated Vehicle Education (PAVE), a non-profit organization promoting public education on AVs. When asked about how mass AV adoption will affect the collision repair industry, Andringa said collision repairers will need to join the conversation, given that this innovation has no real equivalents or historical precedents. She cites law enforcement as another industry that faces intense shakeups—police officers may have to pull over AVs or get information from an empty AV, while repairers need to learn about AV technology and prepare their industry for the shakeup.

Given that AVs do not get tired, distracted and have more complete vision than the average driver, it is extremely likely this technology will make driving safer and accessible to more people. By the time it’s rolled out, truly autonomous AVs will be among the most vetted technologies in the world.

According to Ontario Provincial Police (OPP) West Region, four Dodge Ram 1500s were stolen on August 28 from the driveways of multiple residences, with relay attacks suspected. Unlike traditional entry methods, relay attacks use technology to duplicate key fob signals emanating from a nearby location. These duplicated signals, combined with a blank key fob, allows thieves to digitally copy the vehicle’s key. While earlier reports suggest that physical entry and mechanical breaches remain the most used technique, the rising prevalence of relay attacks in 2022 suggests that they are no longer as rare as initially believed. There is a simple defence against this technique though–faraday cages and key pouches can do the job for a considerable price, but a cookie tin will protect you just as well.

A BITE OF THE APPLE

Some high-tech nefariousness seems to be at play with the development of Apple’s mysterious autonomous vehicle, as a former engineer for the tech giant pleaded guilty to trade secret theft in U.S. federal court in August. Zhang Xiaolang was heading to the airport to catch a one-way flight to China in July 2018 when he was arrested under the charge of having downloaded a 25-page document to his wife’s laptop that included schematic drawings of a circuit board design for a portion of an autonomous vehicle. Zhang admitted to the accusation during a hearing in San Jose, Calif. Trade secret theft carries a maximum penalty of ten years in prison and a $250,000 fine. The former Apple engineer, who was hired on as a hardware engineer in the company’s autonomous vehicle division in 2015, was reportedly on his way to China to work with a startup company also operating in the electric and autonomous vehicles sector. 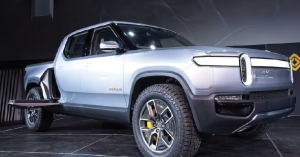 New research from the Speciality Equipment Market Association (SEMA) suggests that nearly half of all late-model pickup owners have modified their pickups—and these drivers are reportedly considering even more modifications in the future. The report found that pickup owners spent US$16 billion on specialty equipment parts in 2021, and that half of an estimated 29 million pickup trucks 2010 or newer are modified. SEMA also suggests that 62 percent of latemodel pickup accessorizers buy off-road parts, and that 84 percent of those accessorizers plan to make mods in the future.