CAN YOU BELIEVE THIS?! 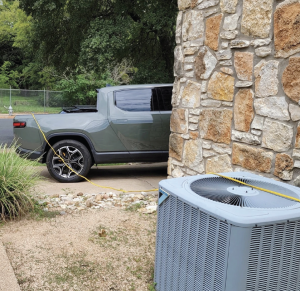 For those critics who believe that driving an electric vehicle effectively neuters a man, in this case they are technically correct, as a Texas doctor recently performed an entire vasectomy procedure powered by a Rivian RT1’s onboard generators. In May, Austin, Texas-based urologist Dr. Christopher Yang informed his patient that his vasectomy appointment would have to be rescheduled due to a power outage in the neighbourhood. When talking to the patient, we mentioned that we could just reschedule the procedure itself, or, if he was up for it, we could do the vasectomy using power from the truck. And he had a good laugh as well, and we agreed,” Yang told media.

Evidently the patient had no qualms with the idea and even broke out the extension cord to help make it happen. Users on Twitter pointed out that a Tesla Model Y could do the job, but only if they had the proper 12V adapters.

Finding a Bentley S2 in decent shape is a restorer’s dream; the combination of the classic style, size, and use for parts represents a rare combination of aesthetic and physical quality. A Bentley shipped from Canada to Australia, however, provided another use for criminals. The individuals in question attempted to smuggle methamphetamine and cocaine within the spacious S2, stuffing the vehicle’s many hidden locations with nearly $150 million in drugs. Fortunately, the drugs were found by The New South Wales Police Force during routine X-rays upon arrival at Port Botany in Sydney, Australia. The drugs were hidden in the seats of the vehicle and inserted into the wings of the car through the headlights. The car was not seized upon finding the drugs; it was allowed to be picked up to track the individuals receiving and potentially distributing the drugs. After performing surveillance on the vehicle, the police arrested two men aged 22 years and 23 years for the crime. Reports from the Guardian indicate belief that the drugs came from the Middle East as a part of an international drug syndication network. 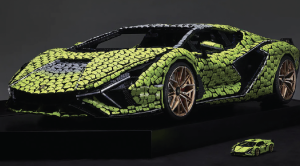 It turns out that sometimes work and play can be interchangeable, especially if you work at LEGO, as representatives from the iconic toy company and Lamborghini have teamed up to double down on a little project from 2020 that is due to become a little bigger. In 2020, both companies teamed up to build a 1:8 scale model of a Lamborghini Sián FKP 37 made up of 3,696 individual LEGO pieces. Two years later, both LEGO and Lamborghini have blown that model out of the water with a new 1:1 scale Sián, made up of more than 400,000 pieces and weighing more than 2,200 kg. LEGO master builders spent more than 8,650 hours putting together the toy supercar, which called for 20 original pieces to be moulded in order to create the unique shape of the Sián’s body.

The model is currently on display until October 6 at Lamborghini’s museum in Sant’Agata Bolognese, Italy.

ONE WITH THE EARTH 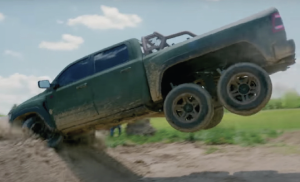 Like stuffing your pockets full of rocks and jumping off a diving board, a pair of automotive YouTubers documented their recent attempt to jump a six-wheeled Ram Apocalypse TRX over a gravel jump, and their subsequent head-on meeting with the landing ramp. The video was posted by automotive vlog channel “The Triple F Collection” in June and shows off the obviously-doomed stunt from a number of angles, including the moment the modified truck’s front-end compressed and sprung back into shape after colliding directly with a gravel wall. Despite no airbags being triggered in the crash, both occupants of the super-sized truck came away “relatively unharmed,” according to the video’s opening.

This custom build of the Ram TRX is offered by Apocalypse Manufacturing, referred to officially as the Ram TRX Warlord, sees the addition of a “proprietary middle axle” and is priced at $320,000 before add-ons.