The autonomous vehicle market has found its newest technological advancement in the creation of what is being called ‘hitchless towing’. Toyota is the leader of this new technology, having presented the concept for a media event at the American Centre for Mobility, an AV test centre in Ann Arbour, Michigan.

The technology sees a pair of vehicles driving in sync with each other, with one vehicle acting as a human-driven leader, and the other following behind independently.

The secondary autonomous vehicle follows the movement and actions of the driven lead, changing lanes, speeding up, and slowing down accordingly. This will allow for multiple vehicles to be ‘towed’ in sync with one another with only one driver needed.

The idea for this unique AV system was submitted internally via Toyota’s Hype Innovation suggestion app and was immediately labelled a priority by the company.

Within a year, the connection free towing idea has progressed from simple simulation to real prototypes created with Two Toyota Sienna minivans.

Thus far, demonstrations have kept the leading and trailing vehicles at a larger distance, and at a lower rate of speed. However, as the technology develops, these distances can be shortened. 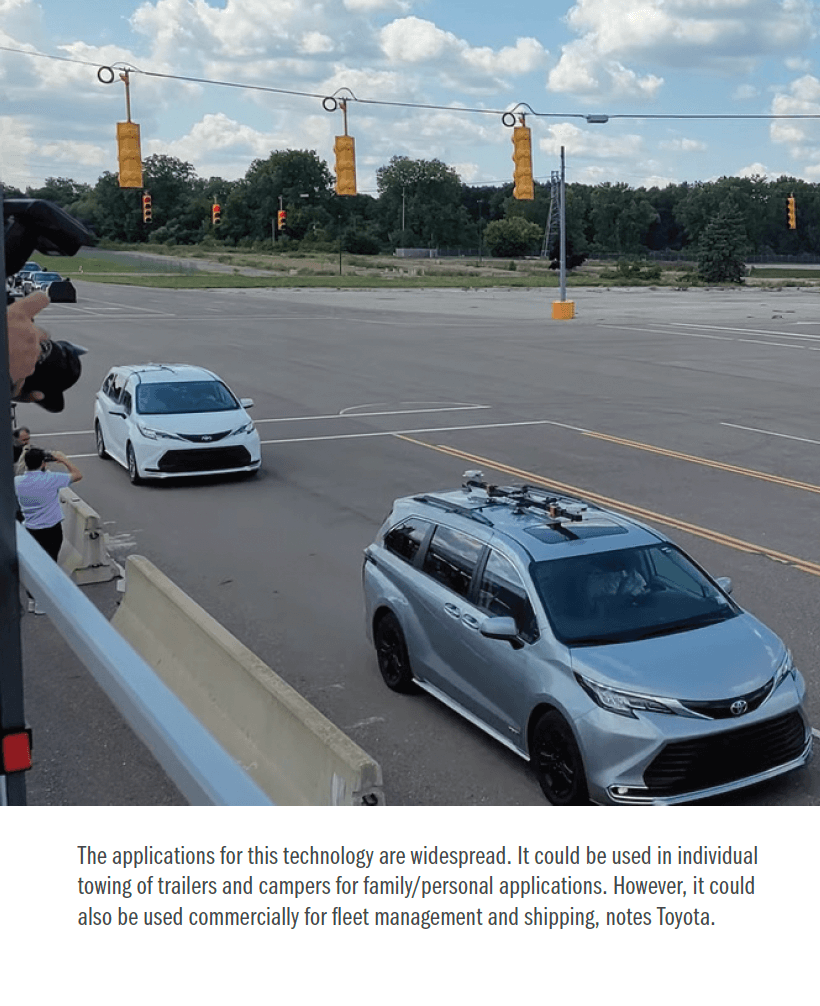 In June, the Alberta government introduced new rules to allow tow trucks to install blue lighting as a measure to increase driver visibility in the event of roadside assistance. The new rules also dictate that drivers travelling in the same direction in the lane adjacent to the tow truck must slow down to at least 60 km/h in the closest lane. The province’s drivers are missing the message, though, according to Alberta’s tow truck operators.

“I wish I could tell you these are one-off situations,” Jeff Kasbrik of the Alberta Motor Association (AMA) told Global News. “The unfortunate reality is that [these close calls] are an everyday occurrence.” AMA says tow truck operators have been involved in 36 near-miss incidents and 13 serious incidents in the last two years alone. “The near-miss incidents alone—they are anything but near miss. We’re talking about breached safety zones, shattered safety cones,” added Kasbrik.

“It’s a little unnerving, at that point,” said Martin Selezenka, a tow truck operator with ten years of experience. 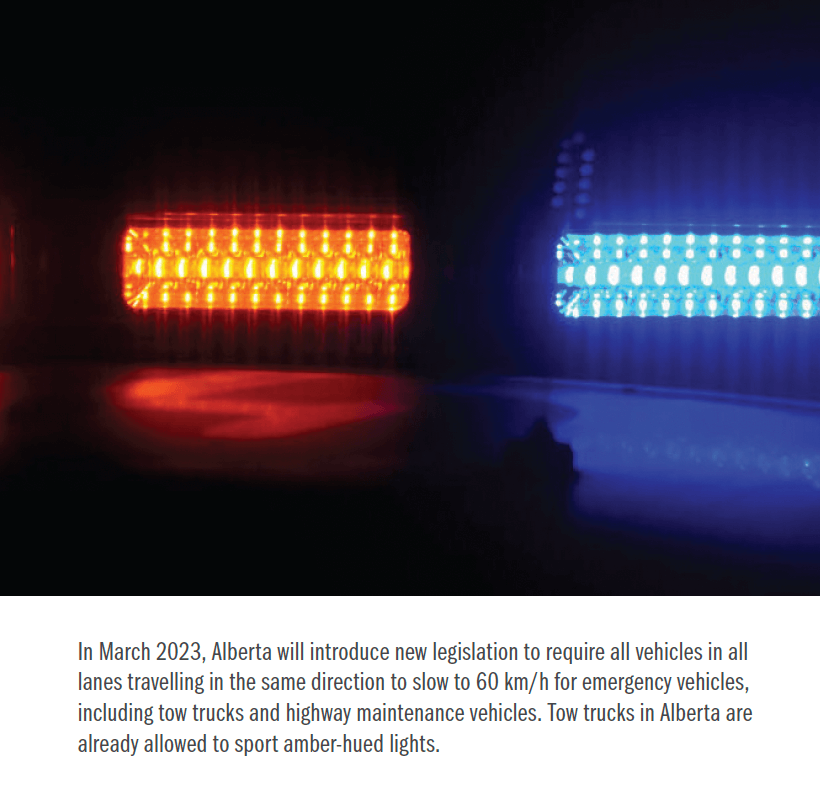