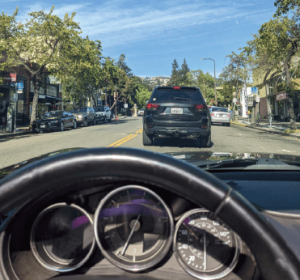 Car sharing platform Turo is now available in Newfoundland and Labrador and P.E.I., the car-sharing company announced in late April. The company, which operates services like Airbnb but for vehicle owners, launched in Nova Scotia in 2019. Soon after, the company began exploring ways to expand its services to the rest of Canada, wrote Turo in a press release.

Provincial governments have touted the app as a solution to car rental shortages plaguing tourism industries in recent years—though the insurance process on Turo-rented vehicles has the public asking questions.

“Every car has to go through a safety inspection to be listed on the platform,” said Cedric Mathieu, vice president and head of Canadian operations for Turo. “Cars [rented on the platform] must be less than 12 years old; have fewer than 200,000 km on the odometer and be in good mechanical condition,” he added. “Whatever happens during a Turo trip will really be covered by the Turo-provided insurance, and your personal insurance is not going to be affected by anything happening on Turo.”

The company said it plans to bring its services to New Brunswick “soon.” 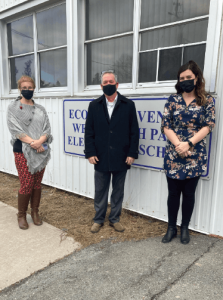 In honour of those who can never be afforded enough praise in our society, CARSTAR has recognized Louise Greeley of Grosvenor-Wentworth Park Elementary School in Halifax, N.S. for national Teacher Appreciation Week.

As a reward for the impact that many former students have attributed to Greeley on their lives, CARSTAR decided to gift the veteran teacher of 21 years with a free auto body repair on her vehicle.

“We wanted to do something special for the hardworking educators of Halifax,” said CARSTAR’s zone director for the Atlantic region, Dave Meery. “We have seen teachers surpass several obstacles these past two years, always putting their students first. We wanted to pay it forward and give back to those who have done so much for our community.”

Further demonstrating her unending service to the students in her community, Greeley ultimately decided to share her prize with the school she has dedicated so much of her career to. Along with the numerous nominations that brought Greeley to the attention of CARSTAR came several messages of positivity from former students about their teacher.

“She is a hard-working teacher who has given so much of her own money (and time, and energy) into her classroom. I’m surprised she isn’t living in her beautiful, inviting, well organized classroom. She’s given so much to everyone around her, she deserves something back,” read one message. “If you ask any of her former students, they will tell you that they felt loved and safe in Louise’s classroom. She works harder than anyone I know and deserves a safe vehicle to get to work in.”