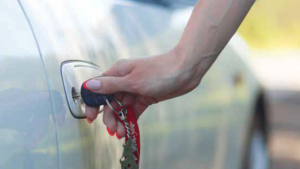 Albertans, check your keys; a new report from HelloSafe.ca shows that the province is swinging well above its weight when it comes to rates of vehicle theft, and the thieves’ targets aren’t exactly what one might expect.

The report, published on February 2, outlines rates of vehicle theft across Canada and showed that despite coming second to Ontario in terms of overall theft, the rate per 10,000 showed that Alberta represents a far higher proportion of vehicle thefts than many other provinces, despite its relatively small population in comparison to Ontario.

Of 87,007 vehicles stolen in 2019, Alberta accounted for 23,535 of them, closely following Ontario who reported 23,992. However, in Alberta, thefts occurred at a rate of 54.84 stolen vehicles per 10,000 people, versus Ontario’s 17.07. It is important to note that Ontario’s population is roughly ten million people greater than Alberta.

Province-by-province, the results were nearly split, with the coastal and prairie provinces seeing most thefts target pickup trucks like the Ford F350 and F150, as well as the GMC Sierra and Dodge Ram.

On the other hand, central provinces like Ontario and Quebec experienced a majority of thefts on crossover SUVs like the CR-V and the RX350.

Owner of CARSTAR Spruce Grove, Alex Babrack, opened his first facility in 2016 alongside his brother Ramsey and friend Jacob. The team was always passionate about vehicles and eager to become entrepreneurs so they could become the choice collision repair facility for Spruce Grove.

“My experience is in business management, Ramsey is a talented painter, Jacob is a skilled repairer and we have all known each other for over 15 years,” says Alex Babrack, owner, CARSTAR Spruce Grove. “This business has given us so much and we are excited to expand our operations and provide a higher standard of collision repair excellence with the resources CARSTAR provides to help benefit our incredible Spruce Grove community.”