Nursing the seeds of Indigenous industry

The history of North American industry runs along a thin moral line. For many of the great works of industry and infrastructure we can point to across this land, we risk casting a shadow on those who toiled in service of that work and would be afforded little of its benefit.

When we think of the industrial triumph that was the development of modern New York City, congratulations are too often given to Carnegies and Vanderbilts when the real triumph is in the abilities of the many Mohawk ironworkers who literally built its foundations.

That is exactly what Gary Pelletier tried to do. “He was the foreman at the local Ford dealer and ran their collision shop with about fifteen techs underneath him,” said Roydon Pelletier, Gary’s grandson, over the phone with Collision Repair.

“After he left that job, he was offered a job with CK Alexander as an appraiser. From there he started [Pelletier Auto Body] in 1975.” This feat did not come easily, however, as Roydon’s family contended with a history that most in the collision repair industry could not even attempt to relate to.

“Both of my grandfather’s parents were residential school survivors. He grew up in a tough time with a tough upbringing,” said Roydon. From an early age, Roydon knew that Canadian society was stacked against him and his home of Fort William First Nation, a swathe of Ojibway Territory just outside of Thunder Bay, Ontario.

“From when I was just a kid sweeping the floors around the shop, I’ve always been told that we had to be ten times better if we wanted people to bring us their cars, because we were on a reserve and nobody likes First Nations people. This was the message I heard my entire life growing up,” said Roydon.

A throughline in Roydon’s career and that of his father and grandfather is the casual yet deeply entrenched discrimination that continually asked them to surrender their identity or suffer the consequences. 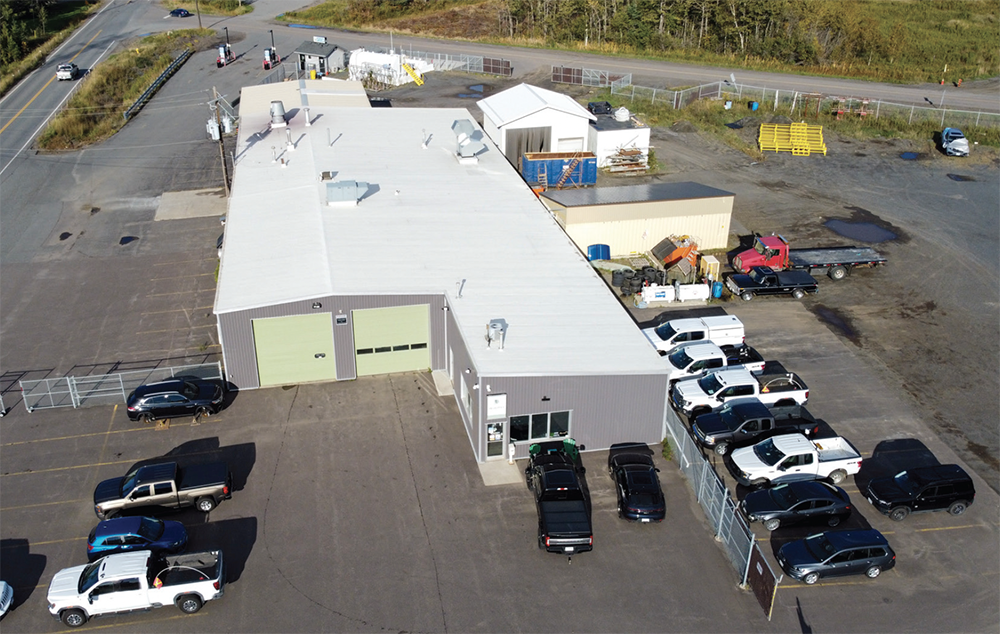 “It’s crazy the stuff that’s been said to me over the years,” said Roydon, who took a swing at signing onto a banner in the early 2010s. “For the first 20 years of my career, I don’t know how many times I flew down to Toronto for a meeting with an insurance company and they said, ‘No we’re not going to do business with you; you’re on a reservation.’ I’ve had that literally said to me in an executive’s office of an insurance company.”

A few more years have passed since and fortunately Roydon now has insurance partners that are eager to back up him and his shop. “We’re an Intact-relied DRP, an Aviva DRP, TD and Allstate, and all are great and go to bat for us. All are aware of our location and support the diversity and doing business with us and having their customers come to our shop.”

Operating a business on First Nations Territory is similar in certain ways to that of a small town, but it also opens a world of obstacles that even the most rural readers of our magazine would struggle to relate to.

A feature of today’s decolonization and LANDBACK movements that is often misunderstood by settler society are the notions of sovereignty and nation-to-nation respect. In far too many cases, First Nations Territory is left in a grey area. To operate within a provincial jurisdiction would act against the nation-to-nation relationship being sought with the federal government. The track record left by the federal government does little to inspire hope in co-operation either, leaving Indigenous and their communities to bear a larger burden.

Roydon gave an example: “We put a new spray booth in and because we are not considered under the jurisdiction of Ontario, we have a really difficult time when it comes to installing big equipment where mechanical work is required. 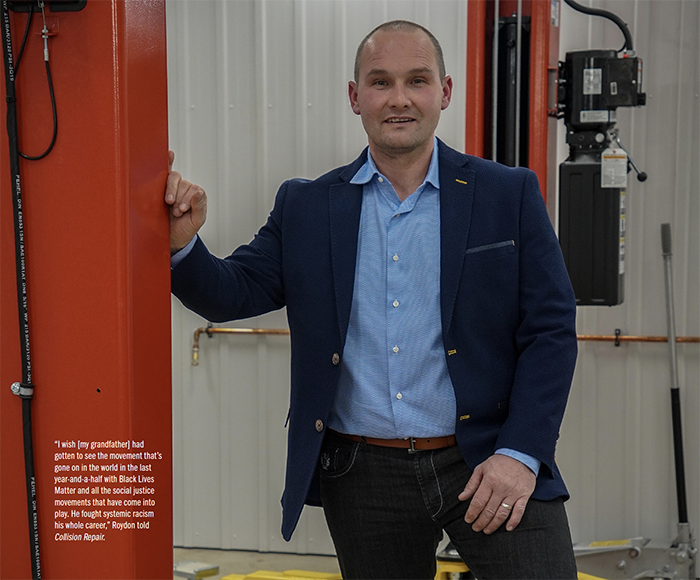 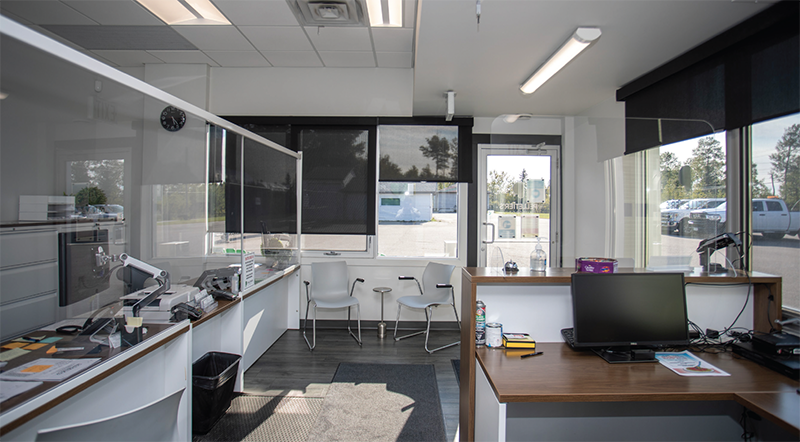 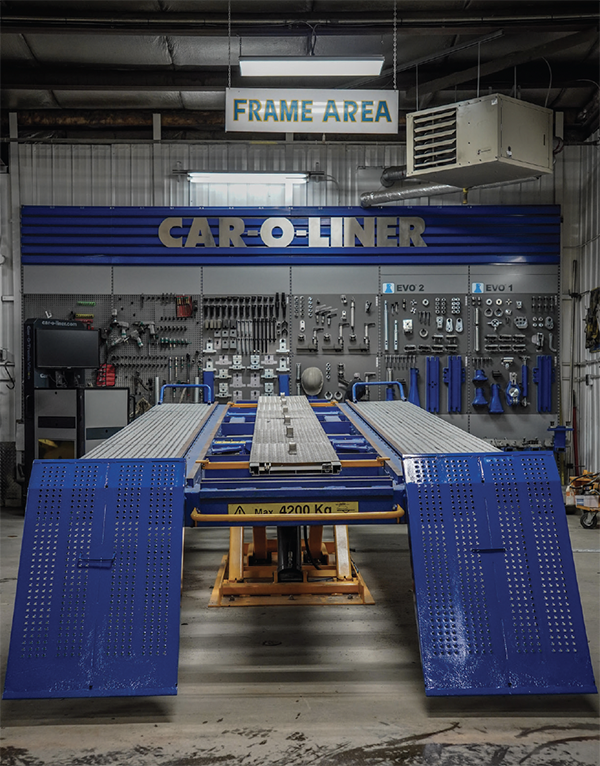 “There’s no licensing body on the reserve. There are no business permits, so to speak. It’s a very new system when you compare it to the municipal system you might be aware of off-reserve. It’s just young and undeveloped. It’s been very disorganized up until this point.” There were times where Roydon was tempted to hide his identity from his customers, let them think they were still within Thunder Bay city limits and save the hassle. But that didn’t sit right with him.

“You’re trying to hide in the weeds and pretend your mainstream instead of celebrating the fact that you’re a successful First Nations business, which is about as rare as a dinosaur egg,” said Roydon.

“It’s been a battle. For three generations we’ve battled to get where we are. I go back to my grandfather’s experiences: the only way we got here was because we are the most certified shop here in our city, we’re the only I-CAR Gold facility in our city—we’ve had to be that much better to get half as much as everyone else.”

The battle rages on for Roydon and for all BIPOC (Black, Indigenous and People of Colour) shop owners trying to carve out a space in this industry, but there is a glimmer of hope on the horizon that inspires him to keep fighting.

“I wish [my grandfather] had gotten to see the movement that’s gone on in the world in the last year-and-a-half with Black Lives Matter and all the social justice movements that have come into play. He fought systemic racism his whole career,” said Roydon.

“We’re in a much better place today. I think it’s moved at lightning speed based on what’s going on in the world. There’s been this reckoning that this is the way we need to approach these things.”

Canadian media has the tendency to profit off Indigenous pain for the sake of intrigue and momentary controversy. Instead, let Roydon’s story serve as an example of Indigenous triumph that has, and will continue to last, for generations to come. 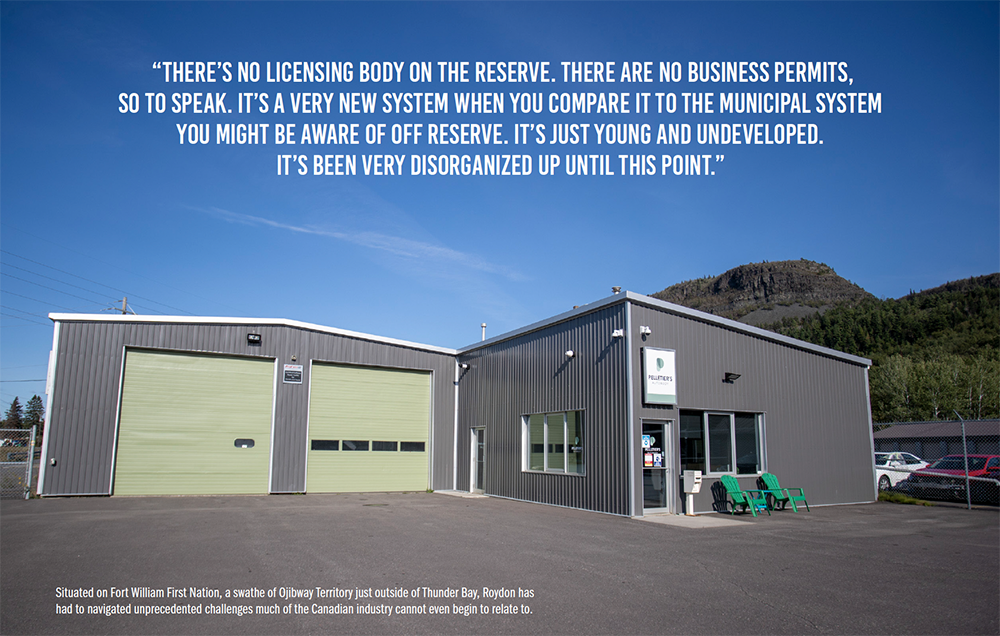