“When you are up front, you have to juggle a whole bunch of different things. We have to keep the insurance companies on our good side, and we have to keep the technicians happy. We must keep the customers pleased and we need to be able to maintain a profit to stay in business.” – Jeff Hampshire, bodyshop manager, CCS Southgate Collision

When you’re running a high-volume, dealership-affiliated shop in a major city, it can be easy to get lost in the shuffle. You can get overwhelmed by the competition, lose focus on your staff and maybe even see the quality of your shop’s work start to slip.

It takes a cool temperament, a wealth of experience and a genuine passion for quality repair work to set you apart from the crowd—all things that are second nature to Jeff Hampshire and his team at CCS Southgate Collision Centre.

Jeff is an industry veteran and an old-school bodyman at heart, and even though he’s no longer on the farm fixing up his old ‘68 Cutlass, he still applies the same care and dedication to repairing his customer’s cars as he would his own.

Twelve employees strong and with certifications from Audi and Volkswagen under his belt, Jeff and CCS Southgate have nowhere to go but up in their home base of Edmonton, Alberta. But there is an entire career of growth and lessons learned that have led up to this point. That is why Collision Repair sat down for an interview with Jeff Hampshire, to share in his insights and experiences coming up in the collision repair industry.

“What really got me started into wanting to become a bodyman was when I was about sixteen years old and I was in my garage working on my old ‘68 Cutlass,” Jeff recalled.

“I bought a can of Bondo from Canadian Tire, sanded a fender down and primed it. “I thought I did a pretty darn good job of it and I brought my dad over, back on the farm,” Behold, Jeff’s very first stress test.

“He gave it a hit and the Bondo fell right out of it. From there I decided I was going to learn how to do this properly.’

Jeff took this tough lesson in stride and doubled down on the hobby that would one day become the trade that supports his family.

“After that, I had a love and passion for cars and it’s kind of what got me into the trade. I loved doing custom work back in the old days. Now I love doing the collision work,” said Jeff. 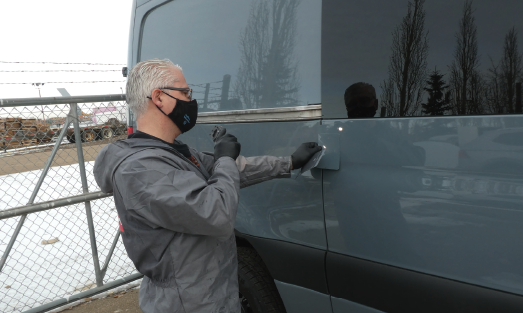 CCS Southgate Collision is hugely proud of the long-standing status of its staff—all but one employee has been with the company for upwards of 10 years. 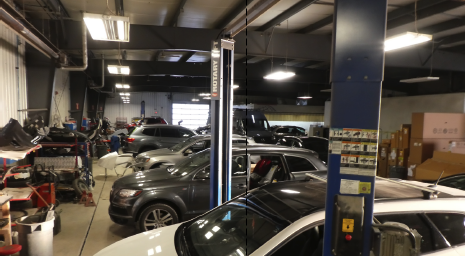 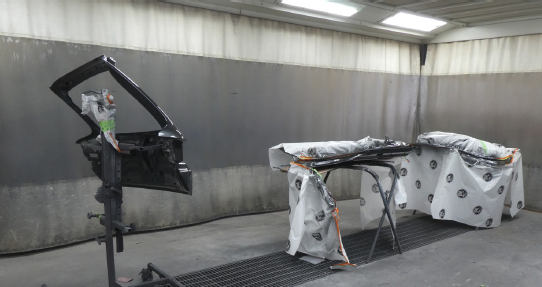 Over the years, Jeff went on to develop his chops at bodyshops around Edmonton, making his way as a technician in an always-changing industry.

For one reason or another, his path often crossed into the managerial side of things throughout his career, and eventually after working as an assistant manager at another shop in town, Jeff realized his knack for leadership and dove in headfirst.

“Through my whole career, I’d gone from being a technician in the back to helping to run the shop and going back and forth doing different things,” said Jeff.

“Sixteen years ago, I entered into the dealer group here and I never looked back.” Jeff proved he could do it all, having developed a keen understanding of the bodyshop and its many moving pieces during his own time in the repair bay.

“I kind of slid into it fairly easily. I mean, they are two different roles and I had to learn to look at things differently. When you start thinking of the costs of everything and trying to keep all that in line; it’s different when you’re a technician who thinks, ‘This is what I need to do the job, and this is the number of hours it will take.’”

Jeff quickly realized that his mentality around repair work would have to change in order to be successful.

“When you are up front, you have to juggle a whole bunch of different things. We have to keep the insurance companies on our good side, and we have to keep the technicians happy. We must keep the customers pleased and we need to be able to maintain a profit to stay in business.

“When you’re in the back shop and you’re focused on fixing the car and doing what you need to make that car right, you don’t consider there’s so much to juggle to make this all happen properly.’”

It would be hard to argue that Jeff has not struck that balance between businessman and bodyman perfectly, however, as even in spite of the uncertainty of the last year, he and his loyal team continue to deliver impressive results. “During our normal operations, when times were busy (pre-COVID), we were running about 160 cars a month. Right now, we’re averaging about a hundred,” said Jeff.

Though he would be the first to admit that CCS Southgate wouldn’t be where it is today without the hard work of his staff.

“At the moment we have 12 employees. One of things we pride ourselves on is the high number of long-term employees we have. All but one of my staff have been here for more than 10 years—two of them have actually been here right from the get-go. They were brought in in the detail department and worked their way up.” Jeff admitted that there’s little he feels more pride in, than seeing one of his techs rise up in the industry and hone their craft. In fact, when he’s not working to build his own brand at Southgate, Jeff makes a special point to give back to the programs that brought him the loyal and trustworthy staff that he has today. “I believe in the apprenticeship program and I’m actually part of a pre-enrollment program and I’ve been on the board for years since it was first started here in Alberta,” said Jeff.

“I believe in the apprenticeship program and training wholeheartedly. We need training and certification, and I don’t think it should be taken lightly. These vehicles are complex, and everybody’s safety relies on somebody being trained properly to repair them.”

Jeff credits much of his success to his ability to secure an Audi certification for his shop and his partnership with CCS which he says has led to more business coming through his doors, as well as access to top-of-the-line training and resources from his OEM affiliates.

“That’s one nice thing about being part of a dealership too, is with a lot of our cars we work in conjunction with the service department to make sure that everything is back the way the factory intended it to be.”

But when it comes down to it, the dealership affiliation and fancy certifications are just bonuses to a craft that Jeff has already shown himself to be a master of. Were he back on the farm, Jeff would still be pouring his heart into every repair he makes and thinking not only of making the customer’s day, but his own staff as well.

“The interaction with people is really what drives me. Going back out with a customer at the end of that repair and walking them to their car and just having them get their car back and just be excited about it again.

He continued, “And of course, my family is always motivating me to succeed because I want to provide for them and it’s the same with my staff. I want to give them an opportunity to make as much money as they possibly can in this industry and hopefully a good working condition to do it in.”

These vehicles are complex, and everybody’s safety relies on somebody being trained properly to repair them.” – Jeff Hampshire, bodyshop manager, CCS Southgate Collision 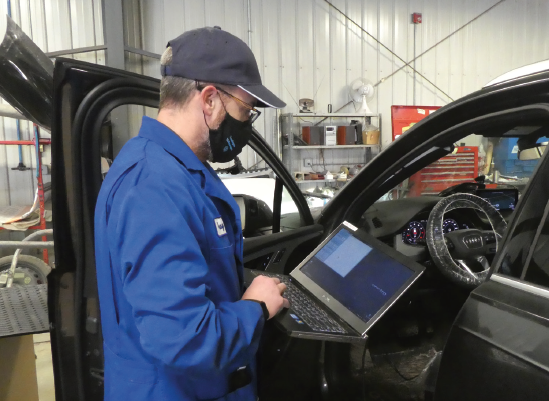 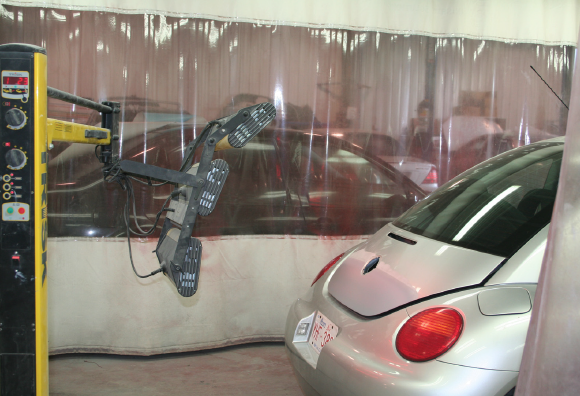 With direct Volkswagen and Audi programs, CCS Southgate Collision sources all of its repair info from OE sites and through the training it receives from Audi and Volkswagen, which it calls “second-to-none.” Jeff credits much of his success to his ability to secure an Audi certification for his shop and his partnership with CCS which he says has led to more business coming through his doors, as well as access to top-of-the-line training and resources from his OEM affiliates.

PrevPreviousCan You Believe This?! April 9, 2021
NextIndustry News – CRM 20#2Next