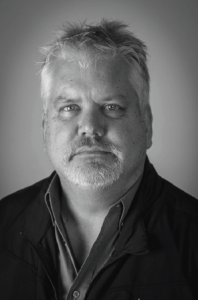 With automakers the world over announcing wide-scale conversions of their fleets to battery-electric vehicles (EVs) and telematics systems becoming nearly commonplace, the collision repair industry is no longer simply on the verge of a technological revolution—we’re in the midst of it.

That is why Collision Repair took the time to conduct a phone interview with Andrew Shepherd, executive director of I-CAR Canada, to discuss this fundamental shift in automotive technology and how Canada’s educators are responding to meet these new demands.

I-CAR has begun offering a new series of courses focused on emerging technologies, like ADAS (Advanced Driver-Assistance Systems) and EVs, in the effort to better prepare Canada’s techs-in-training for what is shaping up to be a new form of automobile altogether.

“These are a new couple of courses in a long series of new courses focused on new technology, in particular on ADAS and EVs, offered as a group. They are not required as any foundation, but they are produced as quickly as I-CAR can get the information from the OEs,” said Shepherd.

“They’re 30 minutes long; very focused. They have a quiz at the end, and they deal with how to treat an electric vehicle as soon as it comes into the shop. Before even touching it, assessing it for external damage, dripping fluids, things like that, because the voltage of the battery is so high that there has to be an understanding of how to deal with this right from the start.” Educators across the collision industry are aware of the shifting tides showing a new customer tendency towards battery-electric options, and I-CAR is hoping to meet students right on the frontline of this developing technology, as it is made available, to help propel Canada’s auto industry forward onto the world stage.

“We’ve seen a fair number of the OEs announce a total conversion to electric vehicles over the next ten years, and as always in the collision sector, even the first instance of a new technology can be on a collision shop’s doorstep the day after it’s released,” said Shepherd. “Either shops have to give up that business and pass on it and say we can’t do it, or they have to get the learning in place to do it.”

According to Shepherd, among the many unknowns surrounding EVs and their developing repair processes, establishing adequate safety protocols across the board should be the top priority for educators bringing new techs into the industry.

“These are a new couple of courses in a long series of new courses focused on new technology, in particular on ADAS and EVs, offered as a group. They are not required as any foundation, but they are produced as quickly as I-CAR can get the information from the OEs,” Andrew Shepherd, director, I-CAR Canada

“There are a lot of things about damage analysis and repair that have to be learned, but the first thing is safety. Because of the high-voltages of the batteries, these shops absolutely need to know how to even approach the vehicle, before they decide to take the job on,” said Shepherd. He recognizes the apprehension among shop owners to adjust to this shift, but stresses that the choice may soon be made for them, should shops not take the steps to prepare themselves for this new automotive landscape.

“Any shop owner who is interested in staying in business doesn’t like to reject any job for whatever reason. They might reject, for example, a Mercedes where they don’t have the equipment required to fix it because there isn’t a Mercedes in everyone’s driveway. But there is an increasing number of EVs, so a shop might reject the first one or two, but they’re going to get on board very quickly to serve [the demand],” said Shepherd.

Luckily, as a leader for apprentices in the industry, Shepherd has taken note of an increasing enthusiasm for these emerging technologies among students entering the field and is hoping that this will be the beginning of a new public perception of the autobody industry.

“I would say that most of the people who go into, for example, an apprenticeship in collision repair or paint, are car enthusiasts and certainly those people are more digitally familiar, digitally competent than the people training them. I do think that there is a natural bent of new students toward [new technologies].”

Shepherd continued, “I think we have yet to start targeting people in other pursuits to join the collision industry because of the digital revolution. I think apprentices are a bit surprised how up-to-date the collision industry is—clean and digital. But they’re not selling automotive apprenticeships as a computer business yet.” The results speak for themselves, as technicians with skills geared toward ADAS and EVs are quickly becoming sought-after specialists in the industry.

“All of these trends are pushing shops towards being learning organizations…shops will thrive when they are able to train every day for new technologies.”

On the consumer end of things, the path has yet to be paved, however, as apart from in provinces like Quebec and British Columbia where the incentives for driving an EV are more abundant, the electric option has yet to take hold a mainstream vehicle for drivers in much of the country.

Regarding current national EV sales figures, Shepherd said, “The numbers are low. The numbers are one, two, three percent at this point. But the clear signal of the future is the OE’s statement that they are going to convert all of their drivetrains to battery-electric or a hybrid. So, the path is very clear; how soon they are going to get here is another question. And unlike a lot of the ADAS technologies, the EV doesn’t require massive changes in space or in equipment. All it requires is training, so it’s a fairly easy process for shops to get ready for those EVs that are going to start to come in.” The question for Shepherd and I-CAR now is no longer if the industry can get ahead of this technology, but how quickly can it catch up. “It’s not even an impending shift; it’s the shift we’re in the middle of, towards data-driven vehicles, telemetry, ADAS, battery powered, et cetera. This is a fairly long-term and fundamental shift.”