When it comes to EVs, everybody’s got something to say —but what do you really know?

Depending on where you live in Canada, the idea of electric vehicles likely elicits a different reaction for each person who reads this.

For something that has for the large part of automotive history only been a technological concept, EVs have the uncanny ability to produce equal parts hope and dread among the average North American consumer.

Whether they are something to aspire to, or a threat to your way of life, EVs are the order of the day, or decade, ready or not. In June 2021, the federal government accelerated its impending ban on gas-powered vehicles by five years to 2035. The ban aims to align itself with Paris Agreement commitments to curb emissions rates to 40-45 percent below 2005 levels.

Today, each province occupies its own unique footing within this burgeoning industry; Quebec, British Columbia and Prince Edward Island are pushing their own variations on the federal Incentives for Zero-Emissions Vehicles Program (iZEV).

Saskatchewan and Alberta remain tied to a natural-gas-based system, due in part to the culture around oil in the Prairies, as well as a legitimate demand for EVs that are better
equipped for harsh, rural Canadian winters. 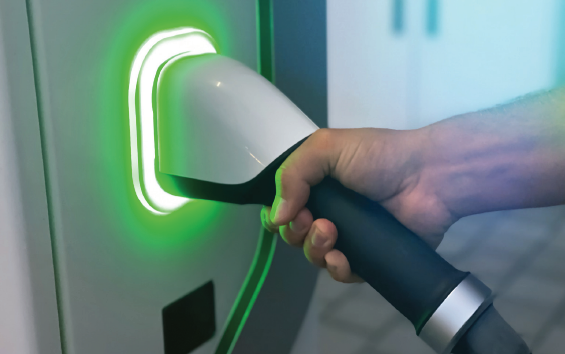 “There is nothing special about an electric car, other than the powertrain. They still run with all the same body panels.” 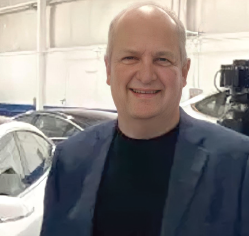 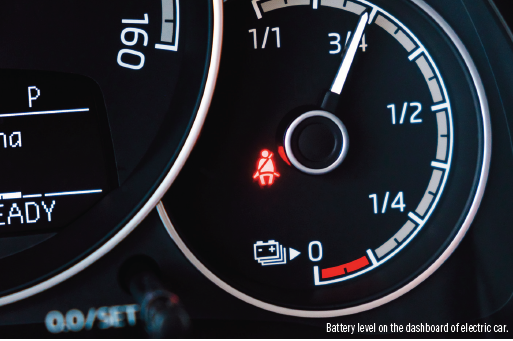 Ontario is attempting to position itself at centre stage of the North American EV manufacturing market by bringing in major OEM contracts for its assembly plants.

The province was forced to cancel its Electric and Hydrogen Vehicle Incentive Program in 2018 after the newly formed Ford government scrapped Ontario’s capand- trade program, through which funding for the incentive program was sourced.

With no real consistency or alignment between provincial EV plans, industry experts have started to take note of gaps forming in the education of repair techs when it comes to electrification, often giving way to misinformation and false rumours about the vehicles.

“In the early days of my career, the two areas that were always feared by collision technicians and where shops would always farm the work out was air conditioning and electrical—they always farmed it out.”

Giles is concerned that the industry is on a similar path with EVs as misinformation around the technology is leading to some pretty short-sighted business moves for some shops.

“What I have been finding, is that the appraisers and the adjustors of these insurance companies are writing these cars off way too easy because they’re fearful of the batteries,” said Giles.

He points out that yes, EV batteries are quite large, they do power the entire vehicle and a legitimately compromised battery is not a small thing. But at the end of the day, they’re still just batteries, like the ones in our phones and the gas-powered vehicles we already drive.

The lack of knowledge around EVs has spawned an understandable, but ultimately wasteful fear of the technology that could end up sending repairable vehicles to salvage yards. “How many times do you drop your phone and put it right back into your pocket,” said Giles, a man who has never once had a pocket explode.

He even spoke of a case where a shop refused to change the tires on a client’s EV because the local fire department wasn’t available to supervise.

By the nature of the business and the way parts ordering and labour rates work, shop owners know everywhere their money is going, so the fact that they are giving up time and money for a safety precaution that isn’t mandated anywhere in the country speaks volumes.

According to a February 2021 survey from KPMG Canada, 68 percent of Canadians would like their next vehicle purchase to be an EV.

As more and more Canadians opt for an electric vehicle, it will be up to repair centres to take that demand seriously and get educated, so they aren’t leaving money on the table.