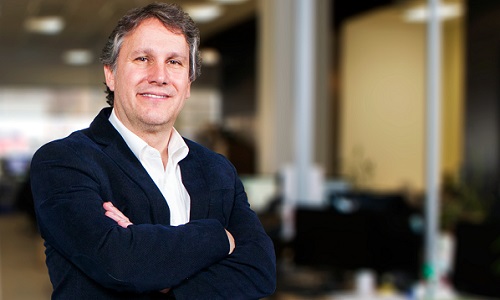 “As we passed 20 million calls per year, and partnered with Serent Capital, it became clear that CallRevu was ready to transition from founder/CEO model to a CEO experienced in growing a profitable technology company in concert,” said Chip King, founder and board member of CallRevu. “His extensive automotive experience, paired with his education and energy, makes him the best choice for the position. We are excited to have him at the helm to lead us to the next chapter of growth.”

“I’m honored and humbled by the trust Chip, Kevin, and the entire board have placed in me to lead CallRevu to its next chapter of success,” said Giagnacovo. “I look forward to leading this exceptional organization of creative, dedicated, and talented professionals. We produce innovative, relevant, and insightful programming every day, and our service is succeeded by none.”

Giagnacovo’s joins CallRevu with more than 25 years of global software and technology experience, most recently having served as CEO for Enprecis Group, a Bregal Sagemount company based in the automotive industry. Other positions previously held by Giagnacovo include leadership roles at Solera, Lenmark/Perceptive Software, RSD, Adobe and Peoplesoft.

“Anthony captivated us from the start and quickly became the natural choice,” said Kevin Frick, chairman of the board’s succession committee and CEO of Serent Capital, CallRevu’s private equity investor. “We’re delighted he is leading the charge to scale and grow CallRevu quickly and profitably.”

CallRevu also announced today that Chip King will continue as founder, while also serving as a member of the company’s board.

PrevPreviousCan you believe this?! – Jan. 17, 2019
NextSurvey: Most Canadians would switch auto insurers for $150 of savingsNext