AT WAR WITH NATURE

For autobody repair facilities in British Columbia’s East Kootenays, humanity and nature find themselves at a crossroads—sometimes it is a literal crossroads where the human ends up in a nasty car wreck and an animal is left injured.

“I’d say the majority of the work we get here is from wildlife collisions and about 90 percent of them are deer,” said Johnson. Data from ICBC shows that B.C. averages about four fatal wildlife-related crashes per year, often under the cover of night and fast enough to catch most drivers unaware.

To mitigate these collisions, the B.C. government announced plans on Aug. 16 to erect a wildlife fence along the region’s stretch of Highway 3, in order to create safer corridors for animals to cross busy roads. The fences guide animals to landscaped highway underpasses where they can cross safely, with the press release saying that similar projects reduce wildlife collisions by 80 to 90 percent.

Some in the collision industry, feel that the fence may do some good, but worry the cost of such a large fence may outweigh the benefit. Others expressed concern that repairing damage from collisions with animals makes up a fair amount of business for facilities in the area. The contract to construct the fence was awarded to Wilco Contractors Southwest Inc. for $644,950 and is scheduled to wrap up by early fall.

Pizza, cheese and car wire covers–unfortunately for the average driver, all three make tasty snacks for rats. According to the automotive research company, Kelly Blue Book, the pandemic may have prompted a change in rat behaviour or a boom in rat populations. Either way, it resulted in auto body shops seeing an increase in customers facing rodent-related issues. While the Kelly Blue Book cites New York, Los Angeles and Chicago as examples of major cities facing more rodent-caused problems, it appears that Canadian cities such as Victoria, B.C. face similar challenges according to a report by CHEK News. 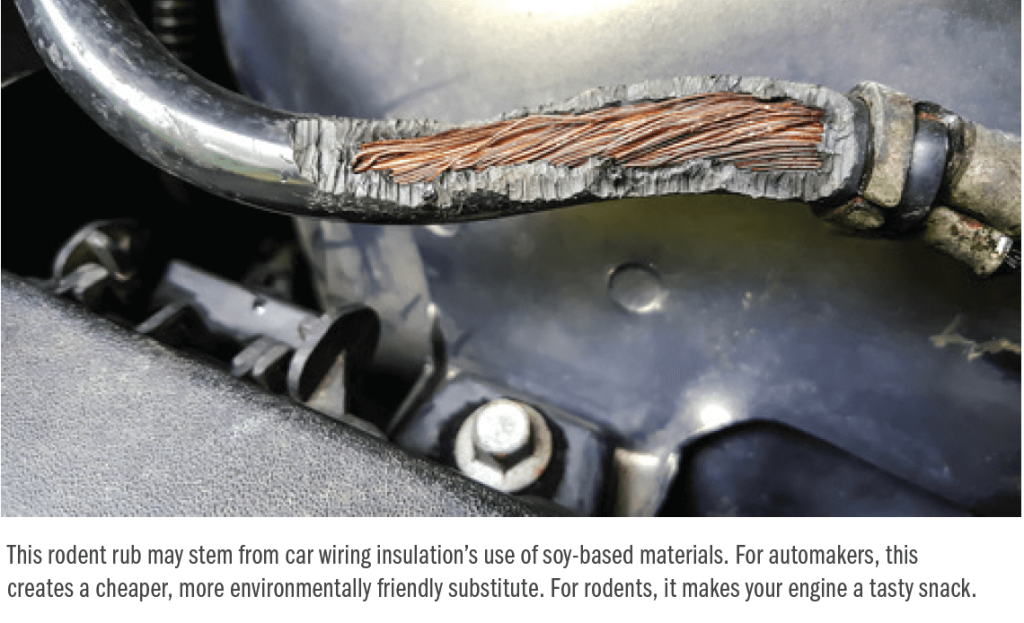