STEP UP FOR SAAR

The Saskatchewan Association of Automotive Repairers (SAAR) says it’s preparing for its “biggest and most ambitious” Fall Conference ever, to be held at the Dakota Dunes golf resort from September 22 to September 24, 2022.

The festivities kick off on Thursday, September 22 with a shotgun start golf tournament at noon. SAAR has the entire course booked out and the organization is asking suppliers to consider sponsoring a golf hole to help cover costs. In return, companies will receive signage at their selected hole and the option to set up a table to greet golfers as they come by. Each hole sponsor will receive two golf spots and two dinner tickets to the evening banquet. For Thursday evening SAAR entertainment, the organization said is exploring the possibility of a karaoke event. The festivities will continue Friday with seminars, keynotes and a trade show. 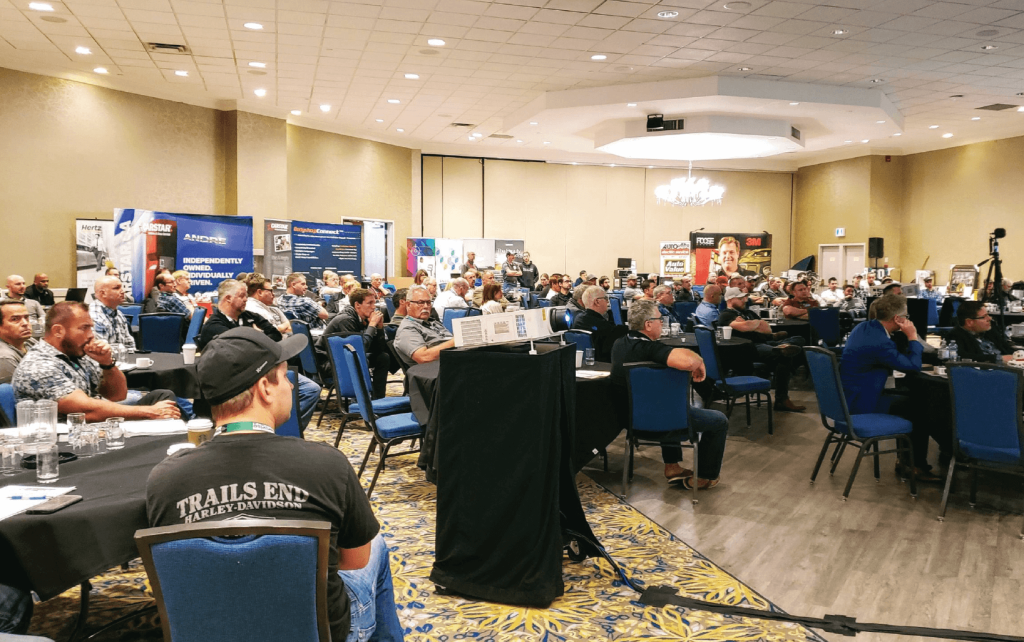 The Fall Conference will conclude at noon on Saturday, Sept. 24, following the SAAR annual general meeting, a guest speaker presentation and the latest updates from Saskatchewan Government Insurance.

After “a record-setting catastrophic storm and issues arising from the COVID-19 pandemic,” a recent press release said that SGI remains financially stable. This comes after the provincial legislature reviewed the SGI’s Auto Fund’s annual reports, where it made $108.7 million in investment earnings, and maintained $1.1 billion in the financial reserve.

However, SGI rejected the idea of lowering insurance rates, citing significant market volatility and instability and the need to prepare for a possible surge in insurance claims.

“SGI is in a position to continue to issue rebate checks time and time again which is great to see, but the Auto Fund is nearly 10 percent over where it should be as of year-end…we are calling for an overall lowering of rates,” said NDP critic Aleana Young.

“We’re over $7,300 less per year than Ontario, we’re less than half of what Alberta pays on average and we have the most comprehensive benefits,” said Minister Responsible for SGI Don Morgan. “So, our intention at this point in time is not to look at [reducing rates]. Customers of Saskatchewan’s compulsory auto insurance plan can look forward to a $100 rebate per vehicle registered, as long as these vehicles are not trailers or snowmobiles.