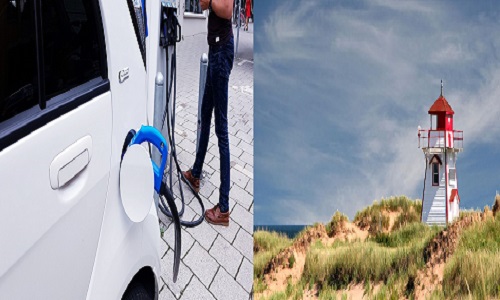 Toronto, Ontario — June 21, 2019 – The driverless car – one that many fear and others anticipate – has come one step closer to being on the roads as deals around the globe are signed and AV technologies develop. From creating a future of driverless roads to creating self-driving transport trucks, this week’s AV report has everything electric and autonomous covered.

Waymo announced on Thursday that they have signed a deal with Renault and Nissan to develop self-driving cars all around the world.

The cars are being tested outside of Phoenix Arizona, and include a selection of Chrysler Pacifica Minivans.

They also plan to develop ride-share services to increase mobility and accessibility across the globe.

Parks Canada has begun putting electric vehicle charging stations in their parks, and one in PEI’s national park has just been declared “ready for use.”

Although Parks Canada does not have specific guidelines for how long citizens can use their charger for, the chargers are open 24 hours to the public in hopes to lessen carbon emissions in the province.

“It certainly makes sense from a green or climate change point of view,”  Bill Courtney, P.E.I National Park told CBC. “And hopefully at the end of its life it demonstrates that it makes financial sense as well.”

The Governor of Florida just signed a new law stating that autonomous vehicles will be allowed to circulate on open roads without a safety driver present.

According to reports, the law was passed in hopes of attracting autonomous vehicle makers to the state of Florida, which is currently in tight competition against Nevada, Arizona and California, who are thriving in AV production.

“The reality is that this bill is unlikely to have much impact one way or the other on the development of the technology,” Sam Abuelsamid, principal analyst for Navigant Research stated earlier this week.

“Most companies are now taking a measured approach to deployment with the awareness that premature deployment could destroy public trust and lead to extremely costly liability litigation.”

Volvo has just announcecd that their first autonomous and fully electric transport truck is ready to be tested. With the help of shipping company DFDS, the vehicle “Vera”, will practice by transporting goods in Sweden.

Vera may be the first officially announced autonomous truck from Volvo, but this isn’t their first experiment with them. Volvo has been playing with autonomous and electric vehicles for years, Vera so far has been the most succesful.

“The transport system we are developing can be an important complement to today’s solutions,” stated Claes Nilsson, President of Volvo Trucks. “It can help meet many of the challenges faced by society, transport companies, and transport buyers.”

Volvo has reported that they eventually want to produce several AV and EV trucks that focus on availability and functionality, but official dates have yet to be relased.