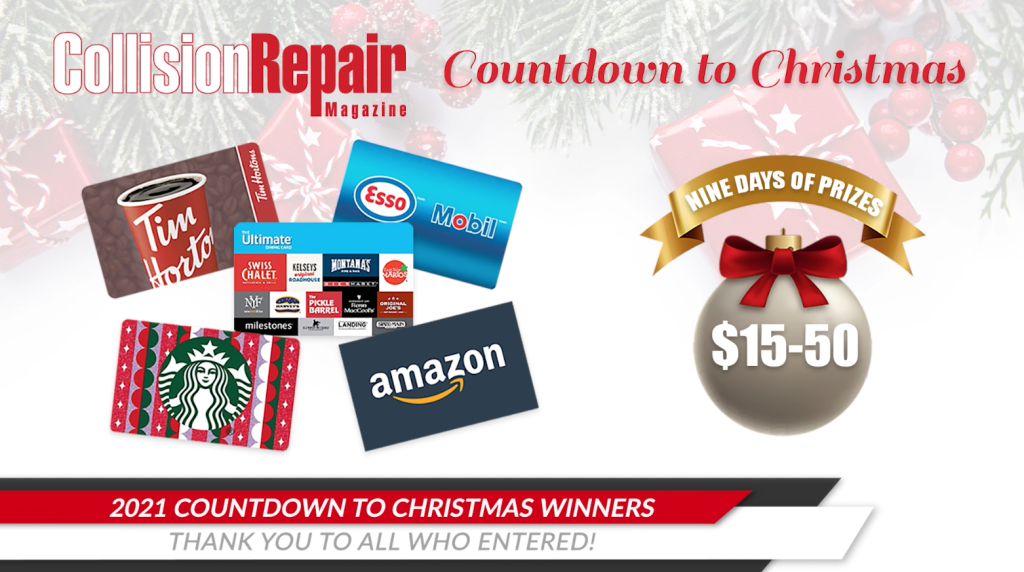 A Month Out: The plan for CCIF Toronto

Toronto, Ontario — While this year’s Canadian Collision Industry Forum (CCIF) Toronto event will have no trade show portion, there are plenty of educational sessions and networking opportunities to look forward to. An AkzoNobel led workshop⁠—How to Build a Culture of Execution⁠—will take place February 3 from 4:30 p.m. to 6:30 p.m., followed by an […]

Edmonton, Alberta — Lordco Auto Parts has opened its fourth Alberta store, located at 4122 Calgary Trail. The store held a grand opening event for the Southwest location in early December, adding to Lordco’s presence in the province with the existing Northeast Calgary, Northeast Edmonton and Southwest Edmonton locations. The company was also recently recognized […]

Toronto, Ontario — It might be in your best interest to stay on the good side of BMW drivers, as a recent survey from Scrap Car Comparison showed that drivers of that particular brand, as well as EV and vanity plate owners, display the most psychopathic tendencies. In an absolutely worthwhile and important survey, Scrap […]

Game Over: Tesla disables Passenger Play feature while in motion

Toronto, Ontario — No more gaming on the go for Tesla drivers as the National Highway Traffic Safety Administration (NHTSA) reported that the EV automaker has disabled the ability to play video games while vehicles are in motion. The NHTSA announced on Wednesday that it had opened a formal safety investigation to look into 580,000 […]

Toronto, Ontario — A new survey from Hankook Tire shows that drivers are trying to stretch their gas money as far as it will go, reporting that people are commuting less, but embarking on far more road trips than before. The company surveyed U.S. drivers ahead of the holidays to gauge how their driving habits […]

Toronto, Ontario — Jeep has launched a new service for the off-road enthusiasts out there that allows Jeep drivers to stay connected while off-the-grid. The “Path Connected” program, or “Freedom Connected” (Jeep uses the names interchangeably), will operate as a monthly subscription service that connects Jeep drivers to satellite tech that tracks vehicle location even […]

Toronto, Ontario – In this week’s electric and autonomous vehicle report, new details are divulged on the Project Arrow concept EV being developed by the APMA, Uber prepares for a driverless food-delivery pilot project in California and General Motors quite literally took a shot across Tesla’s bow. Path of the Arrow An executive from the […]

Winnipeg, Manitoba — Catalytic converter thefts are the hot new trend for seedy jerks and now Manitoba Public Insurance has the data to prove it, as the public insurer revealed the unnerving statistic that thefts of this kind are up 450 percent in the province. According to MPI’s data, 400 vehicles had their catalytic converters […]

The Spirit of SATA: Company extends 23 years of charity

Kornwestheim, Germany — For 23 years now, SATA has supported charity projects at home and abroad helping children and young people in need around  Christmas time. Despite the economic impacts of the COVID-19 crisis, the company says it is determined to continue to support social organizations.  One of the organizations supported by SATA over the […]