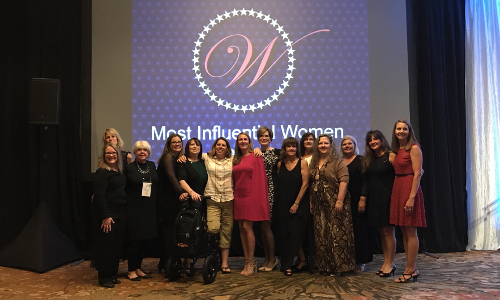 The nominations will stay open until Monday, January 15, 2018, with the final winners being recognized at a gala held during the 2018 WIN Educational Conference on May 7-9, 2018, in Indianapolis, Indiana.

The award recognizes women for their leadership in four areas: industry influence; professional accomplishments; mentoring and support for others in the collision repair industry; and for going beyond the requirements of their professional lives to give back to their communities.

“As a long-time WIN member, I feel it is important for us to recognize the women who have a positive influence in the collision industry and who continue to inspire those who will follow in their footsteps,” said Shellie Andrews, WIN board member and Operations Manager at CSN Dana’s Collision Center.

The not-for-profit organization has welcomed the nominations of women working in any segment of the collision repair industry across the United States and Canada. WIN will then use an independent consultant to interview those who have been nominated for the award and select the winners, so that WIN can remain unbiased in the selection process.

Marie Peevy, Owner of Automotive Training Coordinators and MIW Co-Chair, commented: “The MIW winners represent an amazing group of women who not only excel in their careers and community, but still find a successful balance by putting their families first.”

The Most Influential Women program has so far recognized 88 women who have enriched the collision repair industry with their leadership, vision, and commitment to excellence. WIN acquired stewardship of the Most Influential Women program in 2013 and said it continues to evolve the program to align it with the organization’s mission to “enhance the role of women in the industry.”

The 2018 nomination form can be found on the WIN website at womensindustrynetwork.com.

WIN recently launched its annual sponsorship campaign for 2017/18, which will run until January 15, 2018.