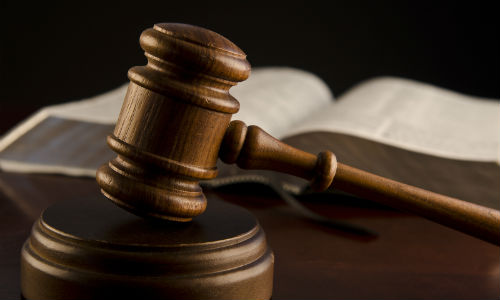 Tampa, Florida – July 26, 2016 — The seemingly endless argument between select US body shops and insurers looks set to stay in the courtroom after a US judge last week agreed to let one repairer’s steering allegation be refiled.

Perk’s Auto Repair claims that Farmers Insurance purposely and deliberately convinced individuals to avoid the Utah-based body shop. According to a report in Repairer Driven News, when the customer requested Perk’s as her chosen repair shop following a February 2015 collision, she was convinced to go elsewhere.

“When (the customer) expressed this choice to her insurer Farmers, she was told that Perk’s was not on their preferred list and she had to take her vehicle to (a direct repair program shop),” the shops’ attorneys wrote back in May 2015, when the original claim was filed, according to a report in Repairer Driven News. “She says she felt forced to use (the DRP shop) because of Farmers’ statement to her.”

Under Utah law, an insurer cannot dictate which auto body shop a policyholder uses to have their vehicle repaired.

Middle District of Florida Judge Gregory Presnell, who last year dismissed similar complaints made by 20 collision repair facilities located in The Sunshine State, continued what appears to have become a multistate trend of throwing out litigation against insurers, turning down eight of nine Utah auto body shops’ claims.

The decision to allow Perk’s to refile their claim comes off the back of observations made in March by Magistrate Judge Thomas Smith that Farmers hadn’t refuted the allegations specifically and the claim that “Farmers told (the customer) she had to take her car to another shop is sufficient to allege improper means because it accuses Farmers of making an untruthful statement to accomplish it’s objective,” quote courtesy of Repairer Driven News.

However, Smith felt and Presnell agreed at the hearing on July 21 that Perk’s still needed to show some sort of loss for the allegation to survive a motion to dismiss. The other specific steering allegations made in 2015 didn’t demonstrate “improper means,” Smith found.

Presnell also noted that GEICO had said, in joining a Farmers objection, that Utah law allows insurers to select a repair shop for their clients. However, since Farmers didn’t challenge Smith’s observation, Presnell said he wouldn’t rule on that argument.

Presnell, in early March, already dismissed federal Sherman Antitrust Act price-fixing and boycott allegations brought by the Utah shops against subsidiaries of the top insurers in the country, including Nos. 1-4 State Farm, GEICO, Allstate and Progressive.

He noted that, should Perk’s attempt to bring the wrongful interference claim forward against Farmers again, he’d likely let a Utah court handle it.