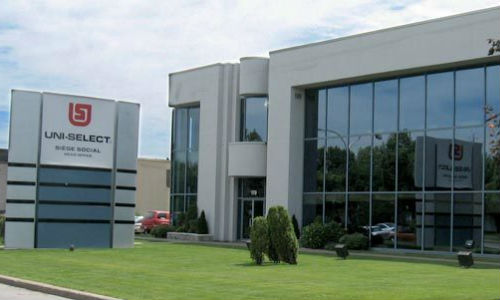 Toronto, Ontario — December 28, 2015 — With the end of the year upon us, media outlets are running the stream of “best of” lists. Topping the list of best-performing stock on the Toronto Stock Exchange this year is collision repair industry supplier, Uni-Select.

Congratulations are in order. The company managed to increase its stock price well over 100 percent. Looking at a chart of the company’s share price over 2015, shares in Uni-Select were trading at just $30.37 on the first business day of 2015, January 2. Just about a year later, on December 18, shares hit a new record high of $67.24. This is a very impressive gain of 121 percent, and outpaces the broad TSX Index by far. It also seems to be the best performance of any single stock on the TSX (assuming the prices hold to the last day of the year). The company’s stock chart can be found here at this link. Adjust the slider at the bottom of the chart to see full-year performance.

The strong performance of Uni-Select’s stock should not be a surprise. The year 2015 has generally been a good one in the auto industry. Sales of cars are at record highs. The number of miles driven is up. And so fundamentals in the industry are strong. But within the wider auto industry, Uni-Select has been an especially strong performer. As has been reported in Collision Repair magazine over the past several months, Uni-Select has undertaken a corporate restructuring that has impressed investors. The company installed both a new CEO and a CFO, shed its debt and sold off some business lines. The sales have left the balance sheet in great shape.

According to the new CEO, Henry Buckley, the company is poised to make some key acquisitions in the coming year as the company works to cement its place as a major player in the collision repair space. The corporate strategy is being recognized as a solid plan. Major financial media outlet Bloomberg recently ran a story that quoted the Buckley as saying that Uni-Select plans to “double its business in the next five years” as the car-parts distributor accelerates its acquisition strategy.

“We have a balance sheet right now that’s clean, we have no debt, we have cash in the bank and an appetite for growth,” said Buckley in the interview. The company has the money to grow revenue through acquisitions. The decline of the Canadian dollar against the US dollar was not a big drag on the company’s financial performance this year, as 60 percent of sales are now in the US. The company also managed to avoid any fallout from the weakness in Alberta following on the slump in the price of oil. All-in the company is generating huge revenue, a total $1.78 billion in 2014. If the company managers to pull off some big acquisitions in 2016 (as is expected) there could a real “pop” in the company’s revenue, according to Buckley. That is, the outsized performance of the stock isn’t over yet.

Looking back at a chart of the company’s stock price over the year, the rally in the shares really began after Uni-Select sold its US auto-parts distribution unit in June. After that, as the company’s acquisition strategy has come clear, the stock really began to move as investors began to buy into the story executives are telling. Since then, Uni-Select has begun to snap up companies. In November it bought TN Discovery Auto Collision Supply. More recently, at the beginning of December, the company announced it bought up Refinish Solutions. On December 28, the company announced the acquisition of ColorMaster Automotive Paint, a distributor with 15 locations in the US.

“This transaction is a continuation of our commitment to grow in key markets and new business segments,” said Buckley.