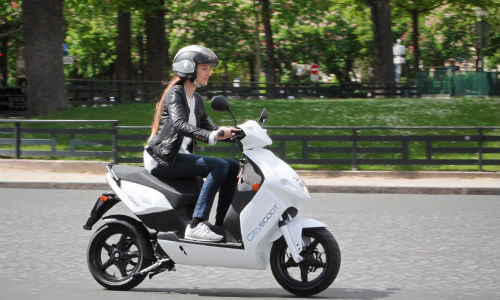 Toronto, Ontario — July 10, 2017 — This week’s Tuesday Ticker looks at a new legal challenge launched against AkzoNobel by one of its own investors, stock in auto parts retailers melts down, Boyd and Assured close their deal and much, much more!

– Just when it seemed the AkzoNobel-PPG takeover story had gone cold … The activist hedge fund that supported PPG’s recent attempt to acquire Dutch paintmaker AzkoNobel, Elliott Advisors, has filed another lawsuit in its attempt to oust the Chairman of AkzoNobel. PPG recently stepped back from its attempted US $30 billion takeover of AkzoNobel. Under Dutch securities law, PPG cannot make another bid for the company again for at least six months. But now Elliot Advisors has, “… started a new action at a different venue, the Interim Relief Court, part of Amsterdam’s District Court,” according to a report by Reuters. The other court case is still going ahead (the initial ruling was preliminary), and so there are now two different court cases going ahead in two different courts.

The story also notes that Elliott has been adding to its stake in AkzoNobel over the last several months and is now AkzoNobel’s single largest shareholder with a 9.5 percent stake in the company. As for AkzoNobel, a PR person for the company was quoted as saying the, “… company would put forward a plan to appease shareholders at the company’s second-quarter results on July 25.”

– A report on Benzinga notes that analyst Bill Selesky of Argus has upgraded PPG’s stock from “hold” to “buy” with a newly established price target of $136. That price would see a return of 20 percent return from current prices. The reasons for the bullish stance according to the report, “… include expectations for improving economic conditions in the European market, which already accounts for nearly 30 percent of total revenue. In fact, despite ‘fairly uneven’ economic conditions in many end markets the company was still able to post strong operational and financial results, which implies the company can thrive in better conditions.” The analyst also indicated that he liked PPG’s decision to get out, “… of the fibreglass business to focus on coatings (and) frees up management’s focus to target the more lucrative segments.” The analyst did not see the failed AkzoNobel acquisition attempt as damaging to prospects at PPG. “Also, PPG’s failed attempt to acquire the Dutch-based paint and chemical maker AkzoNobel doesn’t affect PPG’s status as an ongoing leader in the global coatings industry and the company will be ‘an active participant’ in future M&A deals and industry-wide consolidation,” according to the report.

The parent company of auto parts retailer NAPA was caught in last week’s big sell off in the stocks of car part retailers. On Wednesday the price of Genuine fell almost 5 percent, while shares in O’Reilly Auto Parts were down 20 percent and shares of Advance Auto Parts were off 13 percent. The sell-off was said to be sparked by the latest corporate earnings from O’Reilly, which found that “same store sales” (SSS) at the company did not hit the estimates provided by the company previously.

It seems people are not buying retail parts as they used to. Is this part of the Amazon effect? The online retailer has announced it will begin offering auto parts online.

O’Reilly’s loss last Wednesday was the largest decline on the S&P 500 index on the day. “The comparable store sales shortfall will also have a consequent impact on our operating profitability [putting in doubt whether the company will hit its other targets],” said O’Reilly CEO Greg Henslee in a statement. Shares in aftermarket retailer AutoZone were off 9.5 percent. One analyst cited mild weather over the past two years. Advance Auto Parts recently eliminated 475 positions in corporate, supply chain and field management.

Did Uni-Select stock get hit in the auto parts meltdown? Maybe. The stock has been trading at $29 a share over the last several days. This is down from the highs of $31 a share it had been trading at. Karen Thomas, writing for The Motley Fool, thinks the shares are a good buy. According to her article, Uni-Select shares, “… have come down 18 percent, and at this point, it looks like an even better time to get exposure to this well-run company with a good management team, an exceptional track record, and that still has room to grow.”

Uni-Select did post recent numbers that suggest a slight slowdown in the first quarter, but this performance should be compared, “… against the prior three quarters (that) saw the company reporting better-than-expected results.” According to Thomas, the current “weakness in the share price has made it an attractive bargain.” The company is achieving strong underlying organic growth of 3.4 percent at the Canadian Automotive Group (33 percent of sales) … While the company has been very acquisitive recently, and this has been adding to its growth profile, it is important to note that the underlying organic growth trend is positive … Secondly, the company has room to grow in the paint and material market, which remains highly fragmented and ripe for consolidation, as three quarters of the market is made up of very small competitors.”

Thomas also noted, “… the fact that the company has made over 70 acquisitions of various sizes over the last 10 years and has been very successful in the integration of these acquisitions … Longer term, I am bullish on the company as, in my view, the automotive aftermarket and the automotive paint and materials industries have good growth in front of them due to the fact that consumers are holding on to their cars longer. US and Canadian household and consumer debt levels are unsustainably high, and so consumers will increasingly need to hold on to their cars longer rather than buy new ones.”

– Boyd announced last week it had closed the acquisition of the assets and business of Assured Automotive (through a subsidiary company). The deal was announced May 29, 2017 and reported by Collision Repair magazine. According to a press release, the acquisition is expected to be “immediately accretive to the fund’s earnings” (and therefore cash distributions). Brock Bulbuck, CEO of the Boyd Group, was quoted as saying that, “The addition of Assured significantly increases our number of collision repair centres, and also provides us with an enhanced platform for growth … We now have the leading position in the largest collision repair market in Canada, with further consolidation opportunities and experienced senior management with deep knowledge of the region. This, combined with our track record of new location growth, better positions us to meet our goal of doubling the size of the company by 2020, based on 2015 metrics.” The Assured Automotive acquisition added 68 locations in the province of Ontario where the Boyd Group previously had one location.

– A three-day plunge in shares of Tesla last week saw the stock in the auto maker drop below their “50-day moving average price,” a metric that some technical analysts think important. The company disappointed markets with car delivery targets in the second quarter that were, in the words of one report, “disappointing.” As well, the company’s latest product, the Model S, has “… failed to win a top safety designation.” Shares in Tesla have skyrocketed over the last year. But they were off 13 percent last week, making GM again the largest carmaker in the world as measured by market capitalization.

– Bosch is forecasting significant growth in the market for, “…electric scooters and microcars,” according to a report on Markets Insider. The demand for these smaller vehicles is largely driven by demand from Asia. Already this market has seen sales rise from 58,000 in 1998, to more than 30 million per year in Asia.

– The FFUN Group, a privately owned business, has just opened a brand-new Saskatoon South Hyundai. The new store will be the first in Saskatchewan opened under Hyundai’s Global Dealership Space Identity (GDSI). “The new dealership is over 28,000 sq. ft. with (a) 3,500 sq. ft. showroom, 12 service bays,” according to a press release. Saskatoon South Hyundai is the third Hyundai Dealership operated by FFUN. Hyundai’s Global Dealership Space Identity (GDSI) is being, “… rolled-out across the country and around the world.”