HEAD ON A SWIVEL 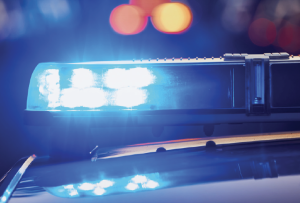 The province of Alberta is taking steps to better protect tow truck drivers while on the job, with the launch of a one-year pilot project to assess the efficacy of blue emergency lights on tow trucks. Industry advocates from the Towing and Recovery Association of Alberta and the Alberta Motor Association, as well as the Alberta Chiefs of Police, have been calling for this sort of initiative for years, with the general feeling being that motorists have become complacent to seeing amber lights, and that blue lights would attract more attention.

The idea for blue lights on tow trucks was first presented by MLA and former police officer, Brad Rutherford, in a private member’s bill. Bill 207, of the Traffic Safety (Tow Truck Warning Lamps) Amendment Act, was introduced into Alberta legislature on April 28.

An OPP officer pleaded guilty to a breach of trust and was given a one-year suspended sentence in June for his involvement in a GTAbased towing industry corruption ring. Justice Gillian Roberts said she did not receive substantial evidence one way or the other to prove whether Const. Bindo Showan received cash kickbacks for his involvement in the illegal operations. Though, she did state “The fact that this was a highly competitive industry rife with problems should have resulted in the police behaving with scrupulous care. Rather than being part of the solution, however, Mr. Showan became part of the problem,” said Roberts. “No evidence of personal gain means the Crown has not proved an aggravating factor. It does not mean that the defense has proved there was no personal gain.” Showan, who has been sued in the past over the legality of his undercover work leading up to the 2010 G20 summit in Toronto, admitted in court that instead of seeking assistance from the first available tow truck following an accident, he, in fact, directed more than $500,000, amounting to more than two tows a week, to businesses owned by Steve Pillay.