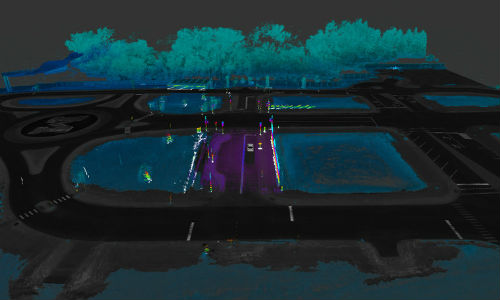 Toronto, Ontario — March 5, 2017 — This week in the Autonomous Report, we hear from a senior engineer at BMW who says full self-driving cars are at least 10 years away, take a look at the cost of generating highly precise maps, the ongoing troubles of Uber and much, much more!

– A BMW exec this week said his company was at least a decade away from building a Level 5 fully autonomous vehicle. Dirk Wisselmann, a senior engineer for automated driving at BMW, said in an interview that, “… there is a difference between safety systems and cars that can take over all driver functions completely.” He was quoted as saying, “Safety systems will help, but not take over 100%. We’ve got at least ten years ahead of us of assisted driving in such situations, not autonomous driving.” According to the story, “The challenge lies in the vehicle’s self-driving systems being able to make all the right decisions in all possible situations.”

– Chinese automaker, Geely, called on the Chinese government to “loosen strict controls on mapping” this past week. Geely is a major Chinese automaker that bought Volvo a few years back. It also owns London Taxi. Now it wants the government to address “current rules in place for national security reasons” around mapping. According to a report, company executives are worried the rules, “… risk inhibiting the development of self-driving vehicles.” Li Shufu, chairman of the part of Geely listed on the stock exchange, is quoted as saying, “The development of driverless cars in China needs the support of precision digital maps … I hope the country can profoundly open up mapping.”

– Another story this week talks about the challenge of mapping. Eventually there will have to be a digital file, “… showing every road in the United States, with the precise location of every stop sign, all the lane markings, every exit ramp and every traffic light.” This map will be updated in, “… real time as traffic is rerouted around construction and accidents …” The Chief Technology Officer of Israeli-tech firm Mobileye was quoted as saying, “If we want to have autonomous cars everywhere, we have to have digital maps everywhere.” This is going to be a challenge. If the maps are going to be useful to AVs the, “…level of precision must be much greater” than the navigational maps that now position a car to within a couple meters through GPS. According to the story “Digital maps for autonomous cars must know the locations of cars, curbs and other objects within about four inches.”

Waymo has created such maps for a few cities in the southwestern US. The company does this by, “… driving around cars equipped with spinning lidar units mounted on their roofs that shoot out laser beams, creating images of the road and the surroundings. Human engineers, in a time-consuming process, then go over the images and tag the objects that are found, like stop signs, buildings, stoplights and do-not-enter signs. The laser equipment needed to do this scanning is expensive—it can cost $100,000 or more to outfit just one car to do this job.”

– The government in Wisconsin finds itself in trouble. Republican governor Scott Walker has blocked any tax increases. But now the state finds its highways are crumbling and will need $300 million in work next year. Walker came out this past week in favour of smaller projects. He suggested that some of the work could be put off as, “… driverless cars could be on roads in the near future and young people are increasingly choosing not to buy cars and relying on services like Uber and Lyft to get around,” according to a local media report. Walker was quoted as saying, “I think part of it is going to be looking ahead and determining whether or not there are better ways we can do those projects in the future I’ve asked (Transportation Secretary David) Ross to look at … whether or not those bidding on those projects are able to deliver at the price that fits the needs of the taxpayers.” According to the report, “Wisconsin might not need to build as many lanes of highways as it has in the past because of changing technology and work habits, Walker said.”

– Uber has run into some troubles lately, leading a writer at Vox to opine that Uber is more “fragile” than other big tech companies. The company is being sued by Waymo, which claims that former Google employee Anthony Levandowski downloaded 14,000 technical files from a company server, then used the information to launch the autonomous truck startup Otto. Uber acquired Otto a few months later and tapped Levandowski to lead its robo-car program.

A former Uber engineer, Susan Fowler, recently wrote a piece online portraying a “toxic, sexist culture,” in the company. Uber is also said to, “… attract employees by offering them hugely valuable stock options—and then makes it impossible to cash out early.” Uber CEO Travis Kalanick promised to address the charges of a sexist workplace.

Uber still requires vast amounts of outside money to pay drivers what it does. The venture capitalists providing the money could get cold feet at some point. The other big ride share company, Lyft, is partly owned by GM. Could the company be getting ready to strike while Uber is on the defensive? Why not?

– Uber will apply for a permit in California to test its self-driving cars on public roads. Last December, the DMV forced Uber to shut down testing in the state because Uber refused to obtain the license (apparently out of fears it would have to make public too much proprietary information). Uber put its cars on trucks and moved them to Arizona. Now it seems to be headed back to California. According to a local newspaper the shift is, “… a rare case of Uber acquiescing to a government regulator.”

– And even more trouble for Uber: The New York Times ran a story this week claiming a reporter saw internal documents suggesting that, “Uber’s self-driving cars ran six red lights in the short span of time that the company was shuttling customers around in autonomous vehicles in San Francisco, California.”

The story notes, “The autonomous vehicle pilot program was announced ‘suddenly in December’ … Uber maintained that it didn’t need the permit as they are not truly autonomous cars but simply cars with Advanced Driver Assist Systems (ADAS), which do not require a permit to drive in California.” But the unnamed sources provided The New York Times with company documents noting that, ‘In this case, the car went through a red light,’ and it did so on five other occasions … ‘All told, the mapping programs used by Uber’s cars failed to recognize six traffic lights in the San Francisco area,’ the Times wrote.