The Autonomous Report: Canada lags behind in self-driving regs, prof says auto insurance will disappear by 2030 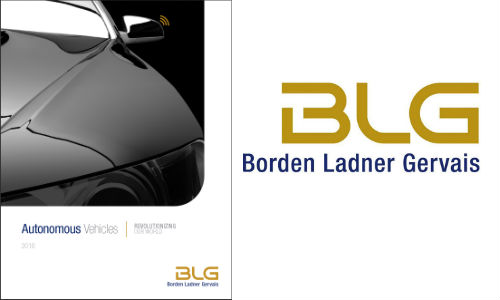 Toronto, Ontario — November 6, 2016 — The number of media stories about automated vehicles (AVs) continues to explode. Here are some of the most important items from the last week.

– The Globe and Mail ran a major story on AVs this past week. John Bordignon at State Farm was quoted as saying, “I believe like every insurer, we’re having those conversations … We’re in the ‘wait-and-see approach’, we’re still in early days. We have to see where technology is going … and how liability is going to change.”

Also interviewed in the story was Mark Francis, Manager of Driver and Vehicle Licensing for the Insurance Corporation of BC. He said insurance rates are, “’… starting to come down for owners of vehicles with semi-autonomous features such as lane-keep assist and adaptive cruise control … As features increase, there is going to be downward pressure on companies to track loss data accurately. They are going to have to drop to stay competitive.’ While the industry is concerned about sharp drops in revenue, few companies are getting out in front of the issue, Francis says. ‘Adopting this ‘wait-and-see approach’ is not good for business and it won’t serve the industry well,’ he says. ‘The industry is going to have to be more adaptive.’”

The story goes on to note that, “… Volvo, Ford and other companies have already said they will accept ‘full liability’ in the future when a car crashes in autonomous mode. They believe the technology will be that good … ‘There may be less accidents, but the accidents that do occur are going to be quite interesting (from a legal standpoint),’ says Jason Katz, a personal injury lawyer with Singer Kwinter in Toronto.”

Mark Virgin, a personal injury lawyer with Stevens Virgin in BC, was quoted as saying that “The law right now is pretty much silent on the issue … Autonomous vehicles in Canada, they are not being spoken to in any of the legislation. It is the area we are most behind.”

The author of the story suggest the “technology is way ahead of regulation and there will be a number of struggles for regulators: Does an AV operator need a license? Can it be used while impaired? Can kids drive alone?”

The story also notes that the 2016 federal budget provides, “… $7.3-million over two years to develop a regulatory framework for emerging technology such as autonomous vehicles. The Senate standing committee on Transport and Communications will also study implications and challenges, including impacts on privacy, energy, land use and employment … The committee is expected to present its findings in spring of 2017.”

A long-time source at Collision Repair magazine, Barrie Kirk, executive Director of the Canadian Automated Vehicles Centre of Excellence, was also quoted in the story: “Ontario is leading Canada, they are out in front in terms of funding for AVs, but at the same time, when I look at G7 countries, Canada is not only dead-last in terms of preparedness, but way behind the other six countries,” said Kirk.

– The Globe story also pointed to a report from the Toronto-based law firm Borden Ladner Gervais, noting that “Under Canada’s common-law legal system, driving in semi-autonomous mode isn’t much different than operating a vehicle with cruise control. That is, there is no way to pass legal liability from the driver to the maker of the AV (as some have suggested).”

The report, titled “Autonomous Vehicles, Revolutionizing Our World,” suggests that, “…even if a car is in semi-autonomous mode, the driver is liable. So, while you can let go of the wheel for short periods of highway driving, you aren’t off the legal hook if something happens … For fully autonomous vehicles … it would seem that legislative amendments would be required to clarify whether the owner would be vicariously liable and under what circumstances … As long as a driver with some ability to assume or resume control of the vehicle is present, there would seem to be a continuing basis for driver negligence and liability as they presently exist.”

– Policy makers need to be careful we don’t end up in AV hell. A story in the Ottawa Citizen about AVs paints a “Hell” scenario for future cities in which, “… driverless car owners will have their vehicles drop them off at work, then let them endlessly circle the block or drive all the way home to avoid paying steep downtown parking rates. The result is even worse congestion than before … retail stores disappear because driverless cars will be so cheap to operate, companies will clog the roads with automated delivery trucks that race around offering 15-minute deliveries of the most commonly bought goods. Bus drivers, taxi drivers and workers in the traditional auto industry are all unemployed by the rise of the autonomous car.” This is what could transpire if there are not, “… well-thought-out laws and regulations are in place, along with tax incentives and disincentives.” The story goes on to say that appropriate policy around AVs could lead to a better world in which, “… people will be encouraged to split ownership of clean, electric-powered vehicles and share rides with neighbours on their street. Traffic congestion will be reduced or disappear and electric vehicles will make for a cleaner environment.”

– A university prof claims that the, “… car insurance industry will cease to exist by 2030 …” This is the claim in a new book by Michael Naylor, according to an article in the New Zealand Herald. He has taught financial and insurance advisers for 20 years and says, “… a perfect storm is coming and the industry is in for a major shake-up.”

According to Naylor, “There is a perfect storm of technological advances which are about to combine, and disrupt both the insurance industry and the adviser/broker industry … The majority of current companies and advisers are technological laggards and will require immense transformation before they will be in a position to combat these threats … The big transformation will probably come from the entry of tech-savvy external firms, which will do things completely differently – the ‘ubers’ … The majority of existing firms will probably go bankrupt due to their inability to transform themselves into a client-centered model, while survivors will be so transformed that they may be unrecognisable.”

– Yet another report from big consulting firms on AVs. This one is by Boston Consulting Group (BCG) and investment bank Morgan Stanley. According to the report, “Insurers should brace themselves for a drop of up to 80 percent in car insurance premiums,” as AV technology disrupts the auto insurance sector. WheelTalk’s report on the study notes that, “A combination of driverless cars, better use of data and more car sharing will push down the cost of motor insurance dramatically over the next 25 years.”

A BGC analyst says, “… a cocktail of different effects, from speed controls to connected technology and autonomous features,” is driving the change. “The industry won’t feel the heat for the next five years or so but then things will accelerate,” according to the analyst.

AVs are being programmed to be as cautious as possible. According to the story, “Step in front of an AV and it should stop.” But the obvious safety features new being built into AVs, “… leave open the possibility for humans to game their behavior.” That is, aggressive drivers or cyclists could take advantage of timid AVs, leading to a situation in which cyclists could, “… rule the roads of New York City if all taxis are driverless”
Apparently Google has already “experienced similar problems firsthand. Some of its cars found it difficult to pull away from stop signs, because they were too timid: other cars simply whistled by while they sat stranded. That particular problem was overcome by having the car inch forward at the junction, much the way a human would, to indicate its intention.”

According to the report these companies are part of the emerging, $6.4 trillion market for mobility. That is, these companies, “… are not only creating cars, but also developing completely new ways of approaching mobility, which will result in fewer fatalities, safer roads and many more improvements.”