We Didn’t Start the Fire: Two vehicle fire under investigation in Nunavut city

Mississauga, Ontario – A transport truck caught fire on Ontario’s highway 401 corridor last weekend, rerouting an extra-spicy delivery of avocados to the surrounding atmosphere. According to the Ontario Provincial Police, the transport truck may have ignited due to an overheated tire. No injuries were reported–just a bunch of free, but burnt, guacamole. In addition […]

Winnipeg, Manitoba — A fire at a Winnipeg housing complex has left more than two dozen drivers out in the cold and waiting for their ice-encased to be returned to them as they await a full cleanup of the scene. The fire broke out behind the Kirkwood Block, on Portage Avenue at Langside Street in […]

Do You Smell That: Garbage truck engulfed in flames captured by Google Street View

Vancouver, British Columbia ⁠— If you’re using it properly, Google Street View can deliver hours of fun. After all, Google’s map car drives all over the world daily⁠—they’re bound to capture some wacky situations. That’s exactly what happened in West Vancouver back in April when a Google Street View vehicle captured an ignited garbage truck […]

Pennsylvania, United States — A driver in Pennsylvania, U.S. had to escape his Tesla Model S Plaid EV as it caught on fire while he was on the road.  The luxury vehicle, which costs US$129,900, was delivered to the driver just three days before it burst into flames, and according to the driver’s attorney, Geragos […]

Toronto, Ontario — Hyundai is recalling more than 390,000 vehicles in the United States and Canada for issues that can cause engine fires. In one of the recalls, owners are being told to park their vehicles outdoors until repairs are made. The recalls include Santa Fe Sport, Kona, Elantra and Veloster.  The largest recall covers […]

Winnipeg, Manitoba ⁠— Winnipeg police have laid arson charges against a man in relation to a million-dollar fire at an autobody shop in Feb. 2020.  Henry’s Provencher Autobody and Frameworks suffered a devastating fire last winter, which resulted in significant damage to the St. Boniface, Man. business last winter. The structure and all of its […] 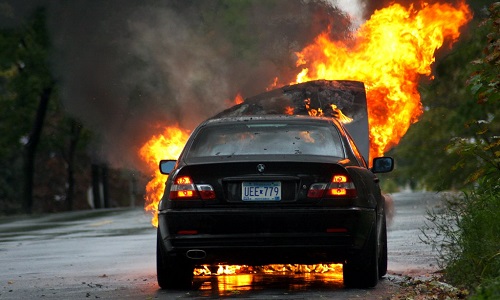 By CRM staff Toronto, Ontario – June 7, 2019 –Toronto police are investigating a series of vehicle fires that occured on Thursday morning, involving an autobody shop, a tow truck and another vehicle. The morning of mysterious fires began at 1 a.m. when Toronto Fire received a call claiming a vehicle was aflame in a […] 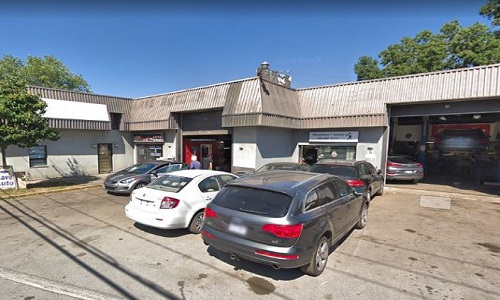 By CRM staff Toronto, Ontario — January 14, 2019 ––  An auto repair shop in Laval, Quebec has experienced some damages due to a suspicious fire that broke out early Monday morning.  The incident occurred around 1:30 a.m. at the Réparation Sept Étoiles on Station St. in Laval’s Vimont district. Investigators have deemed the fire as […]

New Tesla catches on fire twice in one day 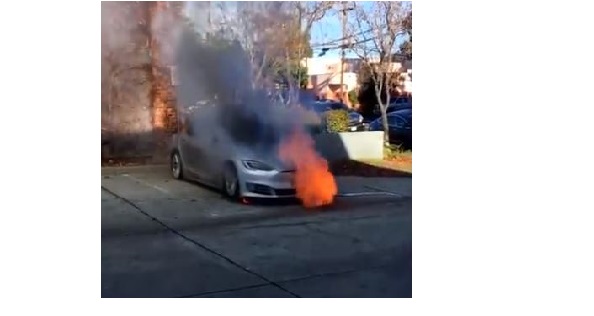 By CRM staff   Toronto, Ontario — December 21, 2018 — Tesla owners might want to be cautious of their vehicle after a brand new Tesla Model S combusted into flames twice in one day.   It all started when the driver noticed his tire pressure was low on his car so he took it […]