The United States is in the grips of a rental car shortage—dubbed ‘carpocolypse’— Prince Edward Island (P.E.I.) has been among the hardest hit by Canada’s rental shortages, so much so that rental companies are turning tourists away because they just don’t have any available. Tolga Toprak, owner of PEI Car Rental, says that no one was prepared for the sheer droves tourists that would descend upon the province once it started easing restrictions.

“When the government announced the Island was opening up, people were so quick to book cars that it jammed up our business,” said Toprak. “We were not ready. Even car dealers weren’t ready.”

Throughout 2020, people were largely stuck at home, with no need for a rental car. For Toprak, yearly revenue dropped more than 70 percent. Now, the team is experiencing the opposite problem—low fleet volumes and higher rental fees for the vehicles the business does have available.

“Rentals are extremely expensive because of demand,” he said.

Pre-pandemic, P.E.I. Car Rental charged about $70 per day for a car rental. To attract customers in the thick of restrictive measures, the company had to lower its prices to $30 a day. Now that demand is up, the business charges $99 per day.

In the wake of the pandemic and travel restrictions, many car rental companies took steps to drastically downsize fleets and lay off workers. The hardest impact has been felt in tourism-based communities, like that of P.E.I, which relies largely on tourism to bolster its economy.

“We’re fully sold out for the month of August,” Toprak told Collision Repair magazine in July. “We are really trying to make it easier for our guests, but our fleet isn’t limitless, so unfortunately we have to tell people that we don’t have any cars available.”

Toprak instead urges P.E.I.-headed tourists turn to New Brunswick or Nova Scotia car rental facilities to meet their needs. “Most, if not all car rental operators across the world had to reduce their fleets significantly during the pandemic due to extreme reductions in consumer demand,” Craig Hirota, vice-president of government relations and member services with the Associated Canadian Car Rental Operators told CBC News. “Nobody was travelling for vacation and corporate travel was basically non-existent. It left a lot of unused vehicles sitting on lots.”

Roland Van Meurs with the Alberta Motor Association (AMA), however, attributes Alberta’s car rental shortage was caused by one thing, and one thing only: the pandemic. He says COVID-19 was the first domino to set off this entire issue.

As COVID-19 restrictions prohibited travel, many car rental companies were in a dire position financially and had to sell a large portion of their inventory to stay afloat. “As long as COVID was lasting, a lot of the car rentals had to sell a good chunk of their fleet,” Van Meurs told CBC News. However, now that things are opening back up and more people are travelling, many car rental companies simply lack the inventory to keep up with the demand.

“There is not a lot to be tapped. It’s pretty frightening,” said Van Meurs. AMA’s data indicates there are currently almost no rental vehicles available and as result companies have increased their prices quite dramatically— sometimes “double” to “triple” the regular price, he said. 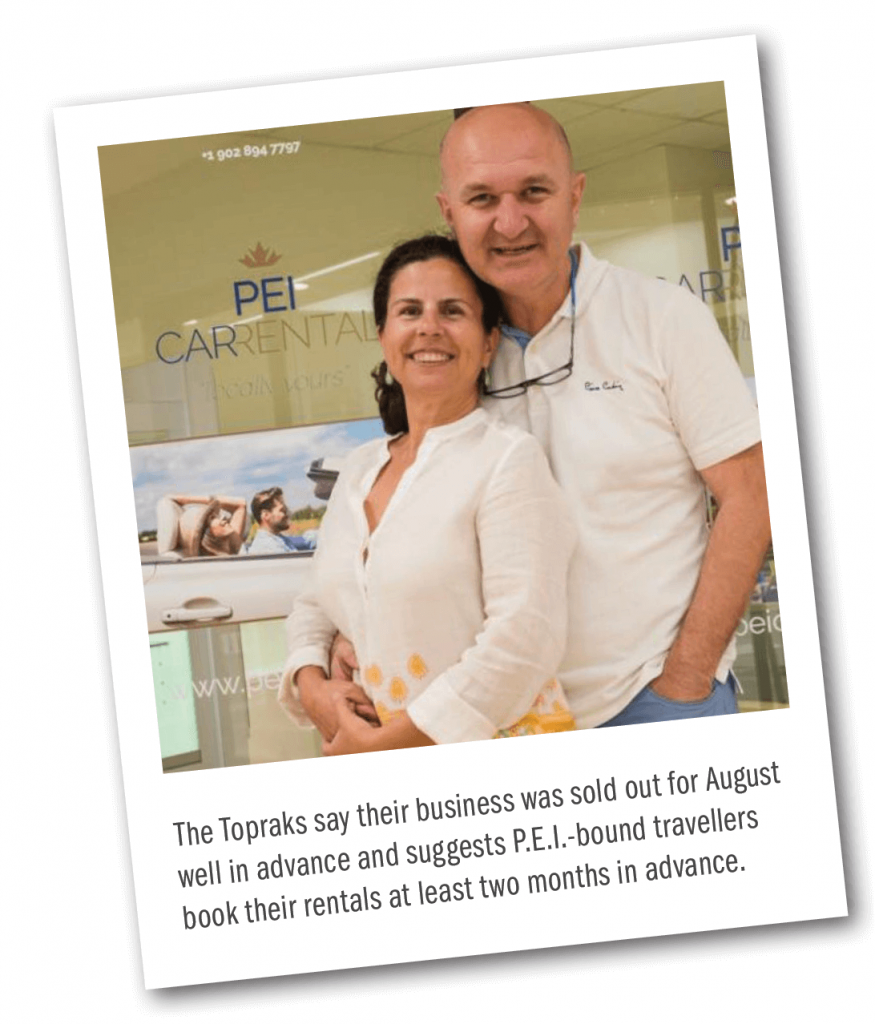