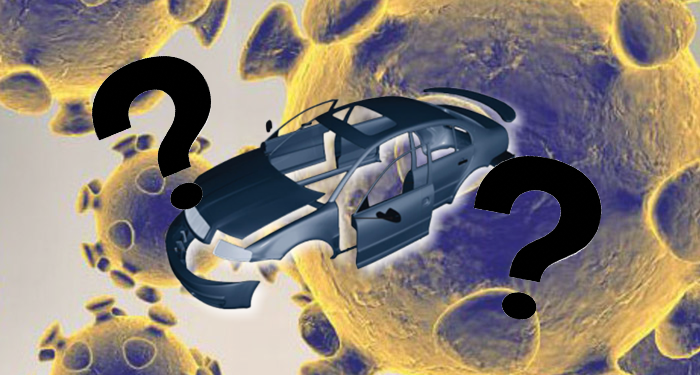 Toronto, Ontario ⁠— China’s auto sector has been all but shut down since late January’s Chinese New Year celebrations, which was followed by the Coronavirus outbreak⁠—so, what does that mean for Canada’s automotive sector?

As the Coronavirus continues to take a toll on China’s auto market, North American auto suppliers are reportedly scrambling to find new sources for parts that are delayed or unavailable in China due to quarantines, plant closures and lost productivity.

While many Chinese plants remain closed amid the outbreak, the ones still open are cutting back on shifts and production, said Mike Bilton, president of the Canadian Association of Mold Makers (CAMM)⁠—and it’s starting to affect the North American supply chain.

“A lot of parts or subcomponents that are needing to be put onto the larger assemblies are either not available or delayed,” said Bilton. “It’s forcing a lot of the tier ones to go out and take measures to find a different supplier, which is a cost in time and resources.”

Between five and 15 percent of product has already been affected in Southwestern Ontario on the tier one side, said Bilton. The effects have been slightly less for tier two suppliers.

Several Canadian companies have issued work travel bans⁠, including Magna International and Ford. Magna had already banned travel to and from China for all employees but has since added travel bans to and from Japan, South Korea, Iran and Northern Italy.

On Feb. 21, Magna said its operations in China were still running under capacity due to the outbreak, but it was too early to say what the long-term impact may be.

China boasts the world’s biggest automotive market⁠—and Wuhan, the epicentre of the virus, is known as the nation’s ‘Motor City.’ The city is home to plants for General Motors, Honda, Nissan, Peugeot Group and Renault. It is also the capital of Hubei province, which accounts for roughly 10 percent of the 23 million cars China produces annually.

Throughout February, China’s auto sales stood at a virtual standstill. In the first 16 days of the month, overall sales were down 92 percent, according to the China Passenger Car Association (CPCA). The CPCA said only 4,909 cars were sold in the nation during the first half of February.

The CPCA also issued a statement on Mar. 4 to confirm that overall auto sales fell 80 percent throughout the entire month of February.

European automakers have been reeling from effects since late February⁠—British news outlet BBC even reported that Jaguar Land Rover’s supply chain system is so desperate it has been shipping crucial parts from China to the United Kingdom is suitcases to keep supplies flowing.

As of Mar. 10, Canada has 79 confirmed Coronavirus cases: 36 in Ontario, 32 in British Columbia, four in Quebec and seven in Alberta.

Do you have concerns about Coronavirus affecting your business? Collision Repair has issued a survey to learn more about how the industry is reacting to the outbreak⁠—click here to complete the survey.

Consumers Want Anti-microbial Coatings in New Vehicles in light of COVID-19 and are Willing to Pay, according to IHS Markit

Ford to Discuss Return of Legendary Bronco with BofA Securities