Waterloo, Ontario ⁠— Waterloo will be reviewing a recent court ruling that suggests its bylaw keeping tow trucks 200 metres from an accident unless they’ve been called there is “inconsistent” with part of the Highway Traffic Act.

On Sept. 20, 2018, Waterloo tow truck operator Jasreet Singh Pahal offered his services to a woman who had rear-ended another vehicle despite not being called to the scene by anyone involved.

He was charged under the bylaw, but on Jan. 30, a court ruling said Pahal argued he was allowed to be at the scene under the Highway Traffic Act⁠—and justice of the peace James Ziegler agreed.

According to Ziegler, section 177 of the Ontario Highway Traffic Act is inconsistent with its bylaw, which was introduced in Feb. 2017. It reads, “No person, while on the roadway, shall stop, attempt to stop or approach a motor vehicle for the purpose of offering, selling or providing any commodity or service to the driver or any other person in the motor vehicle.”

However, the section continues to state that “subsection (2) does not apply to offer, sale or provision of towing or repair services or any other commodity or service, in an emergency.”

“This conflicts with the general exception for emergencies,” said justice of the peace James Ziegler. “The permission to tow truck operators to offer service in emergencies under section 177 is paramount province-wide and is binding on the region.”

In the ruling’s wake, Kris Fletcher, director of council and administrative services for the region, says it will review the decision and consider any options.

“At this time, no decisions have been made on the next steps,” Fletcher told CBC News.

Waterloo police Constable Ashley Dietrich said, for the time being, tow truck operators should continue to keep their distance unless called to an accident.

“Since the bylaw is still in place and seen as an enforceable piece of legislation, tow truck drivers, if found within the range of 200 metres from any collision, will be charged until the legislation changes,” said Dietrich. 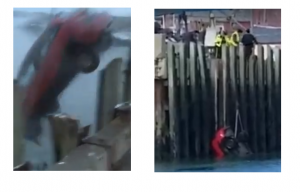 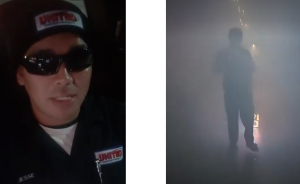