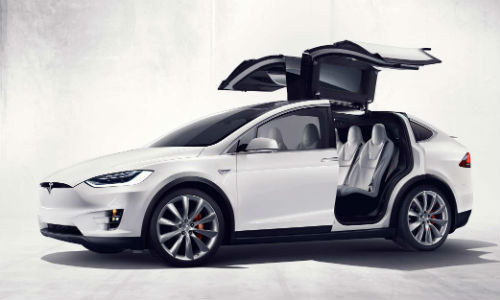 Toronto, Ontario — December 8, 2015 — Welcome to this week’s installment of the odd and interesting news from around the automotive industry.

– The 2016 Ford F-150 will continue to utilize the new aluminum body, but now you’ll be able to power it with natural gas. The new model will include this option. It might be a good idea. The warm winter is absolutely killing demand for natural gas for heating. As a result, the price of natural gas is at multi-year lows.

– Southern Ontario collision repair facilities waiting for that lucrative first winter snowstorm will have to wait another week yet. Weather forecasts for North America predict more weirdly warm weather. Temperatures will hit 9 degrees this coming weekend in Toronto, which has not seen any snow yet.

– Could your labour woes be solved by a Syrian immigrant? A recent article in the Globe and Mail notes that many of those coming into the country worked as auto mechanics before their displacement by the war. Surely there must be some body techs among them.

– Toronto cabbies have created chaos in downtown Toronto over the past week. A hunger strike was followed by several days of protests that blocked downtown streets. The protests are doing nothing to engender sympathy among the local populace. Locals are just annoyed.

– Cyclists make better drivers, apparently. A UK-based insurance firm has run the numbers and finds that drivers who also bike are generally more careful. No wonder. Drivers that cycle know what it’s like to share the road with cars. They are especially vigilant. As a way of taking advantage of this, the UK insurance company is offering cyclists cheaper car insurance. The “experience of cycling on the road makes that person a better driver” according to the company. The insurer will start by offering discounted policies to members of cycling clubs.

– Is there a stock boom brewing among the companies taking part in the automated vehicle revolution? Arguably. Every couple of years a new group of stocks become market darlings. In the late 1990s it was the stocks of the dot-com companies. In the early 2000s stocks related to commodities companies took off. Now it’s the turn of the stocks related to companies in the AV sector. Articles touting the advantages of investing in the many small start-ups in the AV space are sprouting like mushrooms. Investment gurus are pushing so-called “driverless car stocks” as the next new thing. The investment thesis is basic: Growth in driverless car technology has already started. But the growth “will really take off” over the next 10 to 20 years as vehicles become more “connected.” A Boston Consulting Group report in April estimated that the global market for driverless car technology will skyrocket to $42 billion by 2025 and then almost double again to $77 billion by 2035. One industrial sector that will benefit will be chip fabricating companies. Current cars use slightly over $300 worth of chips today. The amount of money per car for computer chips is expected to growth to $368 by 2018. Partial automation will add another $100 worth of chips. “High automation” will add $400 to that number. “Full automation” will add $550. Chipmakers hope rising demand from the auto industry will replace slowing demand from the he PC and smartphone markets. This week NXP Semiconductor bought up Freescale Semiconductor for $11.86 billion this week. The deal will double NXP’s auto-related business and makes NXP the number one supplier of automotive-related chips in the world.

– Another sector that will grow in the AV world to come will be map makers. Vehicle navigation systems rely on maps, which need to be regularly updated. “There’s a big push for self-driving cars, and in the development of maps and location information,” says Harold Goddijn, President and CEO of mapping company TomTom. “There’s a whole new technology that must come together.” To assist driverless cars maps will need to be much more accurate than they are now. “We need to know how many lines are on the road, how many lanes there are, and 20-centimetre accuracy where an exit starts and where it ends,” Goddijn says. “We need all that to give the computer in the car the information to accurately plan its next manoeuvre, and know where it is and where it’s heading….We’re building a self-learning and self-improving system that’s highly automated and based on machine learning and other technologies. This will help us to make sure that the maps are accurately reflecting the reality.”

– Ready for a new car industry term? “Range anxiety” is the worry that there are no electrical charging stations available for electric cars. The phrase was used by Ontario Transportation Minister Steven Del Duca when he announced the Ontario government will offer $20 million in grants to public or private partners willing to develop a network of fast-charging stations across the province that can be used to power up any electric car. “Having the knowledge that they can refuel relatively easily right across our road and highway network is something that I know will encourage them to make the switch,” said Del Duca this week. Premier Kathleen Wynne made the announcement Tuesday while attending the UN climate change conference in Paris. According to Del Duca, range anxiety is limiting the growth of EVs in Ontario.

– Global insurance companies in Australia are working to reduce the fees major car rental giants charge their clients. As it is, the Collision Damage Waiver (CDW), as it is called in the industry, sees consumer paying up to $40 a day for insurance. But big companies like Allianz Global Assistance, AXA, Chubb and QBE are partnering with next generation startups that allow consumers to conveniently insure their rental cars at a fraction of the cost of the rental companies. Tripcover.com charges as little as $7 per day over a week long rental for insurance. “People are making the switch,” said Desmond Sherlock, co-founder and GM of Tripcover. “It was a no brainer, really. We approached Allianz Global Assistance in 2011 with the idea, knowing that it was a thriving category in the UK, and although it started slow we are now seeing a doubling of customers year on year.” Hiccup and RentalCover are another couple of companies working to cover renters for less.

– Samsung Electronics announced on Wednesday that it will enter the automotive industry. The South Korean company will create a new business unit for developing auto parts for next-generation vehicles including electric vehicles and self-driving cars. Samsung said the new team will work outside of existing divisions which mainly manufactures smartphones, televisions, washing machines and computers. The purpose is to grow sales of car components, with an initial focus on in-car entertainment, satellite navigation and autonomous driving technologies as a way to search for a new profit driver.

– Fenix Parts has earned an average broker rating score of 1.00 (Strong Buy) from the five analysts that cover the stock. Brokers have set a 1 year consensus price target of $12.50 for the company. Considering the stock current trades around $6, if the analysts are right, stock holders could realize a more than 100 percent increase in the value of their Fenix shares over the year to come.

– The zero-dollar car? Another big shift happening in the auto industry: The way in which vehicles are to be sold and financed is changing. The traditional sales model in which an auto dealer sells the car, and the associated finance product, is set to become an out-of-date business model. John Ellis, the former Global Technologist and Head of the Ford Developer Program at Ford Motor Company, was speaking at the recent White Clarke Group Auto Captives Summit. He said that with the growth of on-board diagnostics (OBDs), car companies are creating user-data pools that reflect intentions and preferences of drivers. According to Ellis this info “is ‘gold’ to marketers – and ‘money’ to anyone that can harvest, analyse and process it”. Ellis said he foresees a day when dealers are able to reduce the asking price for a new car as “discounts for data extraction become more readily sought.” He even predicted the “virtual disappearance of the retail asking price altogether.”

– Japanese car brands again dominate the US insurance industry’s rankings of the safest vehicles for the 2016 model year. The Insurance Institute for Highway Safety said on Thursday that 48 vehicles earned its highest rating of “Top Safety Pick Plus”. That’s up from 33 a year ago. Toyota, Honda and Subaru had the most winners, with 23 combined. Volkswagen and its luxury brand, Audi, had seven winners. Volvo, Hyundai and Mazda each had multiple winners. The Chrysler 200 was the only US domestic car to earn the designation. The institute says several vehicles added automatic braking in 2016 so they could compete for the top prize, including the Nissan Maxima and Toyota Avalon.

– UK insurers warn that holiday gifts hidden from prying eyes in the trunk of a car may not be covered by auto insurance in the case of theft. According to a recent report eight million drivers in the UK hide £1.5 billion worth of Christmas presents in the car. But most don’t check to see if those gifts are covered by their auto insurance.

– Famous Wall Street “activist investor” Carl Icahn continues to make waves in the automotive sector. In a recent filing with the US Securities Exchange Commission he disclosed he has taken a 12.2 percent stake in auto industry player Pep Boys. He is calling on the company to sell its auto parts retail section to his own company, Auto Plus. Icahn also has a stake in Quebec-based company Uni-Select. Is he putting together a parts and finishing conglomerate? Maybe. Bridgestone was in the process of buying Pep Boys for $15 a share. Now Icahn stands in the way of that deal with an offer of $15.50 a share for PBY.

– Toyo Tire has been fined $1.7 million by the Canadian Competition Bureau for participating in a bid-rigging conspiracy. Toyo is a Japanese manufacturer of automobile and truck tires and other rubber components. The company pleaded guilty today to three counts of bid-rigging under the Competition Act and was fined $1.7 million for its participation in an international bid-rigging conspiracy related to the supply of anti-vibration components to Toyota Motor Corp. The case was brought by Canada’s Competition Bureau.