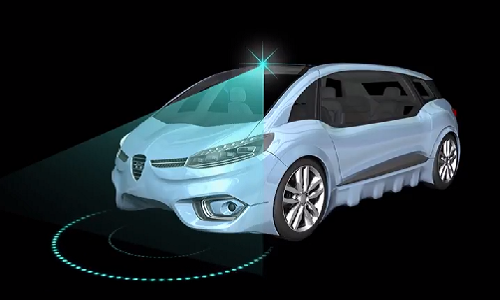 Toronto, Ontario – In this week’s electric and autonomous vehicle report, Windsor-Essex County placed a big bid for battery development in southwest Ontario, Lion Electric is approved for an order from the U.S.’s second-largest school district and Hyundai is at odds with their battery developer regarding recent battery recalls.

To close out February’s funding season, the Windsor-Essex Economic Development Corporation (WEEDC) has thrown its hat in the ring to try and bring an EV battery production plant to the area.

WEEDC put forth a proposal this week for a projected $1.2 billion battery production plant that the developers expect to open up 2,000 new jobs for the southwest Ontario county.

“Government officials have told us this is the farthest-along proposal about locating a battery manufacturing facility in Canada they’d seen.”

MacKenzie said that WEEDC plans to follow up with its interested manufacturer at some point in the next two to three weeks.

The EV developers are based out of Saint-Jérôme, Que. and say they are excited to fulfill the order for the district which spans about 1,865 sq.-km. and more than 1,000 schools.

“LAUSD is possibly the most well-known school district in the United States, and we are pleased to have been chosen as a key partner in their journey toward zero-emission school bus operations,” said Marc Bedard, CEO and founder of Lion Electric.

“These all-electric buses signify the district’s commitment to improving the local environment and the health of its communities, and we are confident that they will meet and exceed the expectations of the operators and students.”

Hyundai is on the hook for 82,000 new batteries after it was determined that there are fire hazards involved in the charging process of some Kona EVs between the model years of 2018 and 2020.

The Korean automaker has yet to comment on the cause of the fires, however, the battery’s manufacturer, LG Energy Solutions, was quick to deflect blame, claiming in a press release that Hyundai misapplied advice given to them by the company regarding the battery’s fast-charging capabilities.

An expert on Korean industry and trade commented on the recall.

“It’s very significant for both Hyundai and LG as we are in the early stages of the electric vehicle era. How Hyundai handles this will set a precedent not just in South Korea but also for other countries,” said Lee Hang-koo, senior researcher at the Korea Institute for Industrial Economics & Trade.