Cop who participated in staged collisions dismissed from the force 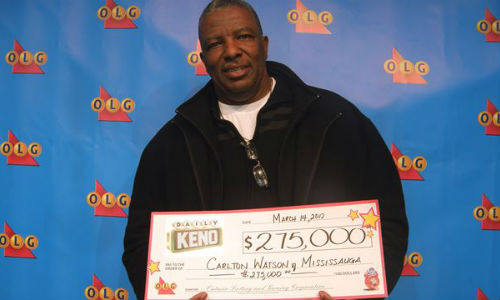 Mississauga, Ontario — July 26, 2016 — It looks like his luck finally ran out. Const. Carlton Watson, who once won $275,000 in a Daily Keno draw, has been dismissed from the Peel Regional Police force. The dismissal comes nearly a year after he received a five-year sentence related to his part in a staged collision ring.

Watson, a 23-year veteran of the force, was ordered “dismissed immediately” at a disciplinary hearing after he was found guilty of misconduct under the Police Services Act.

The “misconduct” in question relates to his actions during a civil proceeding brought against him in connection with the staged collision ring.

Watson was sentenced to five years in prison at a Brampton court in September 2015. The charges included more than 40 charges of fraud, breach of trust and obstructing justice in relation to a series of staged and fake vehicle collisions.

RBC Insurance Group served a statement of claim on Watson in 2012. The statement alleged Watson filed false reports and participated in a conspiracy to defraud RBC through false insurance claims while on duty as a police officer. Although Watson was served notice, he did not respond to defend himself. Watson was therefore deemed to be “in default,” and the allegations were assumed to be true.

Watson was ordered to pay more than $53,000. The hearing heard that RBC tried to compel Watson to attend a second meeting in 2013 for the same purpose, but he failed to appear and was found to be in contempt of court. He served seven days for the contempt charge, but failed to pay the judgment. RBC filed a writ against his personal property to secure payment.

During the disciplinary hearing, David Migicovsky, lawyer for Police Chief Jennifer Evans, pointed out that Watson’s career has been somewhat checkered. According to Migicovsky, Watson has been under suspension for approximately half of his policing career.

In passing the guilty verdict during Watson’s criminal trial, Justice John Sproat said the officer was paid to provide accident reports to make staged accidents look legitimate, as part of a scheme that bilked insurance companies out of more than $1 million in indemnity payments and associated investigation and legal expenses.

Watson was found guilty of multiple counts of fraud, obstructing justice, uttering forged documents and breach of trust, in connection with nine insurance claims dating back to 2010.

The hearing heard that Watson was on paid suspension for nearly five years after his arrest. In total, he was paid more than $500,000 in salary since he was charged. His status was changed to suspension without pay following the guilty verdict in his criminal trial.

Tow truck driver Wayne Isaacs of Brampton was also arrested in connection with the staged collision ring and charged with defrauding the public. He is scheduled to go on trial this fall.

Peel police have confirmed that Watson did not receive a severance package or buyout. Watson is currently out on bail, pending the appeal of his criminal convictions.