Consolidation, connected cars and materials use will shape collision repair in 2016 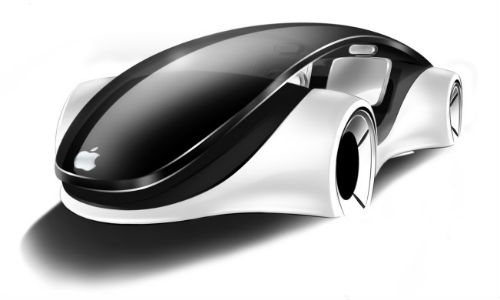 Toronto, Ontario — January 2, 2016 — What a remarkable year it’s been both in collision repair and the wider auto industry. Car sales rebounded to near record levels. The world learned Silicon Valley is coming to the transportation sector (or vice versa). Consolidation in the collision repair sector continued apace.

First the numbers: According to experts the auto industry is on track to record that 1,688,167 new cars and trucks will be sold in the US during the month of December. That would make the month just ended the fourth best-selling month on record. For the year, total sales south of the border could be 17.5 million, which would surpass the previous record of 17.35 million in 2000. With the price of gasoline is at a multi-year low—the average price of a gallon of gas in the U.S. was $1.99 on the Monday before Christmas—the last time gas averaged less than $2 per gallon was 2009. This has made it easier for car owners to drive further and more often increasing the amount they drive. So the industry as a whole is enjoying a relative moment of stability. Assuming similar trends apply here in the north, it seems there are a lot of new cars out there to fix. And that bodes well for 2016. But before we move on to the New Year, let’s take a look back at some of the trends that will help shape the year ahead.

– One of the biggest trends in the industry this year has been ongoing consolidation. The collision repair industry is still undergoing a once-in-history reformation similar to what occurred in the hardware store industry in the 1980s when two big banners (Home Hardware in Canada, Ace in the U.S.), consolidated many independents into larger corporate structures. There were some big moves in terms of consolidation this year as this trend moved ahead.

Fix Auto announced in July that it has paired up with provincial pension fund La Caisse de dépôt et placement du Québec (CDPQ), which will invest $8.2 million to help Fix Auto fuel “growth in Canada and internationally.” Fix CEO Steve Leal, was quoted as saying at the time that, “Having a long-term financial partner gives us the agility that we need to achieve our aggressive growth targets … the Caisse is a symbol of our commitment towards the Quebec market. Fix Auto is a Canadian success story which is now on the global scene, and given the pace of our international growth plans, we are truly proud keep our roots planted here.”

In an interview at this year’s NACE event in Detroit in August, Leal discussed with Collision Repair magazine his company’s global ambitions. On the Caisse deal he suggested it “took months to negotiate.” Discussing his company’s unique franchising plan, Leal said his model will be the one to beat. “Having an owner on site is an important. I think this is why our model will succeed,” said Leal.

Could Fix be the next big Canadian global franchise success story now that Tim Hortons’ has been gobbled up by the Americans? Leal thinks so. “We have big plans for Fix Auto as a leading global brand,” he said. The frankness is refreshing to hear from a Canadian executive. Later in the year, news emerged that Leal will spend some time this winter in Australia kicking tires of MSOs down under. In November the company announced a new board of directors, a group that now includes Stéphane Léveillé, the Senior Director of Private equity, mid-market Québec, at CDPQ. Leal has assumed responsibility as Chairman of the Board of Directors. The company promises a fifth board member has been selected and will be officially announced in early 2016.

– Winnipeg-based Boyd Group continued to add stores at a rapid rate. The company added dozens of stores to its chain in 2015. In the third quarter of the year, it posted record sales of $301.1 million for the quarter. That is up from $218.1 in the same quarter the year previous. With a strong balance sheet, it is no wonder units in the Boyd Income Fund continues to advance. The company’s units are now trading near the higher end at $64.57.

– One of the biggest deals of the year arrived near the end. CARSTAR Canada was bought up by a US company, Driven Brands (itself owned by a major private equity firm, Roark Capital). The US arm of CARSTAR was picked up by Driven Brands about six weeks previous to the announcement of the deal with CARSTAR Canada.

Adding CARSTAR Canada to the Driven Brands portfolio strengthens the company’s position as a North American powerhouse in the automotive aftermarket franchising industry.
CARSTAR Canada will be part of Driven Brands’ recently created Paint & Collision business segment, comprised of Maaco, CARSTAR and Drive N Style. The Canadian headquarters will remain at the current location in Hamilton. The combined CARSTAR business (Canada and US) now accounts for more than 450 locations and $700 million of annual system sales.

According to a statement from Driven Brands, this makes CARSTAR the largest brand in both system sales and locations in the automotive collision repair industry.
The CARSTAR Canada deal marks the third acquisition for Driven Brands since it was acquired by Roark Capital earlier this year. This brings the brands’ footprint to more than 2,200 franchise locations in the US and Canada. Combined, all businesses generate nearly $2 billion in system sales.

– This year will also be remembered as the year it became clear traditional Silicon Valley players like Google and Apple are targeting the car market. The promise of a meeting between the car industry and the advanced tech of Silicon Valley promises to create Internet Boom 3.0. One end-of-year estimate is that in 2016 the worldwide market potential for the connected car industry will be $43.7 billion. But that market will grow rapidly to over $122 billion by 2021. There is no end to the hype around autonomous vehicles and connected cars. A Navigant Research report suggests that 95.4 million autonomous cars will be sold every year by 2035. It seems the auto industry is going to become much more “digital” in the years ahead.

– The year 2015 also recorded a record number of recalls, including the world’s single largest, the Takata airbag recall. Could collision repair centres get some of the business involved in replacing millions of airbags? The question is being tossed around. NHTSA execs have mused about the importance of recruiting independent repair shops into the recall process. We’ll see how this question unfolds in the year to come. Honda Canada has just announced it will roll out a program in 2016 that will see collision repair shops enlisted to help identify and warn drivers who might have one of the affected airbags in their car.

– Last but not least, the shift towards aluminium and high-strength steel in the building of auto bodies continued in 2015. This was the year that aluminum was used in the body of the biggest selling North American vehicle, the Ford F-150. Collision repair centre owners wondered if they needed to acquire the specialized equipment and skills needed to work with aluminium. Some made the investment, and some have decided to wait. It’s hard to say what was the smarter course. On one hand, the 2016 model year will see many more cars utilize advanced and lightweight steel, the Cadillac CTS among them. Audi and Honda will also up the amount of high-strength steel and aluminum used. But aluminum makers indicated they were surprised that not more announcements were made in terms of major brands shifting more fully to aluminum. The epic questions around this key materials debate will continue to play out in 2016. This seems to be one of the few sure things in an industry that is changing faster than ever.

PrevPreviousThursday Fun: Drones checking claims, 2015 may set a record for vehicle sales and China goes wild for electric cars
NextFix Auto – The Miller Group helps get a family back on the roadNext