One in six small business owners are considering going out of business, according to a report from the Canadian Federation of Independent Business (CFIB). The CFIB’s report, released on August 11, says official small business bankruptcy numbers have been “steadily increasing since the beginning of the year and are currently at a two-year high.” Insolvencies from the start of the pandemic peaked in March 2022 with 318 cases. Recent CFIB data indicates that ten percent of small business owners would file for bankruptcy if they could not keep doors open; 46 percent of businesses risking closure would stop operating rather than go through bankruptcy. Another 27 percent considered transferring the business to a new owner. The report also states that 54 percent of businesses report below-normal revenues. Sixty-two percent carry unpaid debt taken on during the pandemic, ringing to an average of $158,000.

FIX IN THE MIDDLE EAST

Fix Network World recently announced a partnership in the Middle East, continuing the company’s plan to grow its worldwide repair network. This partnership between Fix Auto and Gulf Motor will expand their entry into countries under the Cooperation Council for the Arab States of the Gulf, such as Saudi Arabia, Qatar and the United Arab Emirates. Currently, Fix Auto operates in over 20 countries. According to a press release, six collision centres and six quick service centres will open in Saudi Arabia. GMC has agreed to renovate its facilities and retrain staff to Fix Network World standards, with these locations expected to begin operating around October 2022. “This new partnership in the Middle East demonstrates our commitment to growth through rapid expansion in thriving global markets,” said Steve Leal, president of Fix Network World. “This iconic brand was created based on a very simple idea–to unite a fragmented aftermarket industry so body shop owners can experience the power of a network while owning and operating their centres independently.” 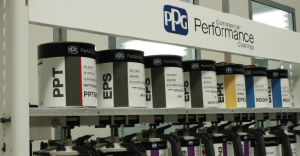 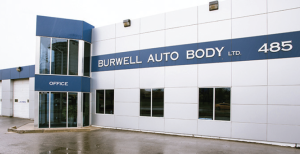 AutoCanada says it reported its highest second-quarter revenue ever, marking revenues of $1,686 million—a 32 percent increase over the same period last year. Net income for the period was $29.1 million, which includes $10.0 million of incremental inventory writedowns versus income of $37.7 million in the prior year. “This strength allowed us to continue to advance our acquisition strategy with the recent addition of Burwell Auto Body and Kelleher Ford, further expanding our national collision centre footprint and our dealership platform across Canada. We remain well positioned to continue to execute on our acquisition pipeline in the coming quarters with several dealerships and collision centres being evaluated,” it wrote alongside its earnings statement.

Canada’s new-vehicle sales for August marked the lowest stats in two decades, according to DesRosiers Automotive Consultants. Automakers sold approximately 126,524 new vehicles in August—down 13.9 percent from the same month in 2021 and the lowest-ever August numbers since 1999, said DesRosiers. The consultancy said the industry had hoped that “August would represent the tipping point in which the market would reverse direction and start to show sales gains. Sadly, this was definitely not the case here in Canada,” it wrote.