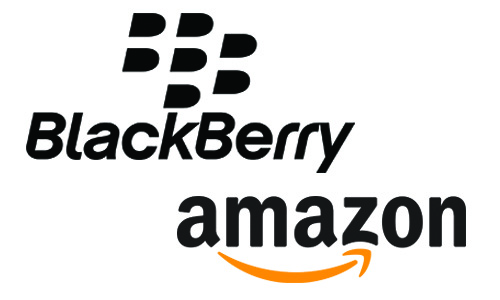 An interesting story in the business press notes that, “BlackBerry Inc.’s strength in security, privacy and interconnectivity will enable it to be a major player in the emerging market for self-driving and connected cars…” Even so, the company’s CEO, John Chen, says it may take a decade for AVs to become common. Chen was addressing shareholders at a meeting. The Waterloo, Ont.-based company, is, apparently, “… working with a host of automotive parts makers, semiconductor developers and big name auto companies, including Ford Motors and Jaguar Land Rover… But Chen said fully autonomous vehicles, guided by wireless networks, will probably remain a rarity for some time to come because of the complex task of developing the technology but also due to the necessary public policies.” He was quoted as saying, “Let’s say (in) 2021, you’re not going to see a lot of them – if there are any. My speculation: ten years (from now) is probably closer to the truth than three years.” BlackBerry QNX is the first in the country to test a self-driving car in this country. The trials began last October. Some in the city were surprised to find the trials had been underway for some months when transit activists began to discuss the recent pedestrian death caused by an AV. https://bit.ly/2JXnC8i

In what is a tragic and darkly comic turn, it now turns out the driver of the self-driving Uber that killed the pedestrian recently was looking at their smartphone, not at the road as they were supposed to be. That is, the self-driving car hit the person because of distracted driving on the part of the passenger. If that makes any sense.

For those curious about the status of Ontario regulation on self-driving cars, the latest issue of the CAVCOE newsletter was out this week. One if the items notes, “The Ministry of Transportation of Ontario (MTO) is continuing to work on its second generation regulations for testing AVs on public roads in Ontario. The regulations may expand the scope of what can be tested on Ontario’s public roads according to Barry Kirk, president, CAVCOE. According to the piece, at present, Ontario is the only province allowing testing of AVs on public roads. “Alberta is currently working on legislation to allow testing of AVs on Alberta public roads. In addition, the Canadian Council of Motor Transport Administrators is studying the topic,”

A major American grocery chain is betting, “… driverless cars can speed up the adoption of grocery delivery in the U.S.” Kroger is the largest U.S. supermarket chain by sales and stores. This past Thursday the chain said it would work with electric-vehicle startup Nuro Inc. to test a device that will allow the world’s first driverless grocery deliveries. Nuro has been mentioned before in this column. The company makes automated vehicles that can drive on sidewalks. The devices are supposed to make deliveries around a local neighborhood possible. According to a story in the Wall Street Journal, “Kroger and Nuro executives said delivering groceries without drivers –  while still years away -would make such services cheaper and easier to introduce in less densely populated parts of the country.” A source in the story is quoted as saying, “We are not trying to be a dollar cheaper than regular delivery. We are trying to be an order of magnitude cheaper.” https://on.wsj.com/2ySIx

For those who haven’t been paying attention of late, the drone sector has been on fire. When people think of AVs they typically think of self-driving cars. But drones are also automated vehicles and that sector is evolving rapidly. Way back in December of last year that Amazon made its first drone delivery to a residence. A drone delivered a bag of popcorn and an Amazon Fire TV stick. This year, sales of drones have just surpassed the $1 billion in revenue mark for the first time. A recent article in the Canadian press notes that drone schools in British Columbia have seen registrations double this year. New regulations from Transport Canada are expected to kick off the commercial drone industry and that’s where this story gets interesting. An outfit called Zipline has been delivering medical supplies in Rwanda by drone since October of 2016. Here in North America a publicly-traded company, Drone Delivery Canada (DDC), has just announced a new device that will be able to carry 180 kg pallets to remote settlements in Canada’s far north. Delivering goods in the far north is expansive. Food, fuel and goods have to be delivered by boat or plane in the summer, ice road in the winter. But the executives at DDC think they can do these deliveries for less by utilizing drone technology. Their latest devices, the Condor cargo delivery drone, is engineered to provide a pallet-load of goods over 150 kilometres. The company believes this to be a disruptive technology that will be faster, easier and cheaper than traditional delivery services according to a press release. Says DDC CEO Tony Di Benedetto, “We are quickly advancing our technology out of the lab and into the skies. This begins with DDC providineg a logistical solution for remote communities where infrastructure is limited or non-existent. The opportunity to help drive social and economic betterment to these communities by deploying our drone deliver platform is evident and with approximately 1000 of these communities across Canada’s north. We see this region as a great opportunity for us.” A press release notes that Drone Delivery Canada will work alongside Transport Canada, The National Research Council and various technology and commercial partners including Toyota Canada to deploy and operate this next generation drone delivery platform. The company’s vp of regulatory affairs is quoted as saying, “This pilot program will allow us to provide Transport Canada with the critical information needed to facilitate the safe, reliable and routine conduct of future ‘beyond visible line of site’ commercial operations.” That is, these drones will fly 150 kilometer-long routes, distances that are fay beyond that of the drone operator. This is key. Current drones are operated by someone on the ground who always has the drone in site. The next step is to let drones fly beyond the line of sight. Shares in DDC are up more than 80 percent so far this year.

Another organization, Unmanned Systems Canada (USC) – an industry association representing all aspects of the unmanned systems industry – has announced the Canadian Unmanned Ground Vehicle (UGV) Student Competition. This competition is patterned on USC’s very successful and long running Unmanned Aerial Vehicle (UAV) Student Competition. According to the CAVCOE newsletter, “The UGV Competition will challenge students at post-secondary institutions across Canada to develop a scale model of a fully-automated snow plow during the 2018-19 academic year and compete in a face-off competition against other student teams.” The competition will be held in Ottawa over the weekend of May 25-26, 2019. Drone deliveries to the far north and an automated snow plow. It doesn’t get much more Canadian than that.