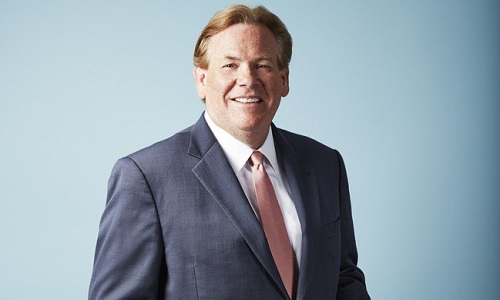 Toronto, Ontario — November 30, 2018 —This week’s AV Report touches on General Motors recent announcement about their upcoming autonomous vehicles, and an Automotive Technology Survey. With all of the recent General Motors plant closures, the automaker releases their plans to going forward with the autonomous future they have invested in. Plus, the Jim Butler Auto Group, exposed the results from their recent survey that touches on self-driving vehicles.

General Motors, and Cruise are taking the next steps towards to commercializing autonomous technology. GM announced Thursday, that the company’s president, Dan Amman, will be vacating this role to lead the autonomous vehicle unit.

The move underscores that even though GM announced five plant closings in North America this week and about 14,000 hourly and salaried job cuts by the end of next year to save $6 billion, its commitment to electric and autonomous vehicle technology is unwavering.

The executive job shifts “demonstrate our commitment to transforming mobility through the safe deployment of self-driving technology and move us closer to our vision for a future with zero crashes, zero emissions and zero congestion,” GM chairman and CEO Mary Barra said in a statement.

It’s clear from the recent headlines that OEMs have been moving towards investing in self-driving vehicles, but a recent survey released from the Jim Butler Auto Group shows that people are still unsure and uncomfortable with this new technology.

The survey contains answers from over 30,000 drivers nationwide and revolved around the automotive technology of 2018. It highlighted all of the new automotive technology innovations that are entering the industry such as the arrival of digital vehicle subscription services and autonomous vehicles.

When drivers were asked about their thoughts on autonomous vehicles, 72 percent of respondents were uncomfortable with operating or riding in self-driving vehicles, and nearly 60 percent of the respondents went further, expressing outright distrust of the technology.

However, drivers responded with comfort when it came to driver assist features, including hands-free calling, built-in navigation and lane departure warnings.

With no surprise, the younger generation of drivers showed the most interest in autonomous vehicles, with 60 percent in neutral to strong agreement with the statement, “I trust self-driving technology.”

“Right now, consumers are looking to technology to help empower their driving, but not necessarily to become the driver,” said Brad Sowers, president of the Jim Butler Auto Group. “With attitudes varying by age, fully autonomous vehicles could gain in greater acceptance over time, but for many consumers today, self-driving technology still seems like science fiction.”

But beyond self-driving vehicles, 30 percent of the younger drivers said they believed that flying vehicles would be released and commonly used in their lifetime.