BACK FROM WHENCE YOU CAME 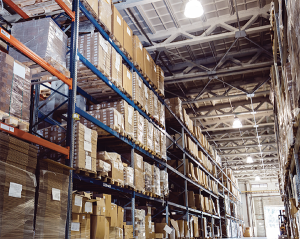 In just a matter of days, British Columbia has become an isolated enclave on Canada’s west coast due to intense rainfall and flooding, leading to many of the province’s imported products being stuck in limbo in port warehouses. Among these delayed products are in-demand auto parts that were due for delivery prior to the rain. According to a report from Reuters, warehousing and trucking firm 18 Wheels Logistics has filled every inch of its existing storage space with alcohol, auto parts and other goods. It signed a lease for another 180,000 square feet, the equivalent of two city blocks to deal with excess demand. Chief executive of 18 Wheels, Adrian Wen says that they are currently working to re-route trucks carrying auto parts, among other goods, back over the border into Washington and through to Alberta instead.