A star in the industry 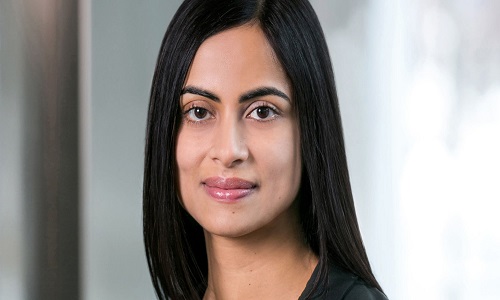 By CRM staff
Toronto, Ontario – September 28, 2018 – General Motors Chief Financial Officer Dhivya Suryadevara has made quite the name for herself within the automotive industry.
Earlier this week Suryadevara was named as one of ten women leaders to watch by Fortune Magazine, according to the Detroit Free Press.
Growing up in Chennai, India, Suryadevara completed her bachelor’s and master’s degree in commerce form the University of Madras. At 22-years-old she moved to the U.S. to attend Harvard Business School, were she received her MBA.
Suryadevara’s career began at the World Bank back in 2002, before transitioning into a position at GM. By 2013 she had climbed the ranks becoming CEO and chief investment officer of GM Asset Management, while simultaneously running the company’s $85 billion pension operations.
“I saw that I was only limited by how much effort and time I wanted to put in, which is what made me want to work harder,” Suryadevara told Real Simple.
In June of this year Suryadevara became the first female CFO in the automaker’s 110 year history, joining current CEO Marry Bara to make GM one of two Fortune 500 companies to have females at both positions.
“Dhivya’s experience and leadership in several key roles throughout our financial operations positions her well to build on the strong business results we’ve delivered over the last several years,” Barra said.
Suryadevara has spent the past 14 years working for the American automaker and replaced long standing and former CFO Chuck Stevens. She was one of 64 women CFO’s on this year’s Fortune 500 list, a number that has nearly doubled over the past decade.
“Any time a woman is added to the C-Suite it’s something that should be celebrated,” said Anna Beninger, senior director of research at Catalyst.
“Given that the rate of change for women into the C-suite and into the CEO level has been so slow, any time we see one, it is certainly progress.”
Share on facebook
Facebook
Share on google
Google+
Share on twitter
Twitter
Share on linkedin
LinkedIn
PrevPreviousMid-term grades are in!
NextA WINner’s MindsetNext