A place to plant your roots

It can be hard to tell that you’ve hit your stride if you never look back on when you were crawling.

The collision repair industry has changed a lot in the 21st century and, arguably, it’s better for it.

The “wild west” days of trial-and-error dent hammering and Bondo-based repairs are mostly a relic of the past, but what value is there in doing away with the old and if you’re not constantly striving for what is new and better? This industry’s foundation is built on progressive- minded owners and managers who aim to provide their staff with the best training and equipment available, with the promise of high calibre repair quality and top-notch customer service in return.

Cassie Rossen of Dilawri Collision Centre in Calgary is one such manager who puts progress above all else.

Collision Repair caught up with Cassie over the phone to discuss her upbringing in the collision repair industry and how she has grown and developed as a business leader alongside it. “Collision centres were known as dirty or dingy. Now they’re clean and state-of-the-art and people really take pride in their positions,” said Cassie. 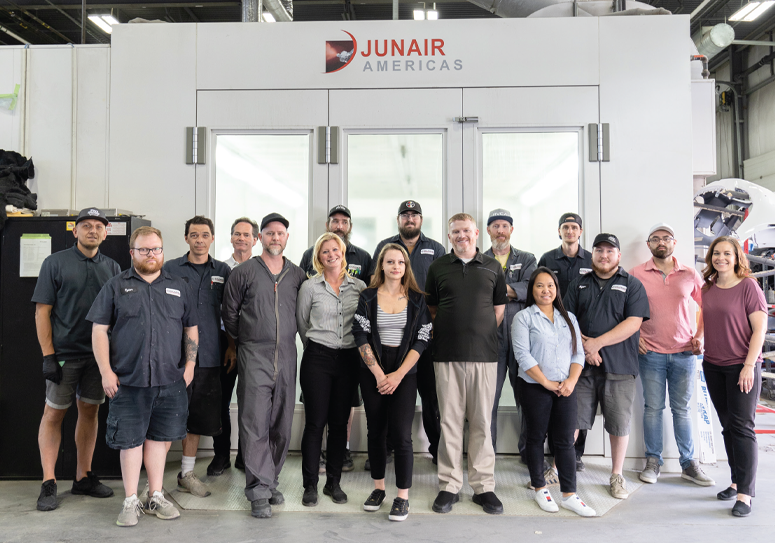 “I had a close friend that had owned a collision centre and a lot of good friends and family that worked there. I witnessed the ‘old school’ way the industry was prior to it becoming more professional.”

“It was refreshing to me to see after the years I had been away from the collision industry how much it had grown and how professional it had become. They were really working hard to change the image and starting to adhere to OEM guidelines. It was much different than my original impression.” Now to be clear, no one is knocking the proud history of bodywork here, but we would be kidding ourselves if we thought that leaving repair procedures up to the mood and ambition of a technician on a given day was a good idea.

As such, Cassie has made her shop into a bastion of OEM repair procedure. “This is the most certified and well-recognized collision centre in the city,” she said. “We have 12 OEM certifications which we eat, sleep and breathe by. We repair the car as it is meant to be repaired by the manufacturer and Dilawri truly believes that as well.”

Cassie’s unwavering commitment to procedure didn’t spawn from out of thin air, but from a background learning the collision industry from several of its unique vantage points, like private dealer groups and nationwide network consolidators.

Her first real step into the industry came in 2008 when she applied to a customer service position with a collision franchise, though before long, Cassie realized she was being groomed for greater things. “I had previous skills in project management and executive assistant-type stuff, so the city manager at that time saw the potential in me,” she said.

“I went into a store to do some training and they quickly saw I had the capabilities of being a manager. So I went through the process of becoming an estimator first of all, learning the industry and the business.” Cassie had found her calling. “Within two years I became the location manager.”

From that point on, Cassie had become a highly sought-after leader in the southern Alberta collision industry, hopping around from location to location to help bring repair centres into the new century.

“My former city manager at Boyd Group had stepped down and new management had come in. From there I went over to the Kaizen Group here in Calgary. I was the assistant manager of their brand new Nissan body shop. I really tried to help establish and grow that business,” said Cassie. Moving from a large group like Boyd to a comparatively smaller group of companies like Kaizen taught her several valuable lessons about how this industry works for its different players.

Over the next several years, Cassie worked stints for two large franchises—she says her time in such roles armed her with increased knowledge of vehicle repair process—before settling into a management position for five years where she ran two neighbouring collision centres.

However, when the pandemic hit, demoralized by layoffs and cutbacks at her shop, Cassie took a second look at what kind of business she really wanted to run. “At that point, I decided it was probably time for me to take my management career in a different direction. I wanted to grow a little bit more,” she said.

Following a seasonal hailstorm that drew in some much-needed business as Cassie got her bearings in her new role, Dilawri Collision Calgary was humming along and proving to its new manager that she was meant for the helm.

“I’ve been here 19 months now and it’s been incredible. I really, really enjoy it and we have a great team. I’m learning what it means to be a true manager and business owner,” said Cassie. “Coming here made me truly realize that I had what it took.”

Cassie recognizes that she is lucky to have a team behind her with a passion not just for the trade of collision repair, but that are loyal and dedicated to improving themselves and the Dilawri Collision name simultaneously. “Without our people, we are nothing. If we have good people and we treat them correctly, in turn we can treat our clients correctly and repair their cars correctly,” she said.

Dilawri prides itself on elevating its staff within the company, according to Cassie, who claims that “out of the ten techs in the back, more than half of them have come up from the detail department and become a technician within the organization.” A repair facility must being something right when they can truthfully boast that their staff has more than 120 years of combined career experience on that same 1,208 square metre production floor. As a result, Dilawri Collision Calgary hasn’t had much trouble in securing a slew of major OEM certifications from BMW, Mini, Volkswagen, Honda, Acura, Nissan, Infiniti, FCA, Hyundai, Genesis, KIA and Jeep—though Cassie says she’d like to snag a few more luxury certs before she’s fully satisfied.

At the end of the day, with all of the fancy equipment and shiny-sealed certificates set aside, Cassie is in this for the customers. She understands the lasting physical, emotional and financial burden an auto collision can leave a person with and strives every day to make that experience just a little bit easier for her neighbours.

“We unfortunately see people in some of the most difficult times of their lives. Having a collision, or being involved in a hailstorm or a theft or any sort of incident with your vehicle is highly inconvenient,” said Cassie. “Doing whatever we can to make the process smooth and easy for the client is something I have always really enjoyed. I enjoy people and seeing how happy they are when they get their vehicle back.” 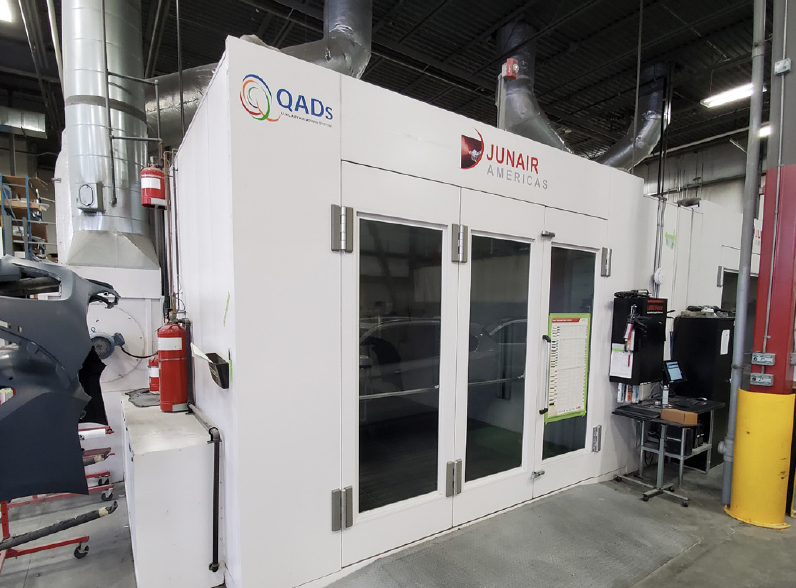 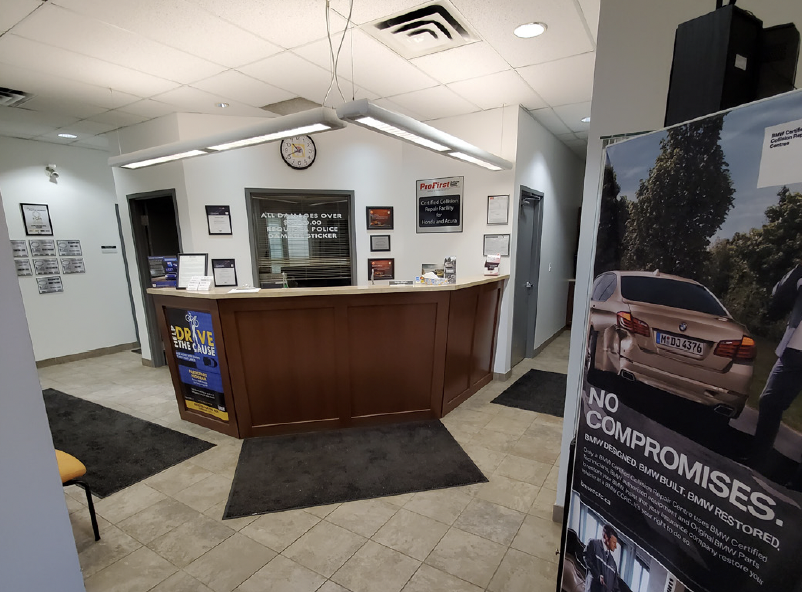 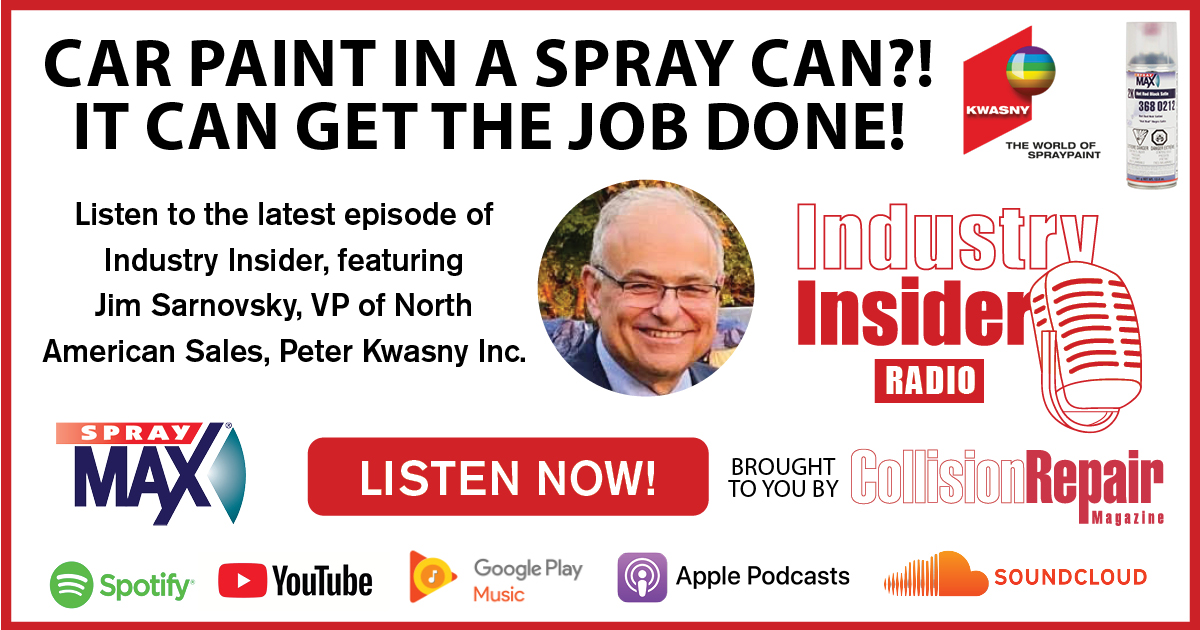