Comment: Unretire Retire Your Ride (not Cash for Clunkers) 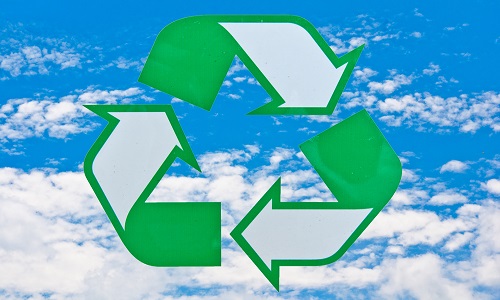 Toronto, Ontario — With the slow return to normal life after months of social isolation, American and Canadian politicians will soon turn their head to another problem—a sluggish economy. What role the automotive aftermarket will play in this remains to be seen.

In making their policy decisions, lawmakers should turn to the history books. It is to be hoped that, in their studies, they pay attention to the different approaches taken by the American and Canadian governments in their efforts to use the auto recycling sector to help kick-start the economy during its last major upheaval.

During the world’s last major economic downturn, the United States developed policies designed to incentivize the scrapping of older vehicles. The approach paid out massive premiums to anyone wanting to buy a new vehicle and they were not overly concerned with what happened to the older vehicle that was turned in.

In contrast, the Canadian Government adopted a number of policies designed to reduce vehicle emissions and if that happened to stimulate the economy, that was a side benefit. Thus was born the National Vehicle Scrappage Program, branded as Retire Your Ride.

The Canadian program paid a modest premium to drivers who sold functional, older vehicles to accredited auto recyclers. By the time it ended in 2011, more than 100,000 older, environmentally damaging vehicles had been taken off Canada’s roads—far more than even the most optimistic Government predictions.

Of course, the program also accelerated the transformation of the Canadian auto recycling industry, which had been moving from a disorganized industry with immense variation in standards and practices, into the more professionalized sector it is today. Only those recyclers trained in and audited for their acceptance of the National Code of Practice regarding environmental best practices in auto recycling benefitted from the program during its run.

The legacy of the Retire Your Ride program has been a long-lasting one. While Federal dollars were no longer devoted to the program, the industry stepped in to play a similar role.

The National Code of Practice was succeeded by the Auto Recyclers of Canada-led Canadian Auto Recyclers Environmental Code. The organization also continued to operate the similar Retire Your Ride program on a volunteer basis.

While primarily conceived as a program that would benefit the environment, the policy helped drive new vehicle sales in Canada—something even OEMs began to notice.

By 2010, OEMs began to petition the Government to increase the program—which had an initial budget of less than $100 million—and offer far larger incentives to participants. When the governing Tories resisted this, the OEMs changed their strategy. In fact, even before the program became voluntary, General Motors, Hyundai, Ford and Chrysler began to provide new vehicle rebate incentives to drivers who participated.

In general terms, the Canadian approach to vehicle scrappage was an unqualified success. The USA’s effort, called Cash For Clunkers and officially known as the Car Allowance Rebate System, was—on paper—a bit like the Canadian program, but was also hastily put together.

With a budget of $3 billion U.S. and offering vehicle rebates of up to $4,500 for recycling certain models, the American model burned through its cash in a few weekends.

Its high profile also served to make the program a magnet for abuse—and bad press.

Due to the artificial value placed on otherwise worthless vehicles, stories of unrecycled vehicles being resold with illegally altered VINs began to appear in news reports. While this spurred the U.S. Government to create a searchable database of VIN numbers, the program’s reputation would not recover.

In the aftermath of the program, its overall legacy was also tarnished by academics. One widely cited article that appeared in the journal Economics Quarterly, is often considered to be the last word on the program’s overall performance.

In The Effects of Fiscal Stimulus: Evidence from the 2009 Cash for Clunkers Program, authors Atif Mian and Amir Sufi argued that, despite spurring a spike in vehicle sales during the length of the program, the lasting effect on vehicles sold was negligible.

While this may be a damning indictment of the U.S.’s approach, what is frequently forgotten is that, while Mian and Sufi concluded that the program itself was not a great success, they stop far short of saying all vehicle scrappage incentivization programs are likely to have similar results.

“Furthermore, our ﬁndings on the reversal of the CARS program may not apply to other forms of government stimulus. It is conceivable that alternatively designed stimulus programs (e.g., extending unemployment beneﬁts) have different implications for the economy.”

While the continued existence of the Retire Your Ride program stands as a testament to the strength of such a well-designed alternative approach, it remains to be seen if Canadian politicians will once again consider funding such a plan due to its association with Cash for Clunkers.

Should they have the courage to once again support a Federal Government-funded scrappage program, however, they will be pleasantly surprised.

The program infrastructure that the Canadian Government helped develop almost a decade ago to make the program a success in 2009 still exists–and still works effectively.

If vehicle scrappage programs are under review, decision-makers should look no further than the successful Canadian Retire Your Ride Program.

Save the Date: ARAAC 2022 Convention returns to Truro, Nova Scotia