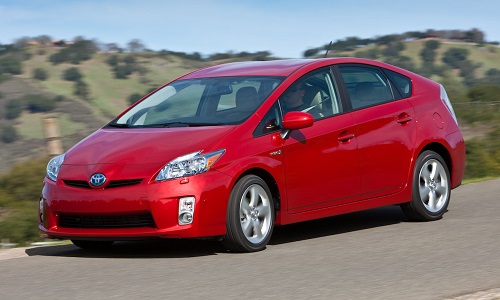 The Japanese car manufacturer announced Friday that the recall will affect roughly 807,000 Prius cars in the U.S.

Toyota released a statement explaining that the defect occurs in “rare situations,” in which the vehicle is unable to enter a, “fail-safe driving mode in response to certain hybrid system faults.”

As a result the vehicle would be at immediate risk of losing power and stalling. Drivers travelling at increased speeds could be at higher risk of a crash caused by the stall, despite still having power steering and breaking capabilities.

The manufacturer has yet to announce if any crashes, injuries or deaths have occurred due to the defect.

This is the second time in four years that Toyota has had issues with the fail-safe procedure, recalling cars in both 2014 and 2015 for similar defects.

A software fix will be applied to affected cars for free and customers will receive a notification for when the vehicle is ready-to-go.

“Due to inappropriate programming in the airbag electronic control unit (ECU), a fault may be erroneously detected during vehicle startup which would disable one or more of the sensors used to detect crashes,” Toyota said.

“This could result in the side and curtain shield airbags and/or front and knee airbags not deploying as designed in a crash. As a result, there is an increased risk of injury in the event of a crash and regulatory requirements in certain markets may not be met.”