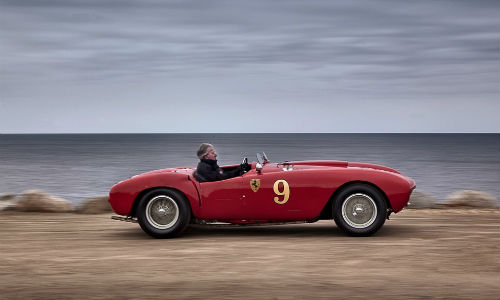 Toronto, Ontario — January 9, 2017 — In this week’s Tuesday Ticker, we take a look at recent acquisitions by Axalta and PPG, FinishMaster’s opening in Oregon, forecasts in advance of the release of financial results for the fourth quarter of 2016 and much, much more! Make sure to check back every Tuesday for the latest news on the big, small and in-between companies making up the automotive claims economy.

– On Monday stocks fell over the course of the day. In Canada a lagging oil price sapped strength from broader markets. In the US traders seem to be wary of putting too much faith in stock indexes that are at record highs just in front of earnings season. Over the next couple of weeks, of course, major listed companies will be releasing their financial results for the full year of 2016. It will be interesting to see what turns up in the data.

– Axalta announced it has acquired the paint business of Ellis Paint Company, a manufacturer of industrial and automotive refinish paint in North America. Financial terms of the transaction were not disclosed. Ellis was founded in 1887. According to a press release, “The automotive segment of Ellis, Pacific Coast Lacquer, developed Poly-Primer, a legacy product which was the original solution to high VOC lacquer primer in the vanguard of the evolution of low VOC coatings in the automotive industry. Pacific Coast Lacquer is a name with a strong reputation in body shops, custom shops and auto design studios.” Ellis also based it business on developing, “… lowest VOC formulations, best transfer technologies and spent material recycling practices.”

Sandra Berg, the President and CEO of Ellis, was quoted as saying, “Our company has proven itself in California through three generations. It is tremendously exciting to know that Axalta will not only help us better serve our current customers, but also make our assortment of environmentally responsible products available to a wider range of national and international customers.”

– AkzoNobel also announced this week it will repurchase up to 2.5 million ordinary shares. A big trend on Wall Street over the last decade has been for companies to use extra money to repurchase shares. By buying their own stock, the amount of shares outstanding is reduced and earnings per share increase as a result. Investors are split on whether the practice is the best use of corporate earnings, but it has become widespread.

– Genuine Parts Company (the parent of NAPA) scored an upgrade from Zacks Investment Research. The investment analyst increased the stocks rating from “sell” to “hold” last Tuesday. According to the note released to clients the company has underperformed for much of this year, but the business has, “… gained from various initiatives to boost sales and earnings, such as product line expansion, penetration into new markets [and] cost-saving activities …” among other factors. Wall Street sell-side analysts are expecting Genuine Parts Company to report earnings of $1.01 in the last quarter of 2016.

– PPG has completed its acquisition of DEUTEK S.A., a Romanian paint and coatings manufacturer. Financial terms were not disclosed. DEUTEK manufactures and markets professional and consumer paints, including the OSKAR and Danke! brands. Jean-Marie Greindl, PPG Senior VP, was quoted as saying this acquisition, “… extends our presence in the region and complements our positions in Poland, Czech Republic, Hungary and Slovakia.” PPG will announce its fourth quarter financials before the market opens on January 19. A report notes that Wall Street is expecting earnings per share of $1.38. The market consensus for revenue is between $3.49 billion and $3.62 billion, according to a report.

– Analysts at Cormark Securities released a note last week saying they expect AutoCanada to post earnings of $1.62 per share for the year. For the year to come, Cormark expects AutoCanada to generate earnings per share in 2107 of $2.05 EPS and $2.57 in 2018.

– Uni-Select subsidiary FinishMaster announced last week it has opened its first location in Portland, Oregon. The location is a brand new “greenfield” development. According to a report, “The Portland opening is the most recent development in FinishMaster’s plan for strategic expansion in the Northwest. It follows the opening of the first FinishMaster branch in Seattle, Washington in September 2016 … With the addition of Oregon, FinishMaster is now located in 32 states …”

President and CEO Steve Arndt of FinishMaster was quoted as saying, “It’s an exciting time to be part of FinishMaster … Our ability to acquire select companies and open greenfield locations, as needed, positions us as a leader in service and support in our market.” Henry Buckley, President and CEO of Uni-Select was quoted as saying, “The opening of a new location in the Northwest is a great kick-off to 2017 and strengthens the foundation for continued growth in a key market. We are committed to continually build our customer coverage across the Northwest.”

– Major funds seem to be setting themselves to take advantage of what could be positive surprises when earnings are announced over the weeks to come. A report in the financial trade press notes that major Wall Street hedge fund Third Point LLC increased its stake in Sherwin-Williams Company by 25 percent during the third quarter. That information has to be disclosed in filings with the Securities and Exchange Commission. Third Point is a New York-based hedge fund founded by notorious Wall Street legend Daniel Loeb. The fund has returned an amazing 25 percent annually to investors and has over $17.5 billion under management. The fund is known as an “activist hedge fund,” that is, the company takes a stake in a company and then pushes for changes in the company as a way of generating return. One of Loeb’s big moves was his effort to dislodge the old CEO of Yahoo and replace him with Marissa Mayer. Loeb carried out that move after he took a stake in Yahoo and joined the board of directors. Sherwin-Williams announces its Q4 financial results on Thursday, January 26.

– Donald Trump seem to be throwing global corporate executives into a Twitter-based tizzy. Last week billions were wiped from the value of Toyota when the stock dropped in the wake of a tweet from Trump threatening tariffs on imports of cars. Commentators are now suggesting that Trump and his tweets represent a “… main enterprise risk” facing business in 2017 (according to one business consultant). “… the president-elect has the ability to impact stock with the single use of two thumbs. He really has extraordinary powers and companies have to anticipate that now,” said the consultant. A report from The Globe and Mail notes that Justin Trudeau’s top lieutenants have “… held talks with top advisers to U.S. president-elect Donald Trump in an attempt to avert a costly trade war between the neighbouring nations … Mr. Trudeau’s principal secretary Gerald Butts, chief of staff Katie Telford and Canada’s ambassador to the United States, David MacNaughton,” have met with the Trump team 12 times since the election. One meeting with, “Jared Kushner, Mr. Trump’s son-in-law, and Stephen Bannon, chief strategist and senior counsellor to the incoming Republican president,” went on for five hours.

– The Bank of Canada notes that the job market is recovering. Canada’s job market ended 2016, “… on a bit of a tear, adding more than 200,000 jobs from August onwards. According to the latest numbers Canada added 50,000 jobs last quarter. The Bank of Canada also announced the results of a recent poll that found “… a greater number of Canadian firms expect to benefit from what they anticipate will be stronger post-election growth in the United States.”

– According to the latest SEC filings, insiders at Advance Auto Parts “… have increased their position in the stock by 55.76 percent over the past six months.” The report goes on to note that, “University of Michigan professor and noted insider trading researcher discovered that when insiders bought shares of their own companies, the stocks outperformed the total market by 8.9 percent over the next 12-month period.” Major investment firm BlackRock Advisors LLC also increased its position in Advance Auto Parts by 3.5 percent during the third quarter, according to SEC Form 13F filings.

– A recent article in The Atlantic magazine is titled “Hedge-Fund Managers With Flashy Sports Cars Make Worse Investors.” Apparently, traders who own minivans are more financially prudent. The conclusion is that clients looking for a solid financial advisor should avoid those who drive flashy sports cars, “… since they’re likely to be risk-prone, unscrupulous, or both … those with a practical, low-thrills car are said to perform better.” The claims stem from a study by a group of researchers that looked at 1,774 vehicles owned by 1,144 hedge-fund managers. “Based on information that financiers are required by law to disclose to the government…high-performance cars signal low-performance investors: The study finds that leadfoots make more trades, bring in smaller returns for clients, exhibit a greater volatility in the returns their investments earn per year, and are more likely to have been caught violating financial regulations … Conversely, managers who own practical but unexciting cars take on less investment risk.”