THE PRIDE OF PARR AUTO BODY

Sorting mess in the name of success

I realized I had lived in two different centuries and two different millenniums! Growing up as a kid we had no cell phones and no computers—we played outdoors and hunted gophers and rabbits. Imagine a 12-year-old today walking into the local hardware store with a .22 rifle over his shoulder and buying two packages of long rifle bullets!

It was previously a simple world compared to this world with computers and the Internet. We had just dodged the Y2K computer meltdown and knowledge on just about anything was now at our fingertips—I am not sure that was such a good thing.

What a dilemma I had in the spring of 2000! I had a fantastic job at Dodge City where I was well paid, nice benefits and a company vehicle. All of a sudden, I got this call from the owners of Parr Auto Body asking if I was interested in buying their business. I was really caught off guard—I didn’t have any money, how could I even think of buying a body shop business?

Well, pride would not let me admit that it was really a pipe dream, so I made them an unbelievably lowball offer—essentially what I offered them for half the business 12 years earlier—and they said yes! Dammit! Now what was I going to do?

Remember: I am a builder, not a maintainer. Dodge City was in good hands, Terry Hrabowy, the assistant manager, and Mitch Paradis, one of our key guys in the back, were ready to step up and quite frankly, they surpassed anything that I ever did. Both men were solid, and with a great crew, I knew Dodge City would be just fine.

My challenge was of the “where am I going to get the money!?” variety. I literally had no extra cash—my wife had been a stay-at-home mom for the better part of the last dozen years and we were a single income family.

In fact, my wife had been working at Kelly Services to upgrade her clerical skills. She had left a job that had a word processor in 1987 and now found herself having to learn Microsoft Office! She had just recently landed a steady job at a local dairy, but they were now planning to shut this plant down and lay everybody off. One of the concessions the dairy made was to provide employees with career counseling so she asked if we could see someone about getting help to buy a business and they agreed.

They set up an appointment with Coopers and Lybrand (now known as PricewaterhouseCooper PwC) so that my wife and I could get some financial consulting. When we arrived at their office the receptionist escorted us down the hall to an office that stated the occupant specialized in bankruptcies! Yikes! Not what I had in mind, but he calmly explained that it was much better to see him at the start of a business venture than to meet with him at the end. I feel terrible that I cannot remember his name, but I met him several years later, on a flight to Vancouver and thanked him profusely for his guidance and insights.

He told us that money was not really a roadblock; there is plenty of money for sharp young entrepreneurs. The challenge is that so few of them take the time to prepare their sales pitch to the money people. He explained that I should take the existing financial statements, figure out what I could realistically bring to the business in extra sales, then do a two-to-five-year plan with budgets and cash flow projections.

The good news is that I had 18 years of experience working for independent, dealer and heavy truck shops, so I knew what it took to create sales and assemble a competent team of people around me. The sad news was that the shop had been struggling the last three years and the financials were trending downward. The first banker I went to talk to kicked me out of his office. He said he already had several body shop clients, and they were all lost causes! If I produced 50 percent of the money, he would consider it. So much for that.

In a way, I was happy. Now I could go to the owners of Parr and explain that there was no way I could get a bank loan and I could just go back to my job at Dodge City, easy peasy. Interestingly, I had been participating in a business networking breakfast group and shortly after getting shut down by my go-to banker I met a new young guy at our breakfast meeting. I asked him what his name and occupation was, and he told me his name was Doug and he was a commercial loans officer for the TD Bank. What a coincidence! I asked if we could meet to discuss a business idea and he quickly agreed to set up an appointment to see him a few days later.

When I went in to see Doug, I explained I had no money, but I had some ideas on how I would deal with that if we could find a workable deal. He was very impressed with my two-to-five-year financial plan, and he had checked me out with the other breakfast club members to make sure I was credible. Interestingly there was a government guaranteed loan program that only required a down payment of 10 percent if I was buying hard assets. Another amazing coincidence. 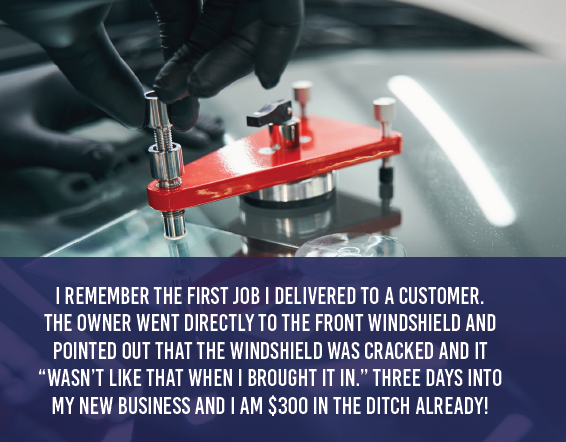 This was just at the start of when paint companies would help shops financially to get their business, and it was my only hope. I had reached out to a few companies and did not get much response. But remember my friend Don Swick? He was flying high with PPG and in no time, he arranged a loan for me to get me the down payment and about $40,000 of operating capital.

Now I had to go back to the owners of Parr and convince them that their business, founded in 1952, had no goodwill value and that I could only buy assets. Surprisingly, they agreed, and we put together a deal that would come to fruition on Sept. 15, 2000. All I could think of is, ‘how the heck did this just happen?’ It just seemed that all the doors I needed to go through opened and let me in—it was amazing.

Dodge City was not happy to see me leave but they were happy to have another wholesale parts account. The existing staff at Parr were not particularly happy to see me show up either. Because the owners did not live in the city, the staff only saw them once or twice a month and they had free range of the business. The front office admin staff—all two of them—were participating in a workshare program and most of their time was spent playing an online computer game where they competed against each other. The back shop staff were decent people but had little direction nor pride in their work.

Some of their regular customers included a school bus company that had them doing their non-insurance work for next to nothing on the premise that the business would get all their insurance work. Same thing for a local ambulance refurbishing company just a block or so away. Both “contracts” were bleeding the business so I quickly told them both that Parr could no longer afford them—they told me I was going to go broke without them. Within a short time, the bus company lost their contract and the ambulance company sold out to a consolidator that brought the work in-house.

I remember the first job I delivered to a customer. It came in on the Friday before I took over and I delivered it back to the customer on the following Wednesday. The owner went directly to the front windshield and pointed out that the windshield was cracked and it “wasn’t like that when I brought it in.” Three days into my new business and I am $300 in the ditch already!

There were no check-in procedures, no controls on job costing, no dress code for the staff. Everything was pretty loosey-goosey and each staff member ran their own little business within the business. Unfortunately for them I could not afford to operate like that, and changes started coming hard and fast.

For some of them, my demands were simply too much. A bodyman quit because I suggested he organize his time to allow him to get in a little bit early and stay a bit late to maximize his productivity—I mean, who likes sanding day-old body filler? The bus guy quit because he really did not enjoy doing regular bodywork. The painter quit to become a mortician—seriously.

But the tough one was our receptionist. She was now working full-time and busier than she had ever been in her ten years with the company. She asked for a raise and I told her that I could do that on three conditions. First, she had to start coming to work dressed sharp instead of a sweat set. Second, she had to learn some Microsoft Office programs (which I would pay for). Thirdly, she had to consider taking something like Dale Carnegie training so that she could better interact with customers. She loved doing book work and was good at it; I just needed her to connect with customers relationally instead of transactionally. She showed up for work the next day with a doctor’s note saying that she would be off work for the next six months due to stress leave and walked out the door. So much for the successful businessman I thought I was going to be. Within a few months I had blown out over half the staff— five of eight—and I was working 12 hours a day, six days a week just trying to keep my head above water.

This was an extremely low point for me, and I questioned what I had gotten myself into. I realized that business ownership is not for the faint of heart.

Thankfully, my story does not end here. 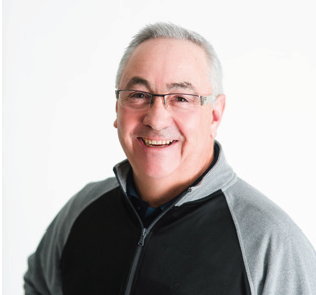