Does AI have a place in the collision repair process? 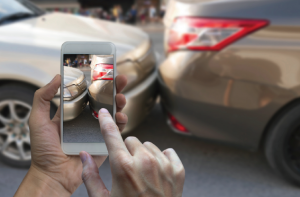 The cliché, “you never know what you have until it’s gone,” has never rung so true among the collision repairer community than it does now. The once-dreaded sight of an insurance adjuster walking up the drive used to bring a flood of emotions over the most seasoned of repairing pros. Today, that same feeling is conjured by the ding! of an email alert and a string of often-blurry vehicle images.

When the pandemic hit last March, insurers across North America—faced with little other choice—put faith in photo-estimating and artificial intelligence technologies in estimating to replace in-person interactions. The reality of photo estimating had long been teased, though the reality of an AI-powered process seemed a distant dream on the horizon; someday we’d get there, and it would be glorious.

Of course, everything changed. COVID ravaged expectations and forced a rapid-fire response. With in-person contact off the table and photo estimation poised as its replacement, it only made sense for insurers to nail down their technical capabilities. A year down the road, and here we are, smack-dab in a world where insurers and IT firms are hyperfocused on perfecting the so-called Holy Grail—touchless claims.

Pre-pandemic, LexisNexis Risk Solutions estimates about 15 percent of U.S. auto claims were settled via customer-supplied photos rather than by in-person adjusters. Now, the data firm estimates that number is closer to 60 percent, and LexisNexis expects it to reach 80 percent by 2025.

For insurers, photo estimation appears like a win. Adjusters can push through more estimates per day from behind a computer screen than out in the field, spending 30-plus minutes travelling between shops. According to Mark Friedlander, a spokesperson for the Insurance Information Institute, a U.S.-based industry group, AI tech has also spurred “great results for policyholders,” presenting an easy-to-navigate collision repair solution in the palm of your hand that many consumers find quite appealing.

The benefits of such a process are plastered across the web and touted by many, but collision repairers are left out of the equation—and they aren’t as rosy about the idea as the rest of the field appears to be. Some see the process as a way for insurers to unload additional work on the already bustling bodyshop.

“The whole concept of an end-to-end claims process adds several hours of unpaid work on our end, including delays in repairs and extensions in rental vehicles,” one reader told Collision Repair mag. “The majority of shopowners I speak with are simply looking for ways we can get paid for our extra work.”

“AI is not the ultimate solution that the insurance companies think it is,” warned another reader. “Sure, it may one day be the way all estimates are done, but it has a long way to go before then.”

The pushback is not to say the industry is unwilling to accept an AI-powered reality. Rapid change is a pillar of the sector, and the idea of reacting to whatever ball is tossed their way is second nature to the collision repairer. As it stands, the consensus among repairers is that AI can benefit the collision claims process—there just needs to be some compromise as the sector prepares to adjust.

“If AI software were to take the place of sometimes untrained or simply outdated human appraisers who ignore or are unaware of OEM procedures and far too often try to repair cheap not properly, I’m all for it.”

As one reader pointed out, AI is only as intelligent as the people who program it— and given the longstanding tension between repairers and insurers, the former’s trust in the latter is flimsy at best. In a world where precious minutes are wasted on disputes over OE vs. aftermarket parts and missed lines on estimates, many repairers consider it difficult to find trust in a machine-powered process pushed on them by insurers.

“It’s still typical today to have insurance rewrite an estimate three to four times before they get it right. It’s not hard to tell that many insurers are using people to generate estimates that have never spent any time in a shop or on the floor getting some hands-on experience in collision repair,” they said.

“If AI software were to take the place of sometimes untrained or simply outdated human appraisers who ignore or are unaware of OEM procedures and far too often try to repair cheap not properly, I’m all for it,” wrote another reader. “This software would have to be industry- driven and designed, adaptive and predictive.

Any AI produced or influenced by the insurance industry I fear would be biased toward cost; not safe, quality repairs.” Regardless, one belief remains true across the industry; AI-powered claims aren’t disappearing anytime soon.

“We’re going to see a lot more use of AI in the not-so-distant future. As an industry, we must be able to adapt to the constant changes we are seeing AI is just another evolution of the claims process between insurance and the repair industry.” 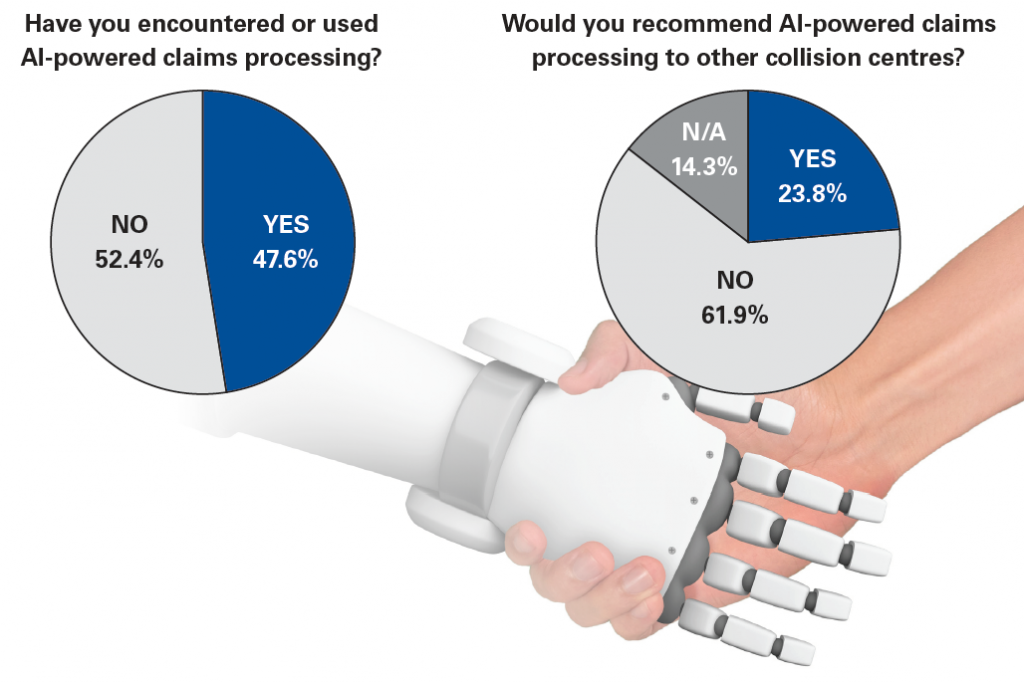