The Autonomous Report: Update on the fatal Tesla crash, self-driving trucks and a robot that parks your car for you 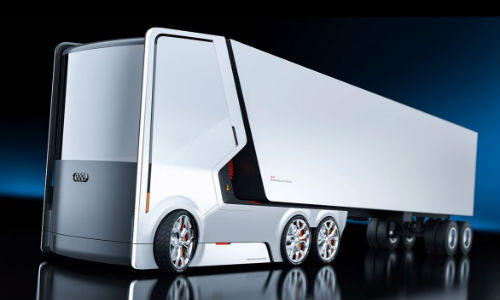 Toronto, Ontario — July 8, 2016 — This week reveals new developments for autonomous vehicles (AVs) including a look into Audi’s self-driving trucks, a Chinese robot that parks your car for you and insight into the fatal Tesla crash.

– Ann Carrns writes in the New York Times that “advances in self-driving car technology have gotten ahead of insurers’ ability to factor the systems into auto premiums.” At least for now, Carrns observes, coverage for cars “using self-driving technology works the same way as coverage for traditional vehicles …While there is a potential question about whether the driver or the software was at fault … in practice the insurer would typically pay the claim and then have the right to ‘subrogate,’ or file a claim against someone else, like the manufacturer or another insurer, to recoup its payment.”

Carrns notes that the lawyer representing the family of the Tesla driver who was killed in a crash while the car was on Autopilot had a standard policy. This issue is a new one as there are relatively few cars with self-driving features on the road today.

– Starship, an Estonian company, has received permission to begin testing a six-wheeled delivery robot in Washington, DC. According to a report published in the Verge, Starship “worked with the local government to develop the Personal Delivery Device Pilot Act of 2016.” This act defines “personal delivery devices,” or PDDs, as “a device powered by an electric motor, for use primarily on sidewalks, capable of: transporting items with or without an operator directly controlling the device; identifying and yielding to pedestrians, bicyclists, other lawful users of public space, and property; and navigating public thoroughfares; and interpreting traffic signals and signs at crosswalks.”

Starship’s delivery robot is electric and “has a trunk that can fit about 20 pounds of cargo, and has a suite of cameras around the outside that can be used to identify obstacles and help guide the robot to its destination.” The robots will be restricted to a “top speed of 10 miles per hour and a gross weight of 50 pounds (excluding cargo). The robots must be able to automatically alert their operators if it encounters either a technology failure or loss of communication occurs, according to the [Personal Delivery Device Pilot Act]. When this happens, it’s the operator’s responsibility to either assume direct control of the PDD, or command it to pull off the sidewalk where the company [who owns the PDD] has 24 hours to remove the robot.”

– Chinese inventors have developed a parking robot to soothe anxious drivers. According to Reuters, “the laser-guided ‘Geta’ (get a car) robot slides under your vehicle, picks it up, finds a parking space in the lot and places the car in the tightest of spots. The robot needs just two minutes to park a vehicle, does not need tracks, has 360 degrees mobility and will utilize space better than humans,” said creators Yee Fung Automation Technology, based in the south China city of Shenzhen.

“The province is a late-comer compared with parts of the United States … A spokesman from Ontario’s Ministry of Transportation said the self-driving car program has a 10-year time frame and has received a lot of interest despite the lack of applications … Ontario confirmed the lack of applications after Reuters learned about it through a freedom-of-information request.”

– The biggest news in autonomous vehicles over the last week has been the story about Joshua Brown, the 40-year-old Tesla driver who was killed when his car, in Autopilot mode, failed to detect a truck passing in front of the vehicle causing a fatal collision. For more on this, please see “Tesla’s Autopilot feature under investigation after fatal crash.”

Robert VanKavelaar found a digital videodisc player on his property where Brown’s Tesla crashed. A movie was still playing. The general consensus is that Brown didn’t see the truck because he was watching the movie.

Brown, a former Navy SEAL, has been described as a tech executive and a Tesla enthusiast. No matter what your faith in technology, apparently it’s still not a good idea to take one’s eyes off the road when driving a Tesla in Autopilot mode. This was something Tesla reiterated after the accident. Even if the car is in Autopilot mode, drivers need to keep their hands on the wheel.

Brown had been posting videos online in the months before the accident, talking about the performance of the car, saying, “the car sees moving vehicles GREAT … Even really slowly moving vehicles. It has a harder time with stopped ones. I suspect this is due to how radar works.” Eight months ago he posted his first video, from inside his Tesla, showing how he was letting the car do the driving.

According to a report in the Wall Street Journal, Tesla Chief Executive Elon Musk had posted a tweet of one of Brown’s videos, in which his Tesla is shown swerving while on Autopilot to avoid a collision with a truck. Musk used the video as evidence of how safe the car is.

A report published in the New York Times notes that Tesla cars do not use the laser system known as Lidar (light detection and ranging), a “spinning range-finding unit on top of the car that creates a detailed map of the car’s surroundings as it moves…Lidar is also used now on many of the experimental autonomous vehicles being developed by Nissan, BMW, Apple and others, but not by Tesla. Some experts speculate that a Lidar-driven car might have avoided this fatal crash.”

Tesla stock plunged after the crash. Elon Musk was described as having a “mini meltdown on Twitter.” Since then, there has been another accident involving a Tesla Model X in Autopilot mode. On July 1, Albert Scaglione, an gallery owner from Michigan, and his son in law were in an accident on the Pennsylvania Turnpike. The accident was not fatal.

– Audi has released a video mock-up of two of their self-driving trucks. The first is a street truck designed for active road use, and the second is their show truck. You can check it out in the player below.

PrevPreviousFriday Fun: Former NFL player arrested for staged collisions, collision avoidance is making cars too expensive and why you should close your doors
NextDesmond D’Silva nominated for Ernst & Young Entrepreneur Of The Year awardNext